Published by Shoutmeceleb Entertainment on 10:48 am 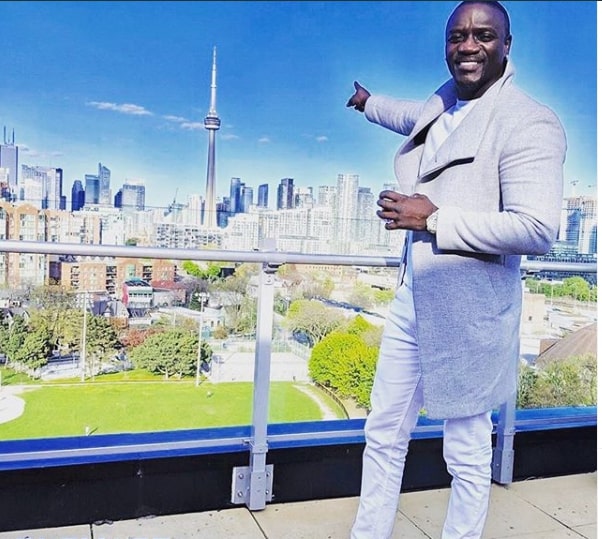 Akon Hot 97 Interview couldn’t have gone any better most especially after schooling African leaders. of not being properly educated regards her resources.

Respectfully I am inclined to oblige to Akon’s view of how the system in Africa has been constantly flawed.

But wait that’s not all, I have also got the likes of Michael Jackson and Whitney Houston lined up for you.

Quickly let’s dive in now, shall we?

Akon: African Leaders Are Not Being Educated

Akon Hot 97 Interview took an interesting turn once the who is currently the richest musician in Nigeria. Respectfully said “I think the African leaders are not being properly educated.

Let’s breeze through that interview and all that he said from the first 1 second to the 42 minutes onset.

I will try to put it how I understand it best, so here we go:

Africa is one of the richest continents in the world today mostly because almost everything you see today is from Africa.

I mean advancement in Techs ranging from mobile phones to laptops, gadgets and more. are all from Africa.

But yet every citizen in the country is suffering one way or the other. and our leaders are giving these resources away without knowing it.

take Congo, for instance, is one of the richest countries in Africa yet it’s the poorest.

I mean whatever was made possible in a mobile phone is as a result of natural resources from Congo.

So isn’t it the greatest irony that a country that is the richest is yet the poorest.

This is because African leaders keep giving away resources that could be used in the betterment of the continent.

Akon is currently working with Chinese billionaires to create renewable energy in Senegal.

But according to Akon Hot 97 interview, the singer said it’s going to be the two types of energy.

Which is that which refined crude oil brings to the table such as Natural gas and more.

Konvict record label owner Akon further said everyone keeps saying that the Chinese are using me. but frankly, all I have seen is a fair trade between myself and the Chinese.

Michael Jackson is The Most Powerful Musician

As the interview continued, Ebro asked the multiple platinum record artist how is time with MJ was…

Here is what Akon said:

When I was in prison I made a 10 years list of everything I wanted to achieve and that list included MJ.

Then one day my attorney said Michael Jackson wants to talk with you. and I was like what?

My attorney said MJ and it was like what the F**k I have got to be dreaming or something. 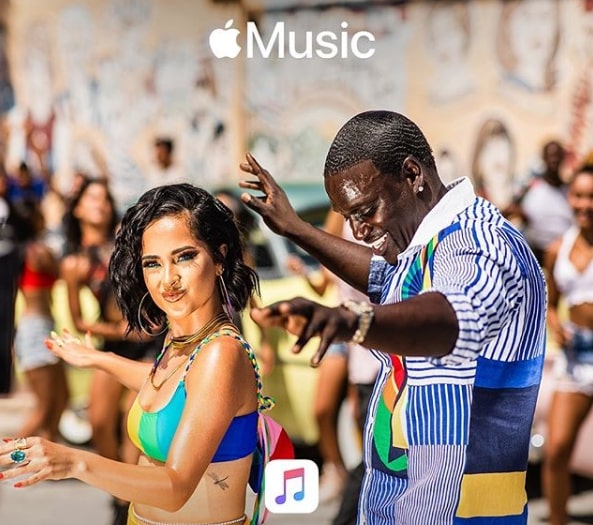 By that time I had no idea that my attorney was MJ’s attorney and just like that’s how it happened.

The next day Michael placed me on a plane and I jetted off to meet the king of pop.

As I enter every about Michael was choreographed. as I got to the door, it suddenly just opened by itself as no one touched it.

As got to where he was, he had his back to me while sitting on a chair and then he turned to face me.

I was very happy and he laughed almost all through as we talked.

A couple of days next we were in the studio and we tried lots of things.

but you have to understand that Michael is the kind of guy that does everything first. before finally picks that which sticks out from the rest.

Finally, we settle with Hold my hands which was a song I wrote for my album. and he said please can I have this song and keep it for myself?

I was like yeah why not you can keep it for yourself.

The interview quickly transitions into all the allegations against MJ on the documentary leaving Nederland.

Akon quickly said you know cooperations are bad and even you know him personally like some of us do. you do know he is the type of person they made him out to be.

As the conversation about Michael Jackson died down prior to taking an unprecedented turn, Whitney Houston came up.

Here is what Akon had to say about Whitney!

I think Whitney Houston is one of the most interesting persons I have ever met.

Whenever she and I hit the studio she would come in with some barbecue onset you know.

But not just that she also came in with lots of weed in hee bag and it was really fun those times with her.

Eminem is a Time Keeper

Akon Hot 97 Interview did bring some things into the light of day of some of the world’s renowned musicians.

Don’t worry none of them was bad. because I really learned a lot from that one interview.

I mean I really didn’t know how to schedule my time but that interview kinda changed my mindset. about a lot of things and how to keep time.

That’s a very productive habit to put in place if you ask me because before the interview. my daily routine kinda sucks honestly.

Here is what Akon said about Eminem:

I learned something really good from Eminem, I mean the guy is a crazy timekeeper.

I remember I came to the studio by 5 pm that day when he and I were working on a project.

On getting to the studio, he was like am done for the day, packed his things and left.

The next day he was already there by 9 am this time I came early and we worked a little bit. and then he was off at exactly 1 pm for launch.

I was like you are almost done with your verse, why not just finish it and he asked are you coming for launch?

I said no and by the time he got back we did the rest of our stuff together and by 5 pm again he closed for the day.

Eminem treats his career as a business and I think I learned how to be just that from him.

Akon Hot 97 Interview did open our eyes about how Africa is one of the richest continents in the world.

But I believe this also begs questions like if Africa is the richest then why are they still very poor.

The answer is simpler than you could have ever imagined…

Do you agree with Akon on African leaders not being properly educated?

Leave a comment below because I will love to hear your thoughts on this.

Do me a favor!

I am Mone Nuel founder of Shoutmeceleb Entertainment, I am a Freelance Writer, Internet Marketer, and site Developer. I love to blog leisurely about entertainment and vacations which is why I created SMC to help you best experience the world online and offline. Have fun while you are here.