Burna Boy African Giant UK record didn’t come as a surprise because of the success of its hit singles like Anybody. 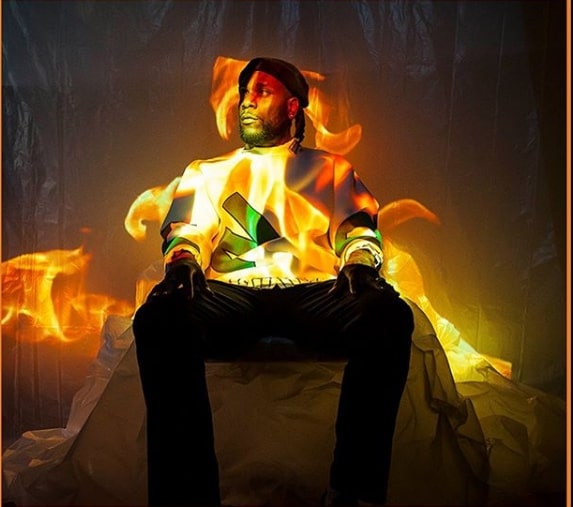 Just a day back Naija musician burnaboy broke another record in the United Kingdom.

With barely 2 weeks of the release of Burna Boy African Giant album, the singer has already. broken the record as the first African to have his album debut at number 16 in the UK.

What’s up my people, it’s your Gee Mone Nuel founder of Shoutmeceleb Entertainment.

A home for you if you need to learn about the biography and net worth of your favorite celebs.

But wait that’s not all, we also bring you the latest music, lyrics, videos, vacation contest.

You can check out our vacation challenge page and decide if you want to change your life.

Perhaps let me rephrase that, check out Shoutmeceleb vacation challenge and register so you. can be one of the lucky winners of our free giveaway.

Thankfully that’s out of the way for now, today I will be touching on Burna Boy African Giant UK record.

I mean this guy is so on fire and I do be crazy not crank out this post on his achievements.

I am super happy for Burna Boy who is currently one of the biggest artists in Naija.

It’s been Davido and Wizkid tearing up the whole place both locally and internationally.

But that changed when Burna Boy turned the table in his favor. Music is about consistently dropping hits that resonate and this guy just showed us that.

Let’s get into the details now, shall we?

In 2018 Burna Boy Ye hit the country bad and all you could hear was the song being played. almost on every nuke and cranny to the 9ja.

That year Oluwa Burna racked up 4 awards from Sound City.

Here’s a list of the awards he won at Sound City Festival award night.

An award which Damini Ogulus mother and manager received leaving a scintillating speech.

Here is the line that drove everyone in the room to stand up to give her a standing ovation.

Thank you BET, thank you, Africa, which is the constituent you and I have been remembered for. If Burna Boy was here on this stage, I believe that his words would be remember you were African before you became anything else.

Don’t need to blow that out of proportion…

Here is the video for you!

The singer also quickly take the best African artist of the year award in the latest season. of the Vodafone Ghana award.

What Record Did Burna Boy Break In UK

Damini Ogulu who currently has a net worth of 1 million US dollars broke the record as. first African artist with the highest-charting record on UK soil.

Did you know that Damini is also the second only artist in Africa besides King Sunny Ade. to have the highest charting history on Billboard?

Well, I know you about to scream incredible upon hearing this but don’t.

He probably isn’t done yet, so, I will advise you to keep that screaming for some other time you know.

The interesting thing though is that even Burna Boy was featured in Beyonce Lion King album.

I remember a few years back when he debuted in the Naija music industry right?

I wouldn’t have tipped him to beat the likes of Beyonce and Chris to clinch number 2 spot on UK charts.

But from that album here is my two favorite tracks.

You could say I am biased because I am a Nigerian but you what they, we have to stick together.

Those two songs are exceptional I have to say but wait till you have listened to it.

Wizkid is currently one of the richest Musician in Africa and heck even one of the best.

but Damini just prove to you and me that records are meant to be broken right?

If you have listened to Burna Boy style of songs, you do say he draws inspiration from the King.

But who is this King?

Well, the King is Fela Anikulapo Kuti one of Nigerians most revered singer in history.

Fela Kuti is the founder of Afrobeat a genre of music in Africa that systematically fused. traditional and modem day music together.

Music is art and for one to arguably become the best, you need to stand for something bigger.

Something’s even bigger than yourself and Burnboy did just that when he created Afrofusion.

A genre of music born off Fela’s Afrobeat and hip hop music.

Everyone knows Bob Marley, I mean he’s a beacon of hope for the reggae stars. 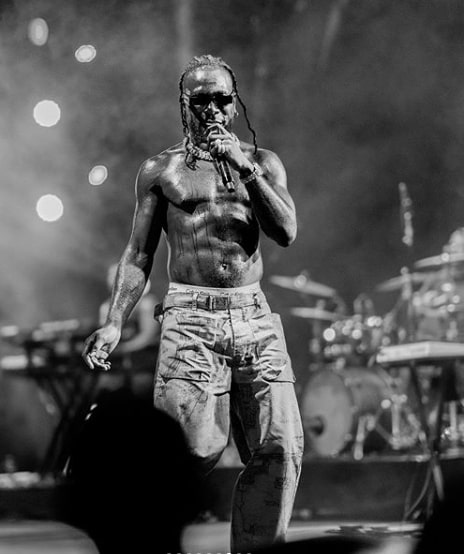 If Burna Boy African Giant UK record proves and billboard 200 debut proves anything. it will be that music in Africa is catching up worldwide.

And it’s good to know that Wizkid who made the list of the richest musician in Nigeria is the frontman of Africa to the world.

An initiative that’s fast taking center stage and cementing Africa as a powerhouse of good music.

African music is fast rising and best of all, I would predict a shift in the musical market where Africans could be the next market of focus.

I mean Beyonce just explore such possibilities, heck even Chris felt the magic.

The guy literally changed his accent to match Davido Blow my mind song.

What do you think the future holds for Burna Boy?

Do you see him getting a Grammy nomination anytime soon?

Use the comment box to leave your thoughts, I would love to hear from you.

Here is what others are reading now: