Facebook0Tweet0
Burna Boy BET award 2019 is the current trend on social media. after his mother’s scintillating speech that won the heart of social media enthusiast.
Well, you can say Burnaboy has been phenomenal from 2018 into 2019. with his latest song Anybody still trending. you can say even Headies award 2019 will favor Oluwaburna.
The event which held in Microsoft Theatre in Califonia saw attendance. from a lot of celebrities from around Africa.
The 2019 edition of the BET award celebrates African stars both in Music, Film, and Art.
Africa has been amazing trying to stay afloat as a continent thanks to some of the great minds. in the continent who have consistently worked to make it better.
Nigerians have also been dominating the music industry with the likes of. Davido, Wizkid, and Tiwa Savage at its helm.
Music has always been a way for people to communicate their thoughts. as well as entertain people very much like the movie stars on the continent.
Burna Boy BET award 2019 saw him edge the likes of Mr Easi to sweep home the award. of Best international Act in Califonia.
But it was burnaboy’s mother that received the award on behalf of his son.
In her speech, she said Thank you BET. thank you, Africa, which is one of the key constituency that we have been noticed.
Burnaboy speech I believe would be that ” Remember you are blacks before you became anything else.”
Her speech warmed up the audience which gave her a standing ovation. and applauds from people that have attended the award ceremony. 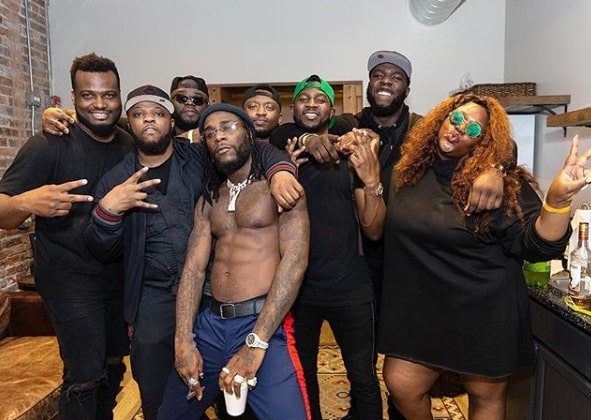 The speech seems to remind us Africans of our root and origin. and also to some of the African Americans who may have forgotten their origin.
Hollywood actress Yvette Nicole Brown actor of Percy Jackson took to Tweeter. and wrote Wisdom from burna’s mother #Fortheculture @BETaward.
In January, she stole the show at the Soundcity MVP awards were her son. clinched four awards, including the African Artist of the Year. After appreciating producer, Phantom, and Kanye West for the success of Ye she told the crowd. “Expect more madness from Burnaboy this year.” according to Vanguard.
Meanwhile, Burnaboy Dangote Lyrics is one of the songs that has resonated with Nigerians. a song with the theme of money and how even the rich still wants more of it.
Over to you guys!
Will burnaboy win the Headies award of 2019?
Leave a comment and a brief reason if your answer is YES and No if your answer is no.
One more thing Share this post on Facebook and Twitter with the button hanging on your screen.
Cheers and thanks for reading
P.S: Subscribe to our Newsletter below this way when I release more post like this. you will be the first to know about it.
[thrive_leads id=’1294′]
#BurnaBoyBETAward2019 #ShoutmecelebEntertainment #AfrcanPride
Facebook0Tweet0