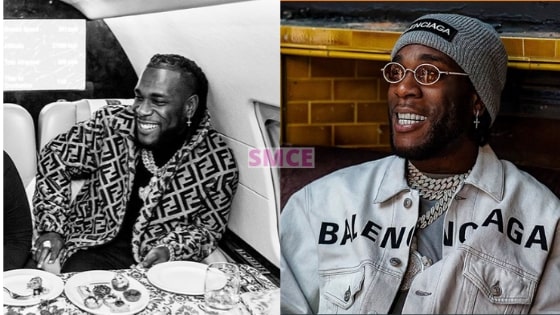 Burna boy platinum plaque award did come as a shock in my opinion. so in this post, you will find out how it became possible the 29 years old.

No doubt Burnaboy is one of the most recent successful musicians in 2019.

Thanks to hit songs like YE that helped announce him to the world.

I was on twitter a couple of days back when Burna boy. made the claim that no one paved the way for him.

A claim which many Twitter users have rather found to be insidious. considering other musicians have been making it before he came along.

However, the story that rules the headline is Burna boy platinum plaque award, he recently received.

Recall a couple of months ago precisely 2019 Burnaboy was featured in stormzy song Own It.

but he wasn’t the only one featured in that song. Ed Sheeran was also one of the superstars that featured.

Okay, I know you are still trying to make sense of this whole Burna boy platinum award thing I will help in that regard.

Now let’s dive in a bit!

In other, for Burnaboy to win a platinum plaque award it could only mean that. the single had sold more 1,000,000 copies worldwide.

and as of when putting together this piece, I realize that Stormzy own it ft Burnaboy and Ed Sheeran. has sold over 600,000 copies in the US alone.

Now if these figures is added to the number of copies sold in the rest part of the world. it means the Burnaboy platinum plaque award is very plausible.

especially if you consider the same song has done more than 600K in the UK and US alone.

Nigerians have always been very supportive of Burnaboy and his success.

Burna boy is currently one of the richest musicians in Nigeria today, thanks to his 2019 album African Giant.

and this has, in turn, increased his net worth to a greater amount in 2020.

You can read about Burnaboy net worth and his biography here.

I went above and beyond to cover that topic and am positive you will find it interesting.

When you speak of Afrobeat there is just some names you can’t help but place above others.

and Fela Anikulapo Kuti is the father of Afrobeat in Africa.

As a matter of fact, his sounds could still be felt even years after his passing.

Nigeria music has started to gain international audiences and names. that will get called upon almost all the time are these names.

This is the first musician since the death of Fela that has made Afrobeat gain traction mainstream.

and as such these names will echo in history so long as you and I have a life to tell the Folklore.

While 2019 may have looked so unkind to the Nigerian superstar. because he lost a chance of taking home the Grammy Award.

As a matter of Burnaboy lost to Angelique Kidjo who was featured by Yemi Alade in the track Shekere.

When you watch her sing, you can only imagine why Burnaboy would lose to Kidjo.

You could see that exuberance in her style and controlling the crowd. the way she did, tells she is a master of her craft.

but that’s just a little salt upon injury for Burnaboy as he also lost at the BRITS award.

Yeah in 2019 you could say he took home the BET award for best international Act. to which his mother and manager gave a scintillating speech.

However, the biggest moment that will not leave the mouth of fans anytime soon, is beating. Davido, Tiwa Savage, Wizkid to claim 2019 Headies award.

and to be quite honest, you know he was going to win the moment YE was released.

Kanye did quite a job with that track, didn’t he?

but the magic was in Burna Boy afro-fusion which may be seen as unique to the 1991 born Nigerian.

While Olwaburna also kick-off 2020 with songs like Money Play, it is difficult. for you and me to forget how he started this journey.

but one of the popular questions you could ask is who is Burna boy?

Well, I can tell you that Burnaboy is a Nigerian musician, singer-songwriter of the genre Afrofusion.

A genre that fused Fela sound and Afrobeat together to create an entirely different sound.

His real name is Damini Ogulu born in Portharcourt a state.

Burna boy left for the UK to study but was later shipped back to Nigeria for a misunderstanding that broke out. while he was very much younger.

and why he may be under fire after Idris Abdul Kareem said he has to apologize. for saying nobody paved the way for him. 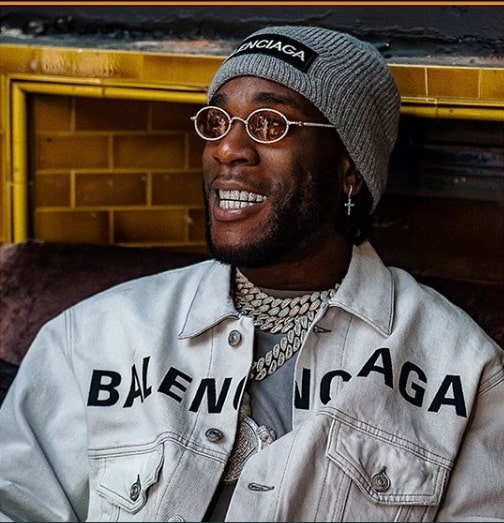 According to Idris Burna boy stole some of Fela’s work fused with Afrobeat to become whatever he is today.

and time and time again, you and I have continued to say that he tries to copy Fela’s style.

So was Idris right?

Well, I will leave you to be the judge of that but for now, I believe Stormzy must be proud.

and same can be said for Burnaboy who won his first international award in 2020. just days after Davido picked up two platinum awards on his hit songs blow my mind and Risky.

Burna boy platinum plaque was presented to the Nigerian superstar by Stormzy backstage.

and many top celebs have since joined to congratulate him for making such an achievement.

So when next you get asked what track or song gave Burna boy his first platinum plaque award?

Here is your answer: Burnaboy platinum plaque award was won when he featured in Stormzy single Own It with Ed Sheeran.

Now I would love to hear from you!

How would you rate the Burna boy platinum plaque award?

Did he deserve it or did he not?

Thanks for reading and show me some love by sharing on Facebook today.

Social media has been the mouthpiece of so many since its prominence in the mid-2010s with the rise of Facebook. …