Chris Brown Davido best man for upcoming 2020 marriage to Chioma who is pregnant with OBO’s child. after David recently confirmed it via Instagram.

This is going to be the obviously predicted Naija celebrities news headline come 2020.

I know you probably won’t believe that but I won’t rule it off seeing how this bond so well.

While music has always been CB thing worldwide Davido is Nigeria Cristiano Ronaldo.

I know that is an unlike comparison considering their different aspect and choice of Professionalism.

Okay, let’s take it from there a bit now…

I have always loved a debate between who is the best between Wizkid and Davido.

Just as much as I fancy who is the best between Lionel Messi and Cristiano Ronaldo.

Davido and Wizkid are one of my favorites but my all-time favorite Naija musician will be Psquare.

I know both have split but I am still very much rooting for the twin to get back together.

Because together both were monsters unrivaled by anything in the Nigeria music industry.

Peter and Paul now perform under the name Mr P and Rudeboy. and both have released quite a handful of audio and videos.

Here is a list of some of their songs, you can check it out if you so, please. but be warned the two brothers will blow you away honestly.

I apologize for that slight digress but it was a very important one. because it reminds of a time when they were the richest artist in Africa.

Now that feet are being held by Wizkid and Davido who has one stealth of a career at such age.

Back to Chris Brown Davido groomsman!

If you are like me, you probably already know that I love good songs and also anything that compares. two great singers to each other for example Wizkid and Davido.

You can check out this post on Davido and Wizkid net worth, what you will learn would be worth your time.

So how did breezy get into Davido’s blow my mind?

Well, if you can recall when I wrote a piece of article about Davido net worth and biography, I touched a little about. him being born in Atlanta Georgia, right?

This means technically David is a citizen of the United States of America if you feel me right?

His musical career first started there when he dropped out of school to do music before coming back to Naija.

Have you heard that saying that we are all connected in the world?

Yea that’s so true because David knew someone who knew Chris Brown. just like that, it all happened.

Plus Chris loved Davido song Assurance and was always playing the Naija hit song of 2018. 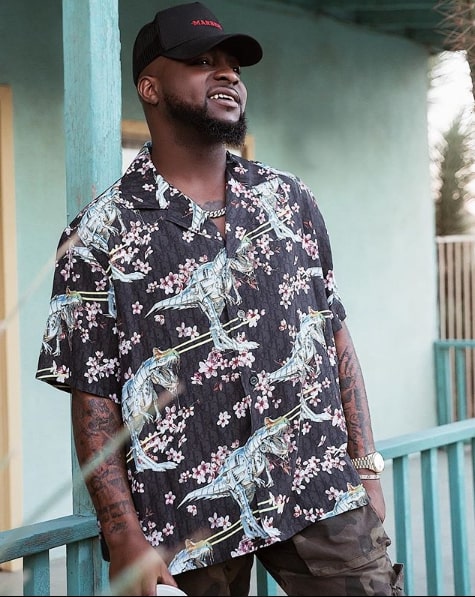 According to David Adedeji Adeleke, when his friend hit him up and told him how Breezy plays his song. all the time, it sent the right message to David and such the collaboration.

I have always loved Chris Brown right from the moment of With You. a song which did establish him as a voice in the world.

but my respect grew a lot bigger when I heard him singing in that Nigerian Pidgin English accent.

That was just incredible for me honestly, and now we got ourself a Chris Brown who is requesting. to be Davido’s best man in his coming 2020 marriage.

CB’s career has been impeccable if I would be real with you right now.

and it has even earned him a comparison with the great MJ by 50 Cent who is directed an Episode of power.

This isn’t the first time though many have been compared to Michael Jackson including queen Beyonce.

But I will leave you to decide who the greatest of all time between MJ CB and Queen Beyonce is.

As for me I most certainly would pick Michael Jackson a million times over despite some of the things. everyone is claiming he did to kids before is famous passing in 2009.

You may be wondering how is Chris Brown Davido best man when the marriage hasn’t happened yet right?

But the real question is would Davido refuse Chris Brown from becoming his best man?

You could see the professional chemistry between them when Davido and Chris Brown stage performance blew Barclay centers away.

If you are hoping for any other answer then perhaps I don’t have it.

Because I think it would be crazy for your Chioma’s boyfriend David to turn down such honorary request.

Anyways Davido proposed to Chioma a couple of days backs precisely on the 12th of August. just 2 weeks after the two families did an official introduction.

and the singer has hinted that 2020 will be the year to tie the knot with his long-time girlfriend Chioma.

Davido in 2018 was rumored to have broken up with Chioma but 2019 suggest otherwise. with the two love birds ready to give 9ja one hell of a marriage ceremony.

Davido strong love for women is the direct reflection of her how much his mother meant to him.

and Davido has also previously said during an interview that Chioma is special.

You and I both know that marriage is not just a union between a man and a woman it’s a life contract.

I remember when my mom would say when you find the right woman, you would just know.

Guess she was right after all because when Davido found Chioma I believe his heart knew.

That is why he said she sabi cook, she sabi do, I never met nobody like you.

A lyrics of Phyno Ride for you featuring Davido.

So, I am positive Chris Brown Davido best man would trigger nothing but more love and respect for both artists.

Adeleke’s son David has been splendid since debuting in 2012 and further releasing hit song Aye in 2014. If anything time has taught me that dreams do come through.

and Chris Brown Davido best man would have only been in the dreams of OBO.

But guess what it takes consistency for the world to remember you and come to your door.

Do you think Chris Brown really would be Davido’s best man in the year 2020?

Leave a comment below with your thoughts. because I really want to hear your take on this.

Please do me a favor by sharing this on Facebook now.

Thanks for reading and I love you.