The Cost of Timaya Maybach Ride Will Surprise You 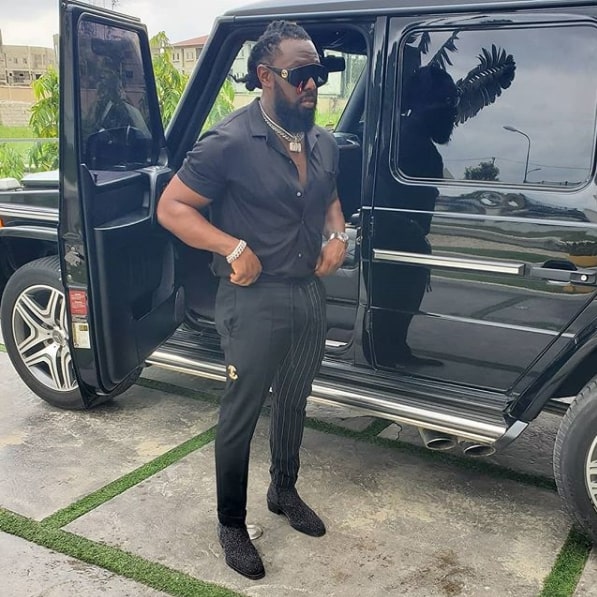 The cost of Timaya Maybach is what is ramping social media like Facebook, Twitter, Instagram after. the singer posted is new car collection called the Maybach. Timaya’s garage of cars is one that can utterly leave anyone speechless.

If there is anything that Timaya aka Egberi papa one of Bayelsa. is really famous for, that would be his lifestyle.

Timaya is among the top 50 richest musicians in Nigeria alongside the likes of Davido and Wizkid.

You are probably still doubting what I just right?

I understand which is why I also want you to look at this top 10 richest musician in Africa here.

If that is not enough to convince you then I don’t know what is. because you can agree with me on the fact that making the top richest singers list is not impossible but not easy either.

The luxurious life of Timaya has earned a name for himself in the round table of the elites and most successful. singers in one of the richest black nation in Africa.

While this certainly takes hard work, you could Timaya new Maybach. is one of the luxuries the 39 years old spend his hard-earned money on.

Frankly, I am all about enjoying this life to the fullest. most especially if you have come to realize that you don’t have on the time in the world.

My point is spending money on some of the things that bring you happiness according to psychology. is one of the several ways you can live a healthy life.

In the Nigeria music industry, singing is now one of the most lucrative ways of making a living.

Timaya has a lot of luxurious cars and a house that is among one of the finest among celebs in the country.

I could remember about 21 years ago when if you are a musician you are considered not to have a life.

You could argue things are a lot different now fast forward. 21 years into the future then you see where am coming from.

Well, for many of us our dreams weren’t what we wanted it to be but what parents thought was best.

Who is Enitimi Alfred Odom? Timaya is a Nigerian singer and songwriter of genre Afrobeat.

The singer rose from Niger Delta in the south-south side of Nigeria. Timaya fame came during a time when crisis lit the region up in flames.

This brought about the inspiration for his first album and with it the hit Song Dem mama.

Dem mama quickly becomes favorite all over the country since it’s a song with a theme that fights senseless killings of people.

One notable scenario would be the mindless killing of people in Ode a community in Port Harcourt.

You can read about it here for a more indebt cover of the article.

The 39 years old have released several songs and album after Dem mama album and one of his latest work is Chulo vibes.

The album is EP and from it surface tracks like Balance and I can’t kill myself. you should listen to those two tracks, I guarantee you would like it.

and if you are very much interested with his early beginning then you need to read this post on Timaya net worth and biography here.

I covered everything there is on that post so you won’t find it boring like most posts.

How Much Does Timaya Maybach Cost

The Maybach is one of the cars that have been predicted to take the feature of an automobile to a new level.

at least back then when the car was first produced, that was its the sole purpose. to be the go to guy for the rich when you want comfort.

It’s a shame that didn’t happen but does this mean the Timaya Maybach cost anything less than 50 million Naira?

Well, I am positive it cost more than just a measly 50 million Naira if you ask me.

So how must does Timaya Maybach cost then?

Timaya Maybach cost a stunning $300,000 and if you convert this figure to Naira then we are talking millions.

But I have to be sure and you have to be the sure the exact cost of Timaya Maybach in Naira right?

Okay for this I will have to convert Dollars to Naira to really get the exact cost of Maybach in Nigeria.

A dollar to Naira is about…

This is the basics, right? 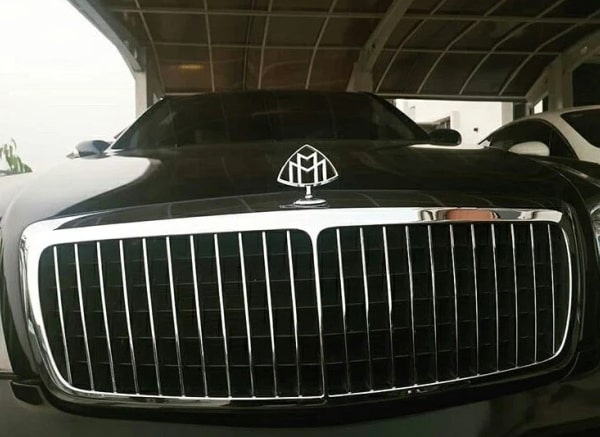 For the rest of this post, I will talk about the Maybach specification and the year it was created.

Maybach Motorenbau (German is a defunct German car manufacturer that today exists as a sub-brand of Mercedes-Benz.

Maybach was founded by Wilhelm Maybach but in today’s world, you could say it’s now a sub-brand of Benz.

The company was founded in 1909 by Wilhelm Maybach and his son, originally as a subsidiary of Luftschiffbau Zeppelin GmbH, and it was known as Luftfahrzeug-Motorenbau GmbH until 1999.

In 1960, Maybach was acquired by Daimler-Benz. The name returned as a standalone ultra-luxury car brand in the late 20th century.

After slow sales, Maybach ceased to be a standalone brand by 2013, and it became (in 2015) a sub-brand of Mercedes-Benz, which is owned by Daimler AG.

As of 2018, Daimler produces an ultra-luxury edition of the Mercedes-Benz S-Class under the Mercedes-Maybach name.

According to Edmunds, This is one of the worlds most exquisitely. comfortable cars, particularly for backseat occupants who are treated as royalty.

The Maybach provides an endless seat and climate control adjustments, a pleasant ride and a hushed demeanor.

If you can’t get comfortable in this car, you’re doing something wrong.

The cost of Timaya Maybach is undoubted because of the comfort, speed, modern-day techs. that is incorporated seamlessly in the built of this car.

The 2018 Mercedes Benz Maybach sedan looks like Benz is taking the automobile to a next Gen. but whatever that be, you and I will be here to see what the future holds for the more than 100 years old Maybach automobile brand.

Leave a comment below because I would love to hear your thoughts on this.

Do me a Favour now, please!

Thanks for reading and Cheers to you!

Wizkid and Northboi beef isn't one that has been expected because of the time the two have spent together. today…