Davido album 2019 will mark his 3rd studio album after he dropped Omo Baba Olowo album in 2012. Davido is a Nigerian singer and songwriter.

He is the son of Adedeji Adeleke a Nigerian billionaire with four children. Davido being the second to last child.

Davido new album 2019 will see the 28 years old who move 7 points on US billboard with his song Fall to displace. to displace some notable figures in the US music industry.

A few days back he took to his Twitter to drop a Tweet about a just-concluded video shoot in Mauritius. It is no news that he currently sits on top of the list of Top 10 richest artist in Nigeria.

Some of the other people he topped in this list are Wizkid, Davido, Olamide, Don Jazzy and many more. Having said that, here is a quick question for you:

Davido and Wizkid Net worth who is the Richest?

Go straight to the comment session to drop your thoughts because many people. do not who is worth more between the two superstars.

After several rumors threaten to drag his name to the mud he is back with a summer banger. One such rumor is when he was alleged that he Stole perfume from a UK store and the other one being him slapping Kizz Daniels Manager Tumi Lawrence.

I dropped a link for you to check that post above if you did not know about those rumors. feel free to check it out, will you!

Mr P and Rudeboy Net Worth: The Hidden Secret

what Davido fans may be expecting is a banger in summer. It has been 7 years since his last album Omo Baba Olowo dropped.

I think wanting more of a good song will be what the fans of OBO would want and nothing short of just that.

Davido album 2019 may feature some of his DMW music stars like Mayorkun. and Perruzi who are the possible favorites from Shoutmeceleb Entertainment list of Davido features.

One of his newest features is with American artist Russ. If you have not listened to that song then I suggest you do.

I guarantee you will enjoy the Naija born doing his thing. When Yemi Alade Oh My Gosh video aired, I listened to the song. and honestly, Davido could have done better with Rick Ross line.

It just goes to prove that not everyone is a good feature but when she switched back to Afrobeat I nearly exclaimed. It was magical seeing her hold such a strong vocal.

Anyway, no offense to Ricky’s fan base it is nothing personal. but Yemi Alade probably made a poor choice there. It is my opinion though.

Davido 2019 Album May Be What Undo Wizkid

I know it is not strange to you that whenever you hear the name Wizkid, Davidos name just follows right?

here is the interesting part!

Yea same goes for me, I am not shocked either because I know these two are world class. considering they have both been killing it since each of their debuts.

The Crazy Thing About Being A Fan

One of the crazy thing about being a fan is that you just cannot stop supporting who you feel is the best. Same can be said about the fans of Wizkid and Davido.

Some weeks back I dropped a post titled Davido and Wizkid net worth who is Richer and My team and I even interviewed some of the fans.

If you did not see that post then I suggest you check it out. particularly one Damilola Oniyide reply was stunning. You do not want to miss what she said.

Wait there is more!

Did you know that Davido 2019 album has been tipped to contain more than 7 songs?

I even dropped a $30 bet on that with a friend recently who claims that he heard from a reliable source that Davido album 2019 will contain exactly 13 songs.

I mean this song is coming in summer and he already knows this? You are no Goddamn soothsayer man. stick with what you know.

Those were the exact words I said to him but he was willing to take me on for my money. but it is a bet am positive I will win. 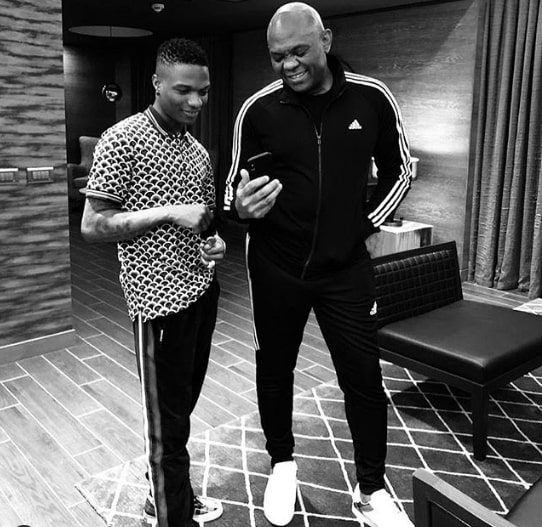 I am this certain because when doing an analysis of some of the recent albums produced. by Naija musicians, we notice that most of the album released between 2016 to 2018 contained just 10 songs.

I have my stats and what he had was mere words, and I am counting on collecting my 30 bucks…. lol

Nobody knows if Wizkid has plans to drop an album in 2019 but it will sure be good right? mostly because it is going to make 2020 Headies award hot.

Davido album 2019 may see him take home the Headies award of 2020 should Wizkid fail to release anything solid. I mean he has been flying since this year started.

If there is one thing I am damn certain about it will be that Davido new album 2019 will be a must listen to fans in the country. So, I will keep you posted once it drops.

In one word describe how Nigerians will react once Davido upcoming album for 2019 hits the ground?

I love you guys and remember #Weareone #Maketheworldabetterplace #SMC #ShoutmecelebEntertainment

Davido and Wizkid net worth 2019: Who is Richer