Today I will show how Davido broke YouTube record with the release of Blow my mind. in which he featured America singer Chris Brown. 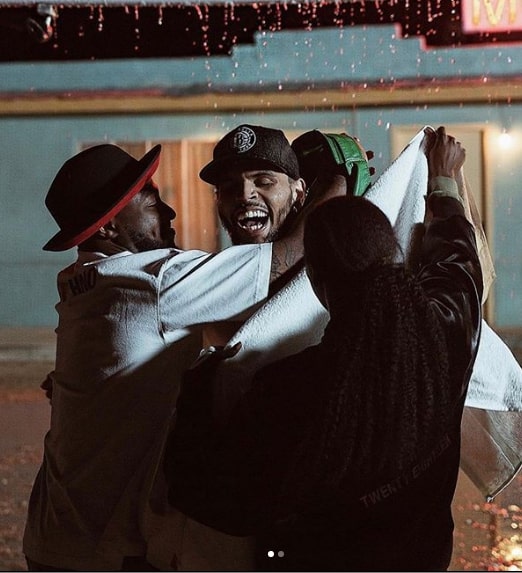 This post is going to take you more than 5 minutes so please block everything else for 5 minutes.

Follow the link above to read more on the vacation contest, there is a lot you can benefit from it.

Having said that I believe you already know that there’s a fan base for every singer right?

Well, David Adeleke used his to break a record held by Wizkid in 2018 whilst he featured Tiwa.

It’s no doubt that fans will always compare Davido and Wizkid net worth. just as Ronaldo and Messi have been compared for more than a decade now.

I know you understand what am talking about right?

Truthfully everything is fair in love and war especially when it’s music and soccer right?

A few hours ago I posted Davido Twitter reaction as he laments on how unfair he is treated.

This came a day after his new song Blow my mind clocked Million of view in a single day.

You can follow that link above to read more about that post. There is a lot of interesting things you can learn too.

Davido broke the record for most views on YouTube Nigeria amassed under 24 hours. a record which was previously held by Wizkid in 2018 after the singer released the video for Fever.

It’s no fuzz you would say but then when you have Wizkid and Davido fans lurking around.

But with fans of the waiting for an opportunity to throw shade then you do take back your word.

Lolz… I am kidding you know!

It’s crazy to think that Davido is not hard working. most especially if you take a deep look at his achievement since his debut 7 years ago.

While the singer has claimed no one supports him. a statement which am positive excludes his fans.

It’s okay to say that in the music it’s always survival of the fittest.

and you also probably know by now that opposition fans won’t take it easy on you.

Having said that the singer who currently has the largest following on Instagram as Nigerian. is one of the most successful musicians in Nigeria.

When I posted about the top 50 richest musician in Nigeria, I wasn’t surprised he topped the list.

Although Wizkid took the second spot from a previous number one spot.

It’s okay to point out that there is always a constant fluctuation so you might seem Wizkid climb back.

I can’t even begin to Imagine Why anyone would say Davido doesn’t deserve to be among the top.

I mean this guy sits alongside Wizzy baba as some of the richest Musician in Africa.

Davido took to his Twitter handle to tweet asking his fans to help him get 10,000 retweets. of his new song when he released it. Also, a larger portion of the success also came because of the collaboration with Chris Brown.

Chris Brown indigo album made it top to the number one spot on Billboard charts of hot 100.

I particularly love the strategy used by Davido, because if you need to be successful. then you equally have to be calculative.

One which the 27 years old has used to his advantage.

Chris sharing his audience of 55 million followers on Instagram certainly helped too.

and considering his recent success it makes sense if a collaboration with him increases views.

This isn’t things that you don’t work for and it just comes to you na ba?

Am sure Jay Z knee the work he put in to become the richest black rapper in the world.

So I think it’s bizarre fans go about saying this guy doesn’t deserve shit and even call him frog voice.

Davido net worth has also seen a steady rise after his hit song Fall which is also on the billboard. Gets a major cross over recognition.

But that hasn’t stopped rumors from being spread about his success.

Davido Rumors prior to Success

It’s only natural for you to have enemies once you hit stardom and OBO is no exception.

So for these subheadings, I would look at some of the rumors about Davido…

The first Rumor that plaque him late last year was that he stole perfume from a UK shop.

So how true was this claim?

It actually held no wonder when it was reviewed. as it turns out it was just another pot shot the singer for attaining success.

What about the Rumor that he broke up with Chioma same 2018?

That too was an attempt to sabotage his relationship after doing assurance with girlfriend Chioma.

After the feature on Kizz Daniel song, it was also rumored that he slapped Kizz manager.

It turns out it was also a false alarm and both David and Kizz talked it over. and in 2019 DMW directed a collaboration for Mayorkun ft Kizz Daniel True.

Within its first 11 hours Blow my mind already broke the previous record held by Wizkid.

Wizkid one million views came exactly 24hours. and this left Davido with another 13 hours to set a new record.

Davido became the first Nigeria musician with 2 million views on YouTube within 24 hours.

It’s always an interesting topic when you write about record-breaking right?

David fans will be more than happy considering this came after he was trolled by fans. For not getting an invite to participate in Beyonce Lion King album.

What is the reason you think Davido YouTube Record became possible within 24 hours?

Thanks for reading and cheers to you

Here is what others are reading: