Davido grammy award nomination did come as a big surprise but was it strange that this happened? I believe yes but let’s find out everything about it now. 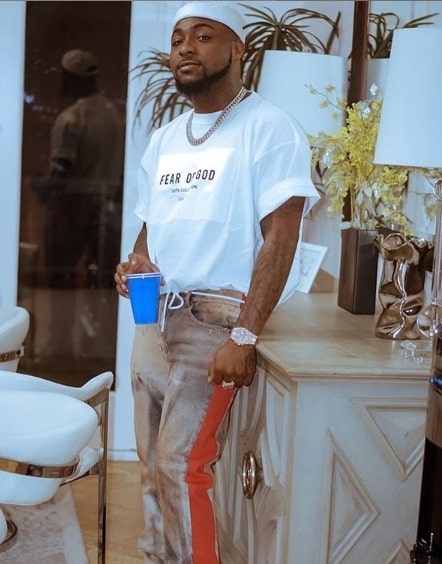 After the collaboration between Davido and Chris Brown on Blow my mind(BMM), it was certain David got his moment.

and like my mother would say “life is a collection of moments”. and each of those moment fused together to create memories.

I mean you can’t be one of the richest musicians in Nigeria and not have a sit on the table of elites, right?

Davido is one of the richest musicians in Africa and as such a collaboration with CB could have happened right?

The answer is yes because in the music industry, affluence is also a tool to be used in your favor.

Blow my mind also went on to break Nigeria YouTube record for most-viewed video within 24 hours.

While this is quite an achievement considering social media started to criticize him for being neglected by Beyonce. in her Lion King inspired album.

The likes of Burna Boy, Tekno, Yemi Alade, Wizkid, Eazi, and a few other African musicians were featured on the album.

I personally fancy Wizkid Ft Beyonce brown skin girl and the fact that queen Bey most recently submitted the song for a Grammy nomination says how good the world thinks the song is.

You can download brown skin girl here if you haven’t listened to it before, it’s undoubtedly a nice song.

A couple of hours after Beyonce submitted the song Premium News also hinted at Chris Brown. submitting Blow my mind for a Grammy nomination.

I know what you are thinking!

Can Wizkid or Davido win a Grammy from the most recent collaboration the two has? with American stars Beyonce and Chris Brown?

Frankly, without any international collaboration, I doubt if that would even be a topic any time soon.

But considering how Afrobeat is getting mainstream around places like the UK and US, you can’t rule out with possibilities.

Chris RCA submission of Blow my mind for a Davido grammy award nomination couldn’t have come at a better time.

The reason being that it’s coming at a time when Davido and Wizkid are pushing the dream of Africa to the world.

So a collaboration with top music stars like Beyonce and Chris Brown would go a long way. if this two Nigeria singers could get a shot at being nominated for a Grammy award.

It’s always being a debate on who is the best between Wizkid and Davido.

If you are a huge fan of the two superstars then you probably know that this isn’t a debate you want to indulge in.

Because you probably are torn within worlds considering both are the legends in current Naija music industry.

David is having a flying career so far having performed on 50 Cent show.

If that doesn’t sound like a flying career then sharing a stage with Chris Brown on his Indigo tour certainly it.

Wizkid and Davido grammy award nomination seem to make the round considering both are currently having a stellar career.

and if there is a possibility of Davido winning a Grammy then this is the moment in his career.

While adding a Grammy award to his archive of awards seems a long stretch, the 27 years singer might have his plate full.

Davido only recently proposed to his long-time girlfriend Chioma Avril Roland. with a possible marriage coming up by 2020.

and Chris Brown is already booking a possible groomsmen spot if and when the marriage takes place.

David was born in Atlanta Georgia but later moved down to Nigeria to complete his tertiary education.

The singer successfully secured a degree in music after his father begged to go to school.

You can read all about Davido biography and net worth here.

While it’s easier to dominate the local market, the international market may be a lot harder. because of the arrear of talents available in the UK’s and the US.

This is one of the reasons David moved to Nigeria in the first place to find that break needed. to establish him as a voice to be heard in music.

According to Wikipedia a Grammy Award (stylized as GRAMMY, originally called Gramophone Award), or Grammy, is an award presented by The Recording Academy to recognize achievements in the music industry.

The trophy depicts a gilded gramophone. The annual presentation ceremony features performances by prominent artists and the presentation of those awards that have a more popular interest.

The first Grammy Awards ceremony was held on May 4, 1959, to honor and respect the musical accomplishments by performers for the year 1958.

Following the 2011 ceremony, the Academy overhauled many Grammy Award categories for 2012.

Grammy is one of the 3 biggest awards in the world with American Music Award holding in Fall. and Billboard Music Award coming up in the summer.

Davido grammy award can only be possible should the song submitted by Chris Brown gets nominated.

RCA choice of picking this song is tied to the Chris Brown brilliant performance of switching his accent. to mimic the popularly spoken Pidgin English language.

DMW record label boss is flying high like he has done since his debut 7 years ago and he is not looking to stop.

While 2020 looks promising with the next Grammy awarding underway, I believe it would be your wish that David Adeleke wins a Grammy.

Do you think Davido could win a Grammy without featuring an international artist like Breezy?

Leave a comment below with your thoughts because I would love your take on this.

Do me a Favour!

Here is More Articles For You