Published by Shoutmeceleb Entertainment on 11:16 am11:16 am

The truth is if you wish to be famous in a couple of years, all you have to do is go into entertainment.

but it’s also true not everyone can make it in the field of entertainment. and this does not mean you should not try.

For Davido singing just comes naturally and if you combine his talent and hard work. you and I can agree David’s fame didn’t come cheap.

It’s a product of hard work dedication, hustles, grinding all masterfully crafted into one.

You see all the tracks here, they are all hit songs. this means he knows and he is a master of his craft right?

You may not agree but the answer is YES!

So in today’s post, you and I will be looking at every endorsement deal the singer has landed over his career.

How Many Endorsement Deals Does Davido Have?

There is no short answer to this question for the reason that endorsements expire. after the year the agreement reached elapse.

but what I aim to is combine all Davido endorsements. from the beginning of his career to the present day.

What this means is that whether the endorsement deal has expired, you will still see it here. 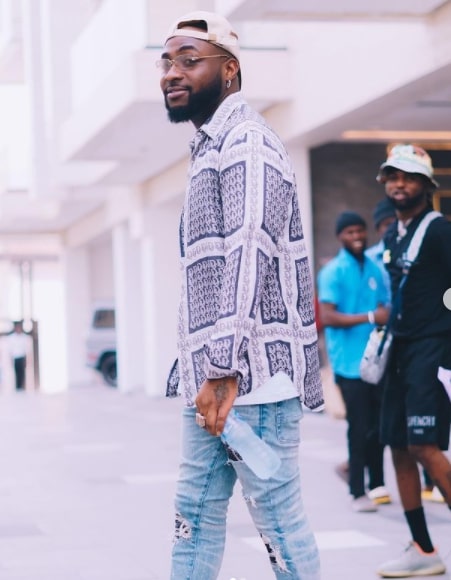 Now to answer your question about what is Davido endorsements, I will try to touch every endorsement deals that Davido has ever approve to…

Davido over the years of his illustrious 7 years musical career has bagged several seals of approvals. from companies like Hong Kong base, mega mobile manufactures Infinix.

Today the singer is among some of the top rich music super stars in the country. thanks to a series of amazing tracks from the singer.

Davido albums and songs have also been one of the reasons he has had several deals with bigger brands.

Let’s face it no one wants to associate with failure so technically for you to receive eyeballs. from big brands like MTN, you need to be doing something right with your music career.

As a result of the production of good quality albums, this has also led to an increase in Davido awards won.

Let me quickly tell you in plain text what is an endorsement deal.

According to Musicindustryinsideout, an endorsement deal is a business arrangement. which yield a commercial return for the sponsor and endorsee and in exchange provide an ‘in-kind’ or cash benefit to the artist.

and one of the easiest ways of landing an endorsement is by having a strong social media presence.

Quickly let me give you an example of why brands endorses artists.

For example, I am a company selling a particular brand of juice, in this case, let’s use lemonade for this example.

I have competitors like 5 Alive and Exotic making their own flavor.

Now 5 Alive, Exotic, and my Lemonade company are all serving the same audience. in this case, people that love drinking juice.

In other to beat the competition and edge them in the marketplace, I need to build people’s trust.

This is where celebrities come into play!

I enlist him as a possible celeb I would love to promote my product because he already has some. level of trust within his audience base. 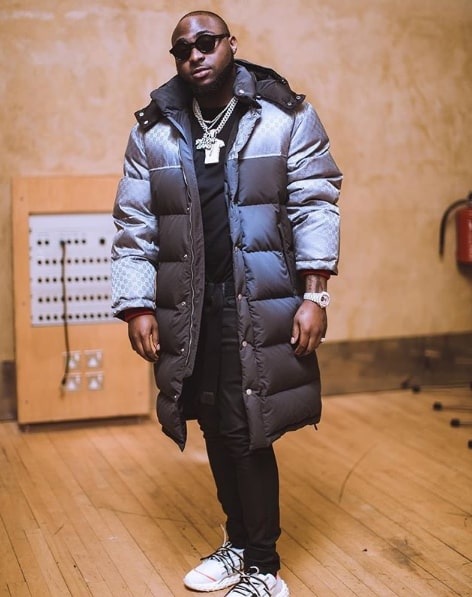 Now all I have to do is pitch my product to Davido and assuming we were able to reach good terms of the agreement. I would have him promoting my production to his audience.

These tactics will automatically increase my. brand awareness and giving me that edge needed to beat my competitors…

That’s one of the major reasons you see all these big celebs bagging several endorsement deals.

Having explained the reason for an endorsement let’s take a look at a list of Davido endorsements.

As at when writing this post, David Adedeji Adeleke has bagged more than 4 endorsements.

Davido Pepsi endorsement deal is one of his biggest since coming on the music scene.
After the success of his debut album Dami Duro, Pepsi decided to seek out Davido for an endorsement deal.
This endorsement is rumored to be worth more than 90 million dollars,
As a matter of fact, an actual figure will be 100 million dollars. I mean this is a lot of money for one artist right?
This deal was sealed back in 2015 making him one of the stars in the country with the biggest endowment deals according to NairaMetrics.
Having said that, come let’s find out the other endorsements that Davido has shall we?

Davido landed an endorsement with Travelbeta in the middle part of 2019.

For example, you wish to travel down to the United Kingdom, all you have to do is have Travelbeta book you on whatever flight they have available.

I believe you get the drift right?

OBO did a short commercial with his soon to be wife Chioma Avril Rowland.

Here is a video of the advert!

While this agreement was done behind close doors, Shoutmeceleb.com gathered. that Travelbeta as a brand paid quite a mouth-watering fee to get David to pen any deal.

Having said that let’s move on to the next endorsement David landed.

Infinix is sure one mobile company that does not take no for an answer.

According to Pulse.ng Infinix mobile a Hong Kong-based mobile manufacturing company. had to go through the needle’s eye to get David’s signature.

As usual, if an artist like David wants to pen a deal, you have to be sure it’s worth his time.

It took Infinix about 7 months of trying to get Davido to agree to contract terms.

and right up till this moment, Davido is a brand ambassador to Infinix mobile.

This means for every brand new product release to the market, Davido is among some of the Beta users.

This deal is estimated to have been worth more than 25 million Naira. with an open room for renegotiation of contract terms.

Okay if you live in modern Africa chances are you know who these guys are right?

but just in case you don’t let me perhaps indulge you a little.

MTN is a South African telecommunications company much like the very Nigerian brand GLO.

Due to Nigeria’s large population, South African companies love to take their business down to Nigeria.

While MTN is fully operational on more than 15 African countries, Nigeria is one of her major target markets.

Enough with this brief story already!

In 2013 MTN made Davido a mouth-watering offer that’s worth 30 million Naira for his signature.

Although this deal lasted for a year, it mostly looked like it was going to fall off the cliff.

but prior to the end of this deal, the singer joined the likes of Psquare, Dbanj on stage. at the Guinness world of more concert held in SA.

Yeah, I know I haven’t spoken about this but how can I not talk about this right?

Sony Music is known popularly for its stronghold in entertainment. especially because that’s where the late king of pop spent the major part of his life dropping hit tracks.

There truly won’t be another like Michael Jackson with regards to his compassion and love for humanity.

With that said, do you know that Sony music signed Davido to record deal? 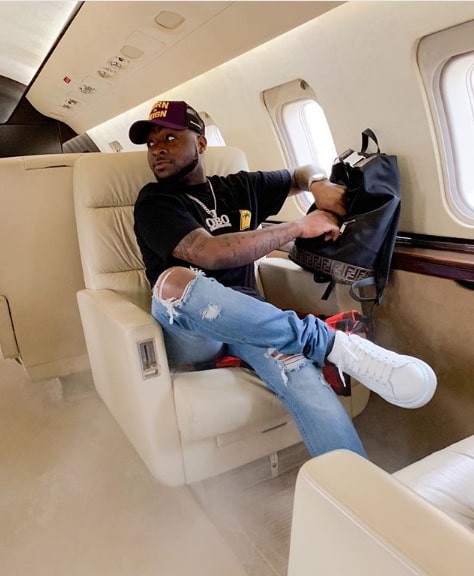 In 2016 which saw a higher increase of fans following the now 28 years old Davido. Sony signed a deal with OBO which is the title of his first album.

According to Wikipedia, this deal signed saw the release of his 5 track EP.

In late 2016 the contract between David and Sony was reviewed due to control issues.

After the review, the singer went on to release two singles IF and FALL.

If gained lots of social media activities, while fall became the. longest-charting pop song from Naija in Billboard history.

In 2019 Davido also landed a deal with Pampers as a brand.

You already know what Pampers is right? especially if you are one of the Millinials today.

That’s like what every mother prefer for their kids these days because it’s super easy to use.

and the average human being does not want anything that will stress him out one way or the other.

Pampers replaces napkins for Lil born babies and infants alike eliminating to need to have to stress. over watching a child’s napkin poo.

Here is this article on napkin I am sure you will find every tiny detail there in it you should know.

The amount the deal is worth was not disclosed but Davido endorsement with Pampers. is estimated to have cost the brand between 10 to 11 million Naira.

The singer also took to his fastest-growing INSTAGRAM followers to break the news.

Fans of the singer once again celebrated his new achievement and wishing him more blessings.

Quickly, let’s look at the last of his endorsement deal.

In 2015, Davido took to his INSTAGRAM profile to announce his endorsement with Close Up.

Davido and Yemi Alade in 2015 signed an endorsement deal with Close Up for an undisclosed fee.

These days it’s becoming increasingly a norm for celebrities to not disclose the cost. of whatever endorsement they go into.

This can be seen in most of the deals that Davido has signed these past years.

but what is the estimated value of this deal…

According to sources, this deal is estimated to cost between 7 to 10 million Naira during the time it will last for.

Yemi Alade also took to her social media profile (INSTAGRAM precisely). to express her joy for landing such a lucrative deal with Freshness breath company.

In the post, she tags OBO captioning it “Closeupthings and hashtag God never fails.

Fans quickly congratulated both celebrities for landing such a handsome deal. with one of the big toothpaste brands around the world today.

No doubt Davido family is very proud of the 28 years old but I know a prouder woman. would be Chioma Davidos soon to be wife.

I mean your son is barely 3 months old and he already has endorsement?

Nothing can beat that sort of crazy right?

Especially if you replay the fact that he is just a newborn baby who just came into this world.

Adeleke Jr is born to Davido and Chioma who have been dating for the past 6 years. and are soon to tie the knot come 2020. 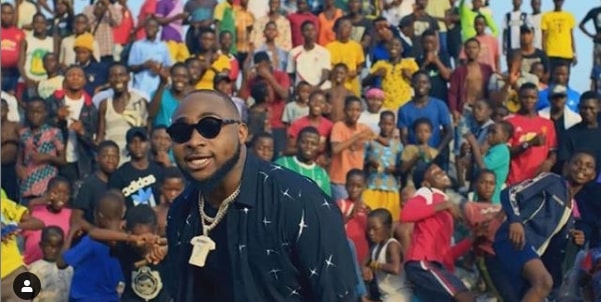 The mother and father of Jr Davido took to Instagram to announce the new brand endorsement.

Mario and Juliet are a baby diapers and baby wipe catering specifically for newborn babies as her audience.

There you have it, all Davido’s endorsement deals from his debut in the music industry in 2012 to date.

One of the reasons David has stood out from the rest of his music counterparts is his dedication.

and you will agree with me that nothing beats devotion to a particular set out goals right?

Anyways, as Davido continues to bag new endorsement deals, I will continue to update this post.

This way you will stay updated with the latest piece of his endorsement deals.

Do you predict Davido bagging more endorsement deals in 2020?

Use the comment box to drop your thoughts and I will be sure to follow up your comments.

Article Name
Top 7 Incredible Davido Endorsement Deals in 2021
Description
Davido endorsement deals runs from millions into tens of millions. which is why in today's post I have decided to cover all the endorsement deals of Davido.
Author
Mone Nuel
Publisher Name
Shoutmeceleb Entertainment
Publisher Logo

Awards won by Davido since his debut in the Nigerian music industry has been numerous and today, I bring you…