Davido is a blessing to the Naija music industry and today you and I will look into all of Davido Kids from the oldest to the youngest. In this post, I will also discuss all of OBO’s baby mamas who gave birth to these kids. 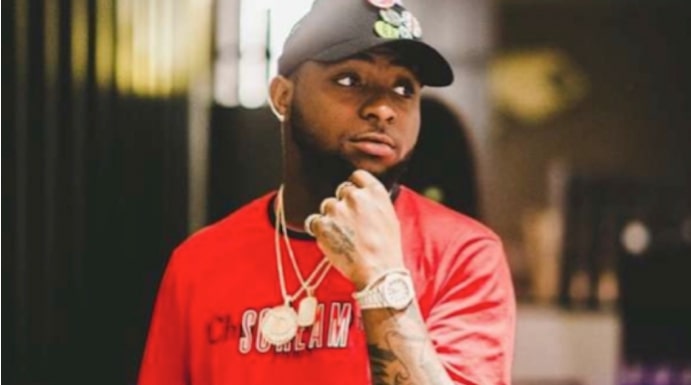 One of the most popular questions in Google people also ask is who is Davido but today I have another question and it is who are Davido Kids?

The rest part of this blog post will solely focus on Davido children. while Davido biography is one of the topics search on Google, soonest his kid’s biography will soon take center stage.

So please don’t be in haste because the next 5 – 10 minutes you will spend here will provide answers. to every question, you may have under the sun.

Come let’s dive into Davido children biographies one after the other.

Davido baby mamas are usually considered fortunate by the African community. because of the amount of wealth the singer has amassed over the years. I mean who doesn’t like to be the girlfriend of a superstar?

That’s understandable especially knowing that the 28 years old is a superstar making his way into the international market.

but it’s not just that, did you that one of Davido baby mama Chioma Avril Rowland is married to one. of the richest singers in Nigeria?

You probably did not maybe because there is this constant debate on who is the richest between Wizkid and Davido.

The children of Davido have been born into an ocean of wealth but one thing that particularly stuck out. is that despite all the fame of David, he has always been the one to care much about his family.

Quickly let’s talk about Davido children from the oldest to the youngest.

right at this stage, I believe the right question to ask would be how many children does Davido has now?

I will answer this question on this next subheading.

How Many Kids Does Davido Have

David Adedeji Adeleke is the 3rd born of Mr Adedeji Adeleke, he is one of Nigeria hottest musicians. in the late 21st century and the proud father of 3 kids who has all being born into wealth like their father.

Here are the names of all Davido Kids. as at when this post went live, David Adeleke has given birth to;

For the next session, you and I will be looking at each of Davido Kids and their mother.

and first on this list is Davido’s firstborn Imade.

If you wish to read more about the family where the mother of Davido came from then you can follow this link to do so.

So, when was Davido first child born?

Davido daughter Aurora Imade Adeleke was born in the year May 9th, 2015 to Nigeria music icon David Adeleke senior and Miss Sophia Momodu. After David and Sophia had their first baby both separated after several clashes.

Though Imade is almost 4 years old now, you can tell David loves. his kid so much that he wished to give up smoking for them in the near future.

So what caused the quarrel between Davido and Sophia Momodu?

Well, once upon a time there was a little misunderstanding between Davido and Sophia Momodu.

This misunderstanding stems from child ailment. according to Gist Mania.

Davido in his words said Imade was not feeling okay and needed to be taken to an American Hospital in Dubai.

but Sophia Momodu and her uncle Dele Momodu stop them from traveling to care for their child.

Why this resulted in a lot of sultry words, the issue has since been resolved. but should you feel like it, you can read all about it here.

In light of this, Davido has been seen on several occasions alongside Sophia Momodu. attending his daughter’s school programs.

Plus it’s a good thing to know that David does not hold any grudge and that both are cool with each other. except for the most recent Instagram battle between him, Chioma and Sophia Momodu.

What is the name of Davido first son? David’s first male child was named after himself. the only difference between the two names is “Jr” which was added by the blow my mind crooner. Davido’s first son’s real name is David Adeleke Jr.

When was David Adeleke Jr born? He was born in the year November. 19th 2019 to Master David Adedeji Adeleke and long-time girlfriend Chioma Avril Rowland who is a chef.

Davido offsprings have a minimum age difference of 2 years between them.

The birth of David’s third baby was a blessing that came when. he was about releasing his 3rd studio album A good time.

David Adeleke Jr was born in Atlanta Georgia. the 28 years old stayed awake with the entire DMW record label artists to witness the best of his first son.

Truly there is nothing more magical than seeing your own. child come alive and being able to hold him or her in your hands.

It’s one sight to behold especially if it is the first time of you witnessing such a miracle.

Davido and Chioma’s relationship has been the talk of social networks such as Instagram.

In the middle of 2019 Nigeria singer and songwriter decided it’s time for an introduction.

The introduction was held at Chioma’s father’s compound and shortly afterward Davido took to Instagram to unveil. a beautiful diamond ring with which he engaged his soon to be wife.

but one of such anticipation is David’s wedding with long-time girlfriend and baby mama Chioma.

Well, it no one other than Amanda’s daughter Hailey Veronica Adeleke.

Sometimes you can live your life in a way that so many others remain in misery.

that misery is you and me who most certainly know only a few things about Davido 3rd baby mama Amanda.

Unlike Sophia Momodu Amanda is a very matured woman who has learned to keep her distance.

and not let the popularity of her daughter’s father draw her into a web of discomfort.

So what is the name of Davido 2nd born? The name of Davido’s second born is Hailey Veronica Adeleke. She was born on the 12th of May 2017 to Nigeria musician Davido and African American Amanda.

To be honest not much is known of Amanda as she keeps her personal life very personal.

This may be good for her at least for the fact that the father of her daughter is a popular figure.

Hailey just completed his 2 years old birthday in May and she is way on to reach 3 in a matter of months in 2020.

One of the beauties of having a father who is one of the richest musicians in Africa is the fact that. your popularity grows as much as his.

I mean just imagine it, I am writing everything you need to know about Davido Kids right?

Davido and Amanda met during a video shoot with late DJ Arafat. things improved from there and next thing we know she was pregnant for Davido.

What followed is the birth of a beautiful bouncing baby girl named Hailey.

The first time Hailey has ever shown his face in a family photo is when Davido’s sister had her baby shower in Atlanta Georgia. the supposed birthplace of the singer.

She was spotted carrying Hailey and Imade in a picture which she posted on her Instagram handle.

Davido Baby Mamas and Their Names

Each one of the children of Davido has their own mother and if you have followed this topic closely then you already know.

but as a quick reminder, I have decided to list each one of the singers baby mamas below.

Here is a complete list of Names of Davido baby mamas…

Each of the above women has given birth to wonderful and beautiful children.

Today each will go down in history as women that helped give life to the Afrobeat superstar whom his net worth continues to rise.

Sophia Momodu is the first of all the women that have given birth to David’s children.

Although both had a rough part which gained a lot of media attention the good thing is that’s by the wayside now.

The second woman to have given birth to OBO’s child is Amanda.

An African American whom lots have not been said about her origin.

She guides her values and makes sure nothing ill is brought her way.

Chioma Avril Rowland is the present baby mama of Davido.

Of all the women in Davido’s life, she seems to be the most favored to become the wife of the singer.

The relationship between these two has been constantly tipped to hit rock bottom. but the good thing is you never can predict what the future holds.

but in my own eyes, I can see Chioma becoming part of the Davido family really soon.

So is that a prophecy?

Actually no it isn’t a prophecy, it’s taking stats and facts from daily happenings. to predict what the future might hold for the two loves birds.

Plus when next anyone ask you Who are the mother of Davido daughters? tell them they are Amanda and Sophia Momodu at least for now.

I said for now because the possibility of Chioma giving birth to another child who might be a girl can’t be ruled out. at which point she will be the most complete women ever in the singer’s life.

Living your life as sons and daughters of a popular figure can have its merit and demerits right?

Especially if you are sons and daughters of one of Nigeria’s finest entertainers in the person of Davido.

Davido’s legacy has seen him advocate for women but this has. come naturally due to the love and respect taught by the Yoruba tradition.

I know about the Yoruba tradition because I grew up in a Yoruba family.

I can still very much remember when I and my kid brothers and sisters wake up in the morning.

The first thing we do as children is to prostrate to the floor to greet the father of the house.

It does not matter what you wear when you see an elder, you have to go down to the floor to pay your respects.

Such morals and regard for culture have been in the Yorubas for ages before ours.

It’s good to see how Davido will bring up his kids right?

but certainly, I have no doubt that the same morals instill in him, he will do well to pass on to his children.

The daughters of Davido will someday continue to grow into beautiful women, one that any father can e be proud of no doubt.

Here is a quick recap from everything we have discussed so far.

Do you predict any of Davido Kids becoming a musician?

Leave a comment below with your thoughts and I will be sure to reply to every comment. 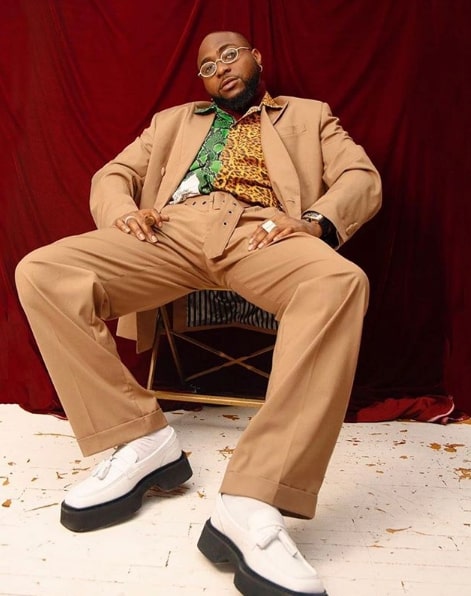 Article Name
How Many Kids Does Davido Have
Description
Davido is a blessing to the Naija music industry and today you and I will look into all of Davido Kids from the oldest to the youngest. In this post, I will also discuss all of OBO's baby mamas who gave birth to these kids.
Author
Mone Nuel
Publisher Name
Shoutmeceleb Entertainment
Publisher Logo