Davido Twitter reaction is one that’s got fans talking about the ill-treatment of the Lagos billionaire son. why do you hate me so much? 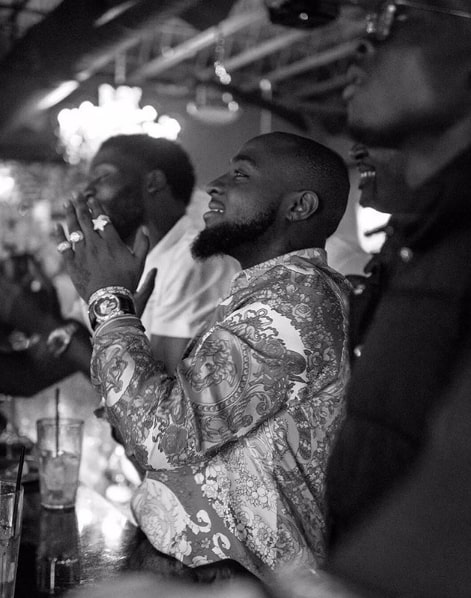 The 27 years old singer took to his Twitter handle to say if my father is wealthy is it my fault?

Here is his statement:

“Guys I want to thank all my brothers and sisters my fans, the people that supported me, the single, Chris and of course Chris… I’m already used to it. I have been in this industry for seven years and nobody supports me. its just hate, from morning to night its just hate, because of what? My papa get money na my fault? I work hard, I deliver hits, I take care of my people.You got a problem with me? Suck my d**k! F**k you! We rise by lifting others,” he said.

Here is my reply:

No, if your father is wealthy it’s not your fault because you have done nothing wrong.

Davido Twitter reaction came after his song Blow My Mind hit 3 million views on YouTube in 1 and a half-day. thereby breaking two Youtube NG records in one day.

Prior to this fans have been throwing shades at him on Instagram and Twitter for his. non-inclusion in Beyonce Lion King album.

How do you expect a whole lot Beyonce to feature Davido with his frog voice?

I am not surprised Davido was not featured in this album. I mean who will feature such a cracked voice.

Oh thank God OBO rich Man pikin was never featured, he would have disgraced us.

Finally, Beyonce shows Davido that Wizkid is much greater than this frog voice in Nigeria.

While the shades continue in one form to the other, the singer’s fans were step in to fire back at trollers.

Personally, let’s liken this to some of the moments MJ had before he passed away.

May his soul rest in peace because never was there a great entertainer I would follow.

Sometimes before MJs passing while this US radio was on air one of speaker referred to him. as Wacko Jackson and if you have gone Wacko then you are probably crazy.

Michael called the radio host out and told him that I hear you, Wacko Jackson. I have feelings too you know.

Such was the agony Mike went through before passing out of the surface of planet Earth.

David’s reaction also addresses the fact that every fan that doesn’t like him has to come for him.

When will you understand that this guy is human and come to think of is it his fault his father is rich?

I don’t get why as humans you would derive pleasure in taunting someone.

The question to you is why do you have such low self-esteem?

His father is rich so what?

It didn’t mean he hasn’t scared over the years trying to get to where he is now.

Davido fans and Wizkid fans have always been on this who is the best tousle.

What you probably forgot is the fact that both has major success on every level.

You can’t just take that away. A few months back I wrote the article Davido and Wizkid net worth who is richer.

Because I wanted to interview the fans and shed some light on how much each is worth.

Imagine my surprise when people argue blindly when it’s an age of the internet. and every information you seek is available to you with a simple voice search.

You should check that article out you be surprised on who is currently the richest between the two.

This comparison between fans has had it’s pecking if you think of it this way:

Although you might say these two guys play deaf ears to fans opinion. but I honestly would disagree for the reason that both keep trying to give us their best.

So if you think of it this way the rivalry between their fans brought good music to our ears.

This has also helped increase Wzkid net worth and also Davido net worth.

But how you would ask right,?

No brands pick you as it’s Endorsement without you being active in whatever you do.

Thanks to the fans their constant struggle on wanting to pick sides without statistics has been. just what these two giants of Africa needs to stay relevant.

You know one of the most outrageous claims of all time from the fans of Wizkid is that OBO. bought his fame with money.

And I be like guys you really have to stop doing this to yourselves.because this guy is rich and nothing you will say is going to bring him down.

How do you just hate someone for being wealthy?

I am perplexed you know because it goes to show that some persons have to learn to be cool. with the rich because they didn’t make you poor.

If you are still poor then start liking The rich guys and work on your spending habit.

I am positive if you do, you will stop wasting time staying mad at rich folks… 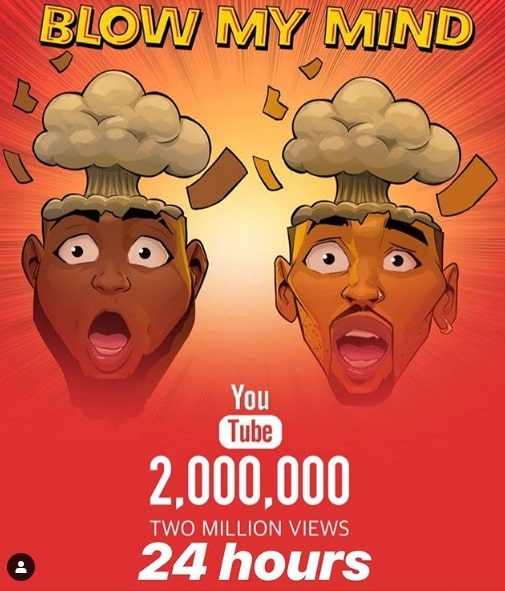 So many claimed that Davido bought his awards, can you even believe that?

Another claims he sold out the 02 arenas because he bought the remaining tickets.

Let’s assume for a minute second that this claim is actually true. can you even listen to yourself?

Honestly, it sounds not to even think about it because how long do you think you can keep pretending.

Wizkid and Davido have been amazing since their debut. Yet you still think one isn’t good enough?

Now let’s make sense a little, imagine Davido isn’t good yet he’s one of the richest Musician In Nigeria.

Imagine he is not good yet he is one of the richest musicians in Africa. Do you still think all this achievement is by chance?

If your answer is yes then perhaps you need to listen to some of his songs too.

Wizkid and Davido fans can’t stop the fight from happening, however, this misunderstanding between fans. has kept both relevant over the years which invariably might be a good thing.

Whole Davido Twitter reaction gives us the hint that as humans we have feelings. it also hints that trolls do get to celebs too.

What do you know is the reason for the constant fight between starboy and OBO fans?

Use the comment box to drop your comments because this is a serious issue.