Published by Shoutmeceleb Entertainment on 7:45 am7:45 am 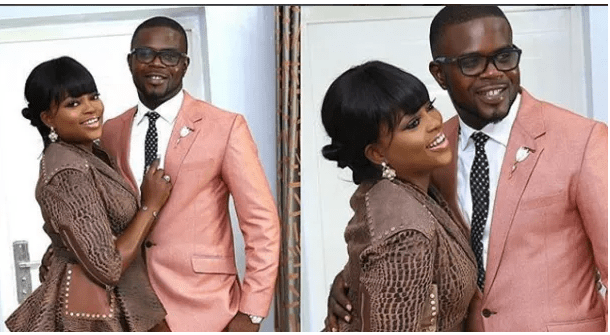 Funke Akindele twin babies could not have come at a more better time. The veteran Nigerian female comedy actress gave birth to her first twin babies.

Twitter melted with fans congratulation messages. Friends and family alike all took to social media accounts to express their joy. Chalk to a miracle, the 41 years old gave birth to her first set of twin babies.
The Nollywood actress has not comment anything yet on her Twitter account. but Vanguard said some of her close friend tweets let the cat out of the bag. but most importantly will be the joy of parenting a child.
Also Read:
She was popularly known as Jenifa after her role in the series ‘ Jenifa’s ‘. first got married in May 2016 2012 buy later split in July 2013.
Funke again got married to Nigeria Rapper and songwriter Abdul Rasheed Bello in May 2016. Her marriage hold in London UK to JJC Skilz.

The actress was born in Western Nigerian in Lagos. The actress was born on August 24th, 1977 to a Secondary School Principal and Medical doctor.
She has two siblings boy and girl. Her sister’s name is Abimbola Maria Akindele whom the Nollywood star is very fond of. Her father is a retired School principal.

The Tv personality and movie director went to primary school in Calabar. After her primary six leaving certificates, she went to Lagos to further her education. There she went to her secondary school in Ikorodu where she was born.
After the conclusion of the Western African Entrance Examination. she gained admission to study Mass Communication at Abiola Moshood Polytechnic.
She later graduated with a Bachelor’s degree in law at the University of Lagos State. Funke husband Abdul the Entrepreneur and Philanthropist couple of years after her divorce. They are happily married and just gave birth to Funke Akindele Twin asIi call it.

After her bachelor’s degree, she took to acting with her break coming in 2002. She featured in her first Nollywood series ‘ I Need to Know ‘. A 1998 series held by United Nation Population Fund.
Her role showcased her talents. and was immediately nominated for ‘The best Talent to watch Award ‘ in 2002. Although she did not win, I need to know series organized by sitcom Television shut her to the limelight. 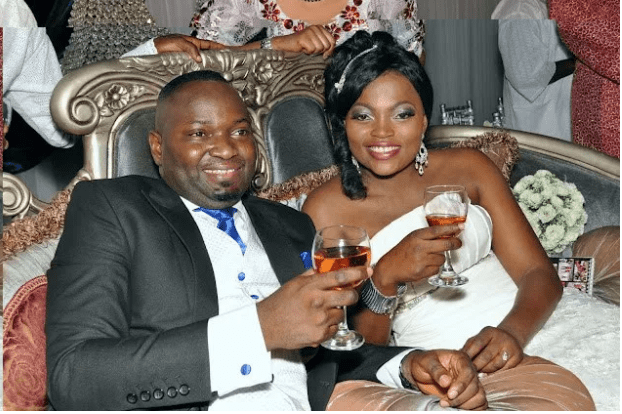 Ever since she has been cast in over 150 movies like Jenifa, Money is Blood e.t.c. Her popularity came in 2008 movie Jenifa. by 2009 she landed 2 awards. the two awards are

Her years in the movie industry has seen her bagged lots of award with the most recent in 2017. She won the African Magic Viewers Choice Award (AMVCA) with movie Jenifa’s Diary.
In 2012 Funke Akindele movies won her 4 awards and the movies included Troj, Maami, Emi Abata. See list the awards in below
2013, 2016 and 2014 were filled also awarded for the beautiful 41 years old. and now 2018, My guess is her fans will not be expecting anything less. because she is brilliant in doing what she loves and no one may be able to take that away in her time.
Confirmation just came into Shoutmeceleb that Funke Akindele Ayotunde gave birth to a twin. While she rests, fans took to her Twitter page to drop messages congratulating her and her twin.
Some of her fans have said that Funke Akindele babies will be much of a comedian like a mother. because it is always the prayers of parents for their kids to be better.

She has endorsement deals with Iroko Tv and Nigeria Telecommunication giant GLO. Her endorsement deals with her profession put her net worth around $1million.
She may not at no 1 but she definitely one of the richest Nigeria female actress. Rita Dominic occupies the top spot with a net worth of 950 million Naira. Genevive Nnaji holds the 2nd spot with 850 million Naira.
Funke Akindele holds the 5th position in the list of Nigeria richest actress. Surely you can’t say that is bad.

Funke Akindele twin will way be happy after receiving such wonderful gifts from her maker. Even so, it is a thing of joy to put a smile on the faces of people
Let history remember this day because her prayers were answered. The funny actor put smiles on faces of her fans whenever she uploads video. on her social media profile like Facebook, Twitter, and Instagram. most importantly is her heart of joy in doing what she loves which is acting.
Do you think that Funke Akindele twin will be identical or not? Use the comment box to drop your answer.

Omotola Jalade Ekeinde is a Nigerian and Nollywood actress. She used to be a model and have acted in well…

Danny young accuses Tiwa Savage of stealing his song. Mavin and international star Tiwa Savage did not reply to the…