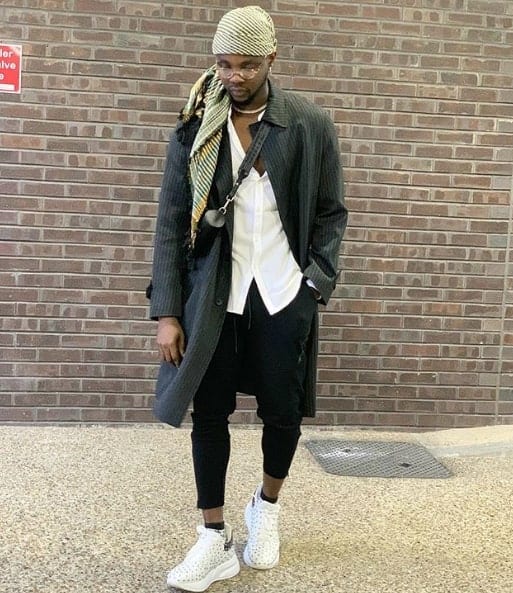 Here is all you must know about GWW and Kizz Daniel lawsuit which is threatening to take out a big chunk of cash from the ex G World Wide star.

You and I know Kizz Daniel is one of the richest multi-talented musicians in the country. So this goes without saying that this war is only meant to claim the cash.

When you hear about lawsuits the first thought that comes to your mind is the courtroom right?

Well, yes that’s right it is a courtroom and you will be lucky to work out of that room without paying a single fine.

Noticed how I said lucky? well that’s because a case can only be won by a very good strategy lawyer.

Because in the court of law all you need is facts and evidence that could exonerate you of any ill accusations.

Having said that, what is a lawsuit? answering this question is important. because the one thing I have seems to notice in the African culture. is that we care less and less for useful knowledge that can save us.

Definition of Law Suit: A lawsuit is a claim or dispute brought to the courtroom for adjudication.

In other words, a lawsuit is any dispute or claim you bring to the courtroom for a judge to pass a verdict.

So the next question in your head becomes how did GWW and Kizz Daniel lawsuit start?

Just in case you didn’t know before now, Kiss Daniel is no longer signed under the G-worldwide record label(also GWW).

This is a result of a misunderstanding between the CEO of GWW and Kiss Daniel which started in 2017.

Kizz Daniel bridge his contract agreement with the label in 2017 and decided to take the exit door as claimed Emperor Geezy.

In 2018 Kizz Daniel started his own record label Flyboi Inc under which he released his most recent song Pak N Go.

While Kizz Daniel Pak N Go mp3 has seen a very good stream, it has done little to stir away troubled waters.

You are probably thinking what the hell is all those money being paid for right?

Well, my father usually told me one word that stuck with me always, it is if you are going to make a mistake don’t let it be the one that will drain your pocket.

Kizz Daniel has been dragged to court previously by GWW CEO but ultimately won back in 2017.

Ruling the case in favor of Kizz Daniel meant his net worth won’t experience a massive decline in numbers.

but 2 years later emperor Geezy still wants his bound of flesh stating unlawful bridge of contract as his claim.

According to Sound City Entertainment as quoted by Naija loaded ” The Court, after hearing Counsel’s submissions on behalf of GWW, with respect to the reasons necessitating the application. appreciated the peculiarity of the circumstances, which is predicated on the fact that the former counsel representing. the Label argued the Originating Summons in defiance of the label’s instructions to defer steps in the suit. and ultimately withdraw the suit in view of its decision to engage another law firm. this case is scheduled to get a hearing by January 2020″

During an interview with G World Wide boss, he said he wants his action to be a reminder to musicians. who think that they can bridge contract terms and play the guilty party.

Fans have a different opinion about this GWW and Kiss Daniel lawsuit. with many taking sides with Kizz Daniel as expected.

Here is a screenshot of some of such comments from Naija loaded blog. 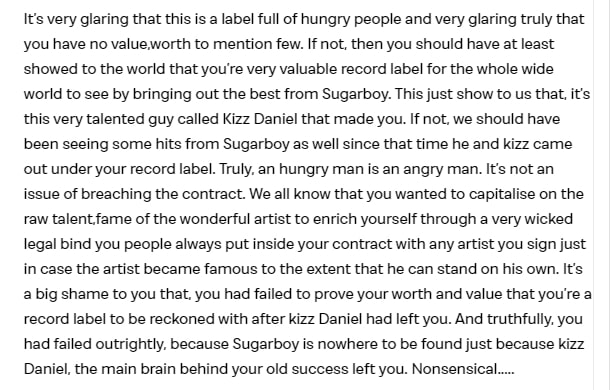 The court of Arbitration may not be an issue in this case as CEO G worldwide would be looking to avoid that.

One of the reasons for such boldness would be because Ehimare is certain this case is turning in his favor.

Since an arbitrary court is a place where the legal disputes can be amicably settled without going to court. this can be a good step forward, especially for Kizz Daniels.

No evidence has been present as of when this post about Kiss Daniel and GWW lawsuit went live.

but chances are when the hearing starts in January, I believe you and I will get to see these. two record label locking horns.

G World Wide lawsuit against Kizz Daniel could see the label get a whooping 530 million-plus in damages.

but if Kiss Daniel is acquitted, this could mean that Kiss record label might as press charges.

Whatever be the case, I am glad that it would finally be resolved and both parties could see this through.

Now that we have cleared that, under Flyboi Inc Kizz Daniel has also released some good songs like Eko. although such song was below expectations for an artist of his caliber but it was still the dosage.

While GWW and kiss Daniel lawsuit could mean there is a chance to finally put this case to rest. either party involved could hold grudges after the ruling of the judge.

These can cause a forever enmity between both record labels as we saw back the days of the West Coast and East Coast battle.

What is your opinion about Kizz Daniel and G World Wide lawsuit?

Would this cause an everlasting enmity between the baby record label and GWW record label?