Published by Shoutmeceleb Entertainment on 4:55 am4:55 am The highest paid musicians list according to Forbes saw Bono and the U2’s top the list. Bizzare is the fact that popular names like Jay Z and Taylor Swift miss out on the number 1 spot. The Irish rock band bagged $118 million earnings in 2018.

Although many would argue that the Irish rock band won’t top the list for long because of the likes of Jay Z and Swift. They beat the likes of Beyonce’s ride or die husband by a mere fraction of $3 million. It may not be much but it makes the difference on who goes top of the Forbes list of highest paid actors.

Another bizarre thing is when COLDPLAY pushed out Jay Z and Taylor Swift to cling 2nd spot on the list. It may have come as a shocker but the musician is 2nd in the list of world’s highest paid musicians.
It is one thing to top the list of the world’s highest paid musicians but it is another to stay there for quite some time. Ed Sheeran took the 3rd position with an earning around $100 million. Bruno Mars sit comfortably in 4th position with there about the same amount as Ed Sheeran.
Also Read:

Strategists have figured out with statistics how it is possible to top the list. Having a tour centered around when the list is release is key to coming out on top. The U2 did exactly this because the most important tour they had taken place there at hour mark of the list came out. 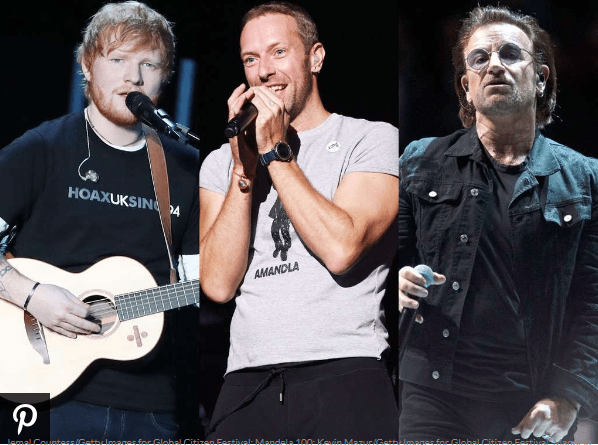 Source:[Forbes]
Coldplay who currently sits on the 2nd spot had his tour in different continents. This may have done him a great deal of favor to earn the 2nd spot. I will love to see how the Irish rock band and Coldplay fare next year in the award because the big names are still there.

The major part of Beyonce and Taylor Swift tours started when the list of highest paid musicians in the world was being compiled. This is to say that the major part of their earnings from those tours will not be taken into account.
But wait what happens then?
Well! it is true the earnings from their tour will not be recorded not this year at least. But definitely next year. So, it is possible to still see the divas claim their spot as the highest paid musicians in the world. Whatever millions they amass from their tours would count in 2019 Forbes list.
Conclusion
Although the U2 sits comfortably with a sparse displacement, it is good to see some new faces top the list. So, who do you think should top next year list of the world’s highest paid musicians? Use the comment box to share your thoughts but most importantly it is good to connect.

Trevor Noah who is a South African comedian canceled all appointments for this year. This is due to having damaged…