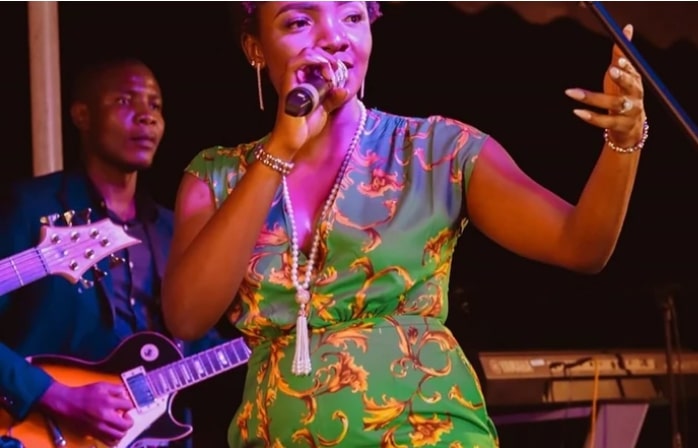 Is Simi pregnant? well, you and I would need a very strong confirmation from Simi herself, right but let’s find out what we know already.

Well not exactly, because that is why I am here to bring you everything on Smi’s pregnancy rumor.

so the question becomes what do we know about Simi’s pregnancy rumor?

A couple of days back Simi performance at the gathering held and attended by the German ambassador to Nigeria.

In this gathering, Simi was seen downing a lovely Jung suit which means that her Tommy protruded. and raised questions like is Simi pregnant?

While there is no confirmation yet about the information, it remains but a rumor. so does this mean you and I get to ignore what we saw?

absolutely not but it’s strange that this is even a question because you and I know. what to expect by the time a man and woman get married correct?

When you suck belle, but belle doesn’t suck you back; can two work together except they agree?” Simi wrote as the caption of the picture.

While fans continue to guess, it is clear from the shape of Simi’s belly that she is pregnant.

and her pregnancy is coming 9 months after she walked down the aisle with her husband Adekunle.

Simi and Adekunle Gold’s marriage came as a surprise to many of us. because it was so low profile and there wasn’t really much revealed about it.

Pulse.ng report that Simi and Adekunle Gold never wanted it to be known to the world. because both didn’t want the attention that comes with being married.

This also fueled the reason why traditional marriage was held in secrecy with very attendees.

So where was Simi and Adekunle Traditional marriage held?

The traditional marriage was held in Victoria island secretly and 9 months after. the question on our lips is “is Simi pregnant?

Every now and then celebrities are faced with the decision to focus on their career. or focus on having a baby which in the Western world a lot of people have a problem with it.

The African continent might be a different player to this rule majorly because of parents. and the pressure put upon you by society once you are not yet married.

A question like is Adekunle the father of Simi’s baby?

Well, that’s one hell of a question especially if you already know that both are married.  but I am willing to answer that so you do be clear.

With the current rumor spreading like a plague that Simi is pregnant, it only makes sense to guess who is the father of Simi’s baby.

This will be no other than Adekunle Gold who is currently married to Simisola.

Simisola and Adekunle Gold made Shoutmeceleb list of richest musicians in Nigeria. but both went so far down holding an almost 30 position below some of the big stars in the industry.

Marriage has always been the union of a man and a woman and of every marriage is expected offsprings.

One that Simi’s latest Instagram caption may have revealed that she is pregnant with Adekunle’s Gold baby. 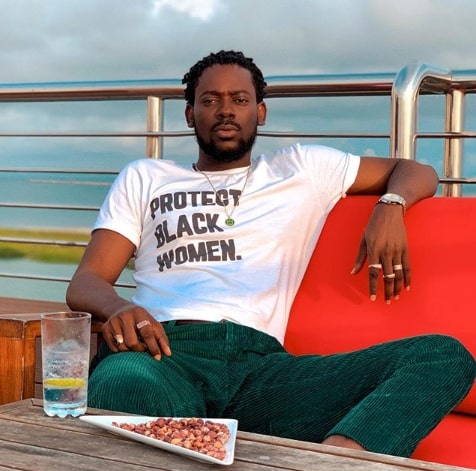 Simi and Adekunle gold are two Nigerian musicians that decided to tie the knot 9 months ago.

and one of the most intriguing questions to ask is will Adekunle and Simi’s child be a musician?

It’s too early to tell because from the photo that pregnancy can’t be more than 4 months.

I know your question after the rumor will be is Simi pregnant? which is why I made this post just to answer that.

from the above photo, it looks as though Simi is pregnant. because there is no way in hell such protruding Tommy would be one of overfeeding yourself.

What do you think about Simi’s being pregnant?