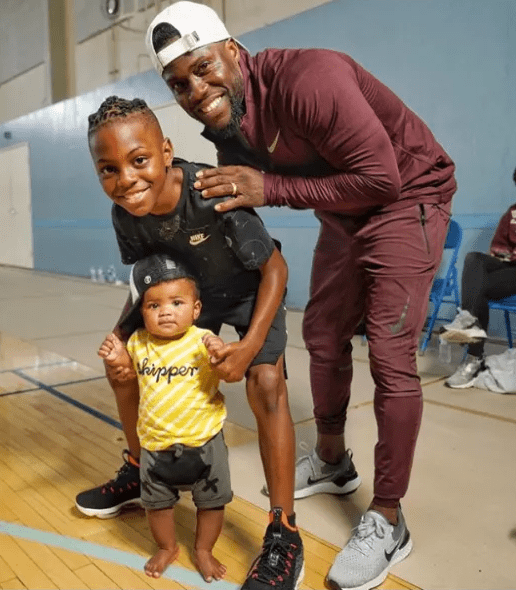 Kelvin Hart is the man that made the front line in Shoutmeceleb celebrity update of the day. The popular comedian took to his twitter page to truly express how he felt. After the world chooses to hold a tweet from 2009 against him. the comedian stepped down from hosting the 91st annual Academy Awards a day after he had been announced to be the host.

Image Source: [courtesy of Variety]
His decision was a result of a tweet he made against gay 9 years ago. I mean it is been 9 years and now it all came back hitting him like a boomerang. Kelvin Hart made a video following the heat on his ass. On the video he said that;

My team calls me, ‘Oh my God, Kevin, everyone’s upset by tweets you did years ago,’” he said in that video. “Guys, I’m nearly 40 years old. If you don’t believe that people change, grow, evolve as they get older, I don’t know what to tell you. If you want to hold people in a position where they always have to justify the past, do you. I’m the wrong guy, man.

Kelvin Hart Choose To Pass on The Apology

Kelvin Hart’s video raised eyebrows causing some to think that his words were non-apologetic. It did not take long for him to post another video in which he said ” The Academy of Motion Picture Arts and Science have given me a deadline to apologize. or they are going to find a replacement to be the host.

I chose to pass on the apology,” the 39-year-old actor and comedian whose tour tickets are on sale for 2019 said in the video. “The reason why I passed is because I’ve addressed this several times. This is not the first time this has come up. I’ve addressed it. I’ve spoken on it.

I’ve said where the rights and wrongs were. I’ve said who I am now versus who I was then. I’ve done it. I’m not going to continue to go back and tap into the days of old when I’ve moved on and I’m in a completely different place in my life.

Kelvin Hart biography saw him grew up in Philadelphia Pennsylvania. There he won lots of comedy award to begin his career as a comedian. He has since made quite a name for himself. He wasn’t about to let something from his past destroy his years of hard work.

Hours later the actor-comedian made a post on twitter telling his employees that he has decided to step down. Although it came as a shock for many because a simple apology could have fixed everything. An apology that later came at the end. Here is what he had written.
Also Read:
“I have made the choice to step down from hosting this year’s Oscars,” he wrote. “This is because I do not want to be a distraction on a night that should be celebrated by so many amazingly talented artists.
I sincerely apologize to the LGBTQ community for my insensitive words from my past. I’m sorry that I hurt people. I am evolving and want to continue to do so. My goal is to bring people together not tear us apart. Much love and appreciation to the Academy. I hope we can meet again.”

It is not always easy to do the right thing most especially when it compromises beliefs. Kelvin Hart may have been no different but like every human thing will have to sort out amicably.
Do you think the comedian should have apologized earlier? Use the comment box to drop your thoughts.