Welcome to the latest entertainment news in Nigeria episode 10, a place where we talk about your favorite celebrities across the African continent.

Today, I have some beautiful headlines to keep you up to speed once again on what is happening in the world of your favorites.

Guess what? The talking point for today’s Shoutmeceleb LENN Podcast should keep you on your toe.

Now come let’s dive into all the highlights of today, shall we?

Finally, before you and I dive into the details, follow me here on Instagram but be warned I play a lot.

Now come let’s dive into all the details one after the other.

Teni is one of the most amazing female celebrities in the country today and a household name.

She has managed to stay away from controversy until she public-traded words with Shizzi who is a producer. 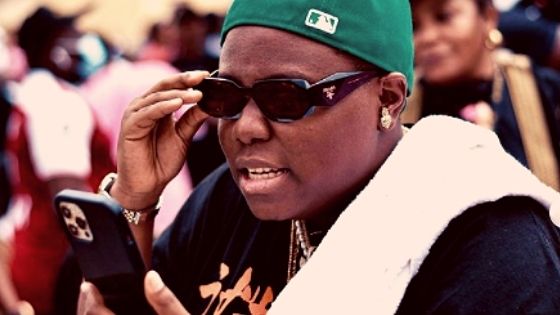 As a matter of fact, Shizzi produced Davido’s hit single Dami Duro which was the song that solidifies OBO’s hold in Afrobeat.

So what really happened?

A tweet that Shizzi found funny and called out Teni on Twitter saying that the singer has no right to complain about using people.

According to him, Teni used his beat for the popular hit single Case which blew up in 2018, and bagged the singer numerous awards.

Shizzi feels aggrieved because Teni did not give him any credit as the producer of the song.

both went on a war of words with Teni asking for Stems of the song if Shizzi really knew he produced the song. 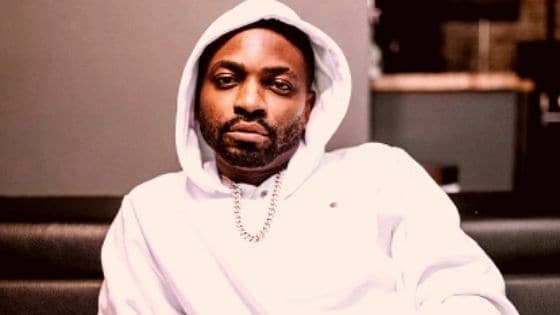 Here are several screenshots of the back and forth between the two to put things in perspective. 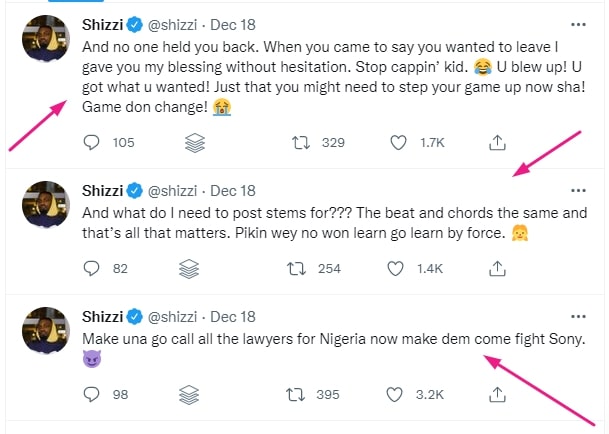 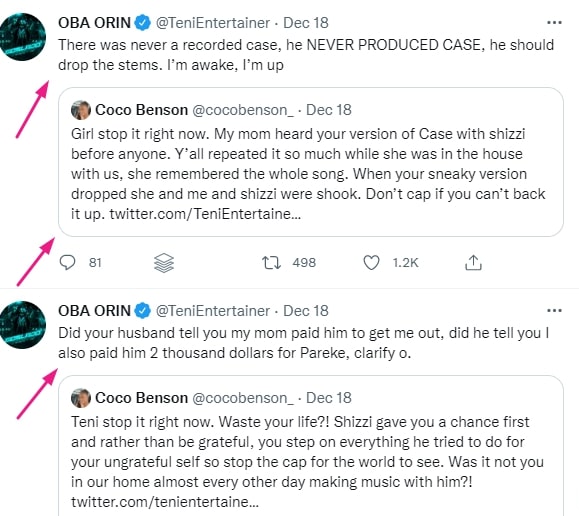 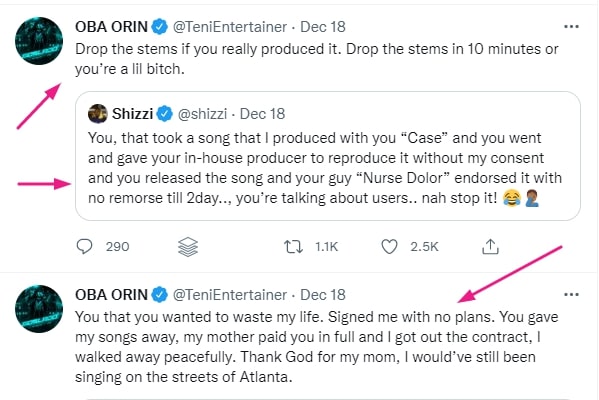 Having said that, let’s quickly transition into Davido’s new deal with PUMA, shall we?

In a year that was touted as not so successful by online trolls, Davido has once again bagged another endorsement deal.

He only released Champion Sound this year, a song that is doing some pretty good numbers. 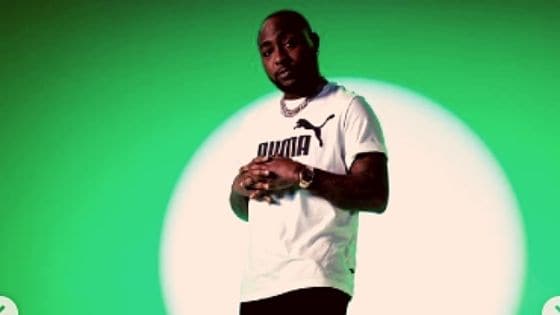 David Adeleke Adedeji is one of the most popular musicians on the African continent and his activeness on social platforms has seen him really enjoy the fruits of his labor.

Earlier this month, the singer bagged an endorsement deal with Wema Bank touted to be worth over $500,000.

Fast forward a couple of weeks later, he has another with PUMA.

The singer took to social media to announce the deal and fans went crazy in happiness.

Here is how some fans reacted to the news… 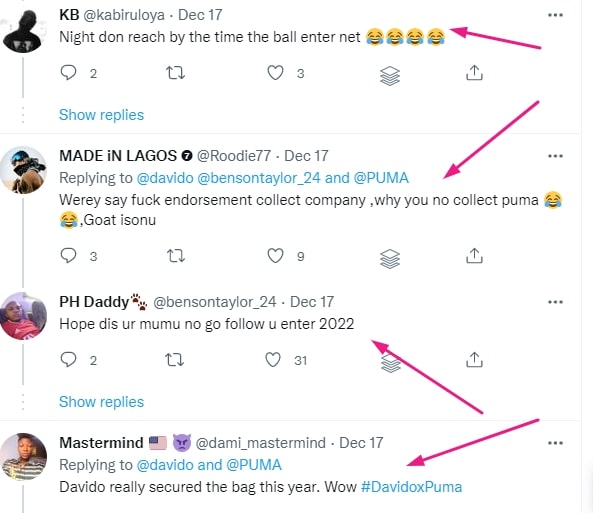 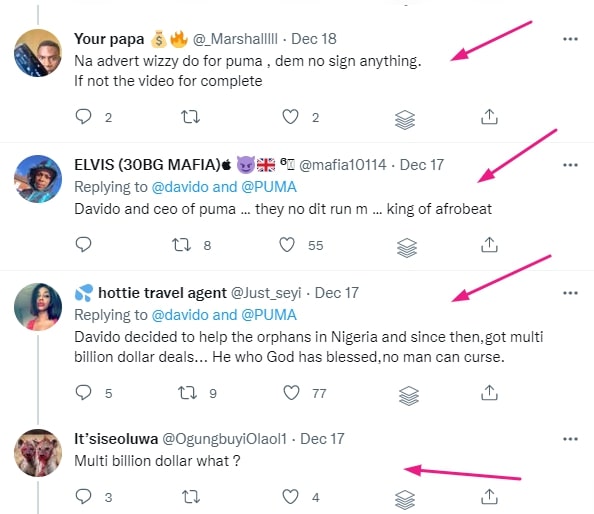 Recommended For You: Alternate POV: How Wizkid Teamed Up With Burna Boy To Shade Davido (The Break Down)

This will add to many Davido endorsement deals of his illustrious career which you can read about by clicking the red link.

Wizkid Gets Dragged On Stage In Warri & Abuja

It has become increasingly worrisome the way fans behave when they see their favorite celebrity.

The excitement is something else entirely which is what you and I will get into shortly. 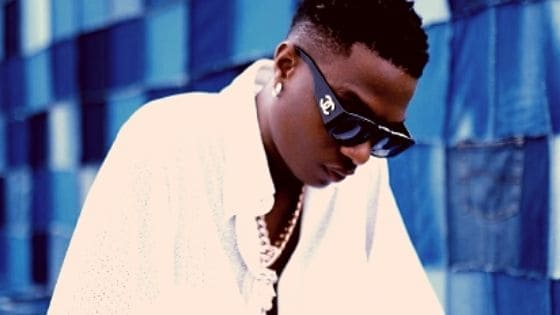 A couple of days back, Wizkid performed in Abuja after flying in from the USA where he performed at the 02 arenas alongside the likes of Tems.

On getting to Nigeria the singer was booked to perform at Harlow Park in Abuja.

During his performance in Abuja, a fan ran to the stage dragging the singer so hard that he fell to the ground.

It took several bouncers/bodyguards to be able to pull the fan away and nearly the same thing happened in Warri.

During his performance in Warri, a fan also reached out for his glasses which is an act of stealing if you ask me. 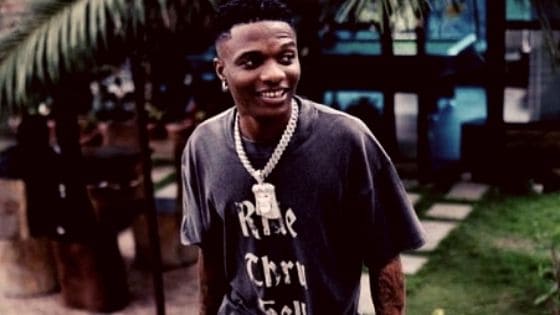 Although bouncers were quick to react, it hints that there should be more safety measures put in place for celebrities performing in the country.

Recommended For You: Must Read: Psquare Under Fire As Music Fans Drag British Vogue On Social Media

Wizkid went on to give the people of Warri and Abuja an amazing show and also promised to come back again.

This leads us right into Davido also headlining a concert in Abuja a few days after Wizkid. So come let’s story about that too.

Davido Gets Smackdown On Stage

Davido and Wizkid have been making the headlines more and more and their rivalry is one of the reasons for this.

After the news broke that Wizkid fell on stage after being dragged, am positive this made Davido take to caution. 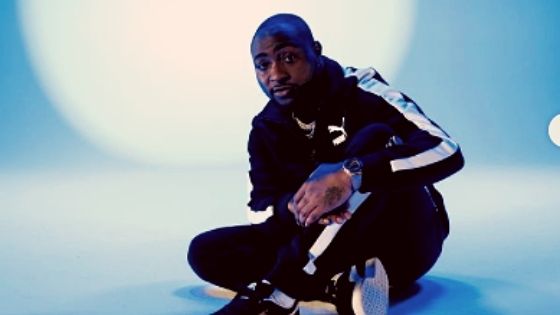 While he was performing in Abuja, a fan rushed out, dived him like Stone Cold Steve Austin would dive you on stage during a Smackdown.

Luckily for the singer, his sharp reflexes kicked in and he maneuver his way out of danger while still performing.

Once he was done, fans began to compare the incident with what had happened to Wizkid earlier in Abuja.

Here is a video of Davido dodging the dangerous diving from a fan.

So there you have it, Davido bagged a new endorsement of why Teni and Shizzi fight dirty.

Wizkid fell down on stage while singing and performing to a heartwarming crowd.

Was Davido right to have forced his way out of danger by throwing his fan to the floor or should he have been more like Wizkid?