Oh! what a beautiful day filled with love, kindness, tenderness, the sweet smell of Xmas, and the unquenchable taste of fulfillment.

One that we ride every single day even in anguish and the uncertainty of what the future holds.

Welcome to the latest entertainment news in Nigeria episode 6 and today Mr P, Davido, Wizkid, Ckay, made our headlines.

So without further ado let’s jump into today’s LENN EP 6, shall we?

First here are the highlights that today’s post will cover, so stay with me to the end because you will love it.

Before I dive into the details please follow me here on Instagram and be warned I love to play a lot 😀😀😀😀.

Okay, with that out of the way come let’s walk through the highlights together shall

Mr P AKA Peter Okoye Buries Beef With His Brother

I obviously did not see this coming and the fact that I wrote an article titled Mr P and Rudeboy split: the road to possible generational beef is making me question so many things.

but this recent video posted by Anita Okoye Rudeboy’s wife could strongly suggest that Mr P and Rudeboy may have buried the feud of the past. 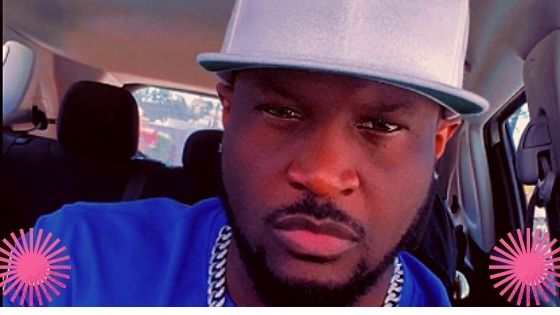 Mr. P’s recent action proves that the future is not certain and that it changes based upon decisions and actions.

Here is the kicker!

Mr. P has been in the USA touring after the release of his album The Prodigal which many reviews called a successful project.

During his tour which will end in November and then pick up in 2022, the singer and dancer found time to visit his brother’s family in the USA.

Recall that Anita Okoye filed for divorce a couple of months back which saw the mother of three come under severe criticism on social media.

You can read about why she was being criticized in this article that I wrote here.

Since her filing for divorce, she has spent several months in the US with her three kids and yes Rudeboy Paul Okoye also visited his kids.

However, Mr. P’s action is being talked about because according to many, his decision to visit his brother’s wife and kids is very manly despite the beef between the brothers.

Heck, Anita Okoye took to her verified Instagram account to thank the singer for making Xmas come so early in November.

Here is a video she shared on Instagram. Please watch and draw your conclusions.

Finally, here is a screenshot of how friends and foe were reacting to the gesture from Mr. P with many saying that they were super excited. 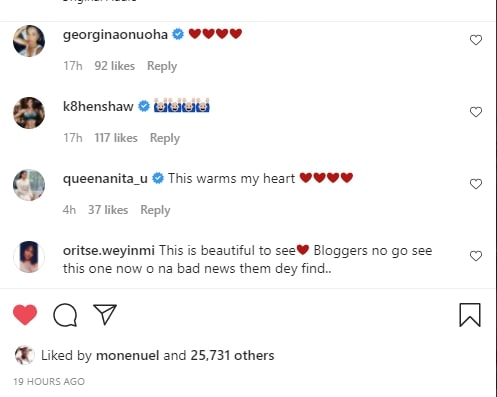 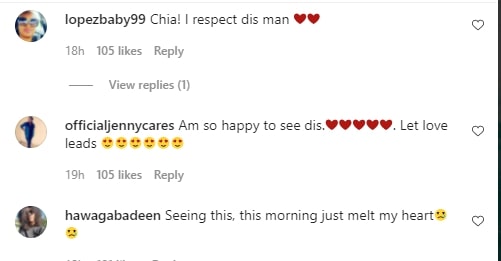 Let me know your thoughts in the comment section because I will love to hear what you have to say.

Davido is arguably one of the wealthiest superstars from Africa today and one of the pioneers of global Afrobeat.

So whatever he does or says keeps us at the edge of our seats because over 30 million followers across social media mean that a lot of people like and listen to him. 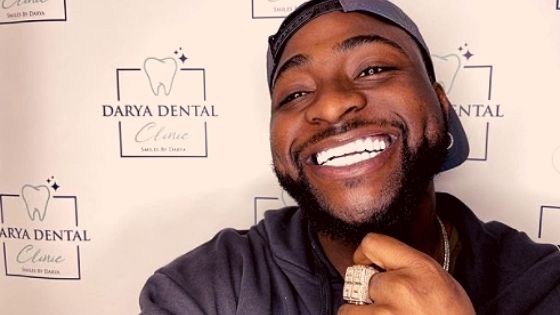 What am I even saying, he is one of the best artists in Africa today with so many awards and endorsement deals to match up to his success?

Who knew he was going to bear a striking resemblance to a young Ghanaian female having a good time with her friend, huh?

I have always heard the story that we all have our doppelganger and one day you may meet yours.

Recommended For You: Fast Money: Davido Goes From Zero To 61 Million Naira After Calling Out Celebrities On Instagram

Heck, here is a photo of her and her friend having a good time.

Now here is a photo of her and Davido’s resemblance side by side. 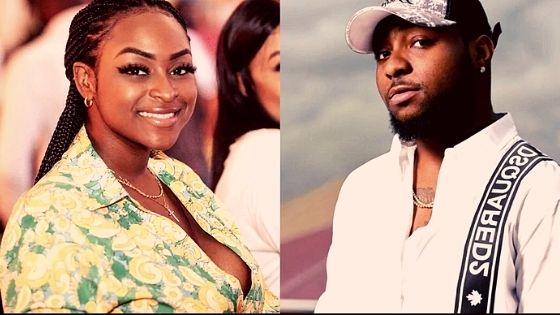 While still on the latest entertainment news in Nigeria episode 6, come let’s look at the record Wizkid just broke.

Wizkid Broke Another Record On Billboard With Made In Lagos

The success of Made In Lagos can’t be talked about enough and Wizkid FC has the bragging rights this year.

I mean that is evident with the constant trolling of Wizkid arch-rival Davido on social media like Twitter.

Don’t go on Twitter if you are not ready to bad-mouth someone because that platform has a way of turning good people into monsters (for real).

Here is the gist…

Wizkid’s Made In Lagos album just bagged another recognition for being the first album to spend a total of 53 weeks on Billboard World Album Charts.

You can read all about that on the latest entertainment news in Nigeria episode 1.

Wizkid is one of the most popular musicians in the continent of Africa and as that popularity continues to grow he has extended it to the world stage with the success of Made In Lagos.

No doubt with all that popularity comes wealth, endorsement deals making him one of the richest singers in Nigeria on a top 10 list.

Okay, I know he is wealthy, and I honestly want that kind of wealth so I need to keep hustling too (😀😀😀😀).

Finally here is a list of Nigerian albums with the longest chart on Billboard history.

Ckay Goes To War With Wizkid FC Over Recent Success

The world online with regard to fan bases can be a crazy place to be caught up in honestly.

Today it’s Wizkid fans going against Davido fans, tomorrow it’s Rema fans up against Fireboy fans, and so on. 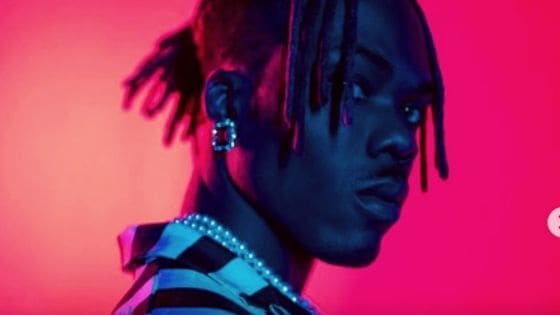 I will be honest with you that this creates several blog post topics for people like me.

but in all honesty, this can also be very frustrating because you see fans fighting over some crazy things as Who Drips more.

It’s insane but that’s what social media has brought about so maybe I should stop complaining and just go straight to the point.

Well, speaking of going against each other, this time around it’s Ckay up against Wizkid FC.

Ckay Love Nwantiti made the singer a global superstar in a couple of months which means that delay is not denial.

I mean if you take into account when Love Nwantiti was released which is like 2 years ago but only gaining recognition in 2021.

This success obviously became a talking point on Twitter with fans of Davido strongly siding with the singer.

I believe this caused a little bit of bitterness amongst some Wizkid FC on the grounds that Ckay should never be compared to Wizkid.

Why that is true he should never be compared to Wizkid his recent success has earned him that comparison at least online where people do it for bants. 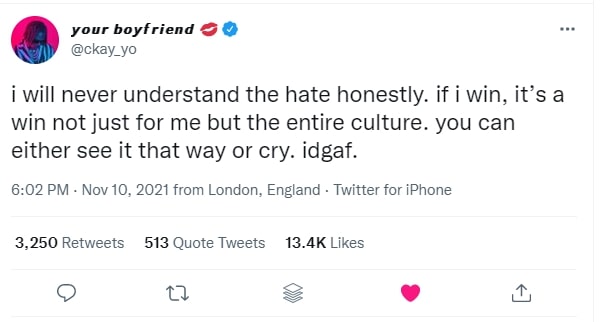 And here is a screenshot of how opposing fans reacted to what he said. 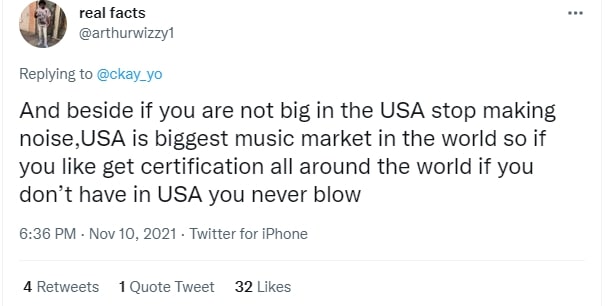 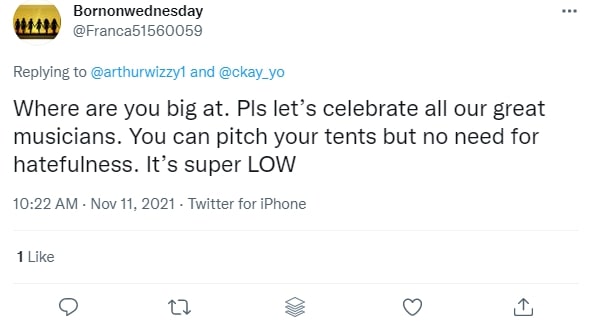 There you have some of the best headlines of the week complied into the latest entertainment news in Nigeria episode 6.

Is Mr P trying to send a message to his brother with his act of kindness?

Should Ckay be going against one of the strongest fan base in Nigeria?

And finally, did the Ghanaian princess look anything like Davido?