Published by Shoutmeceleb Entertainment on 11:30 am11:30 am 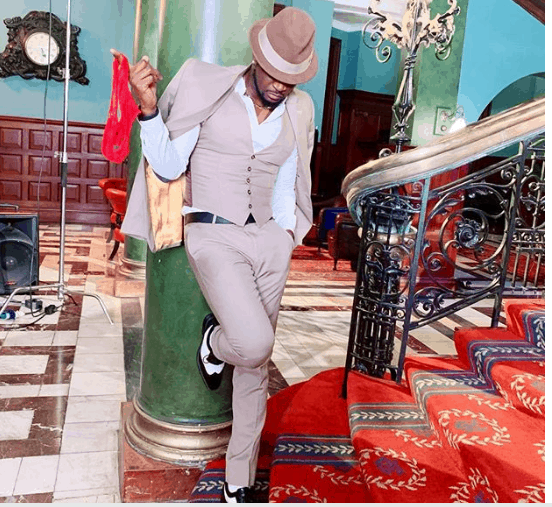 Mr P one more night lyrics drove Nigerians into a fun mood, Mr P had to organized a “One More Night Challenge”. He used it to promote the video of the song.

As a promo to the song, the ex Psquare duo offered fans a challenge where they can win a stipulated amount of money.

The challenge resonates with lots of fans around Africa. Majority of the participants were females taking off what is false undies.

You must be thinking why I used the word false undies right? Well, it is because right underneath that undies is another undies.

It’s crazy right… Lolz, I thought the same thing too. Because I was waiting to see if they were actually n*ked, but as it turns out. My expectation was left hanging.

Mr P One More Night ft Niniola was a good combination. Like seriously I enjoyed the Able God dance steps in the video. Plus I think the female star added her own flavor to that of Mr P (Psquare)

So, did I introduce myself in the beginning, well I don’t want to do that today? Seriously don’t ask me why. Lolz

What is The Lyrics About?

Well, Mr P One More Night Lyrics is about a girl he met in the club. She was sipping Hennessy and he seems to think the girl wants to get down with him. 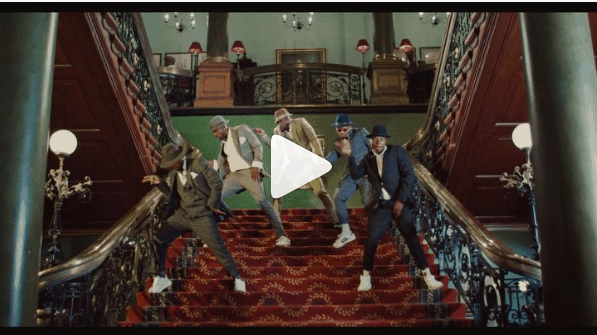 The lyrics further talked about him having money to spend for one more night.

Although this is bizarre because he just met a random girl in a club. and suddenly you want to get down with her?

I mean who the f**k does that kind of thing, Huhn? Anyways am kidding but that lyrics is quite off for me.

Personally, he is my guy and I love him a lot because I love anything that represents the old Micheal Jackson. I mean I could listen to MJ all day.

Mr P songs like that of his brother is loved by many around Africa and the rest of the world. Maybe that’s why I so want the two to come back together. You must talk about either of them once a topic is raised about one of the twins.

The list of Top 10 richest artist in Nigeria saw the two brothers sit comfortably at 5th and 6th respectively. This list has been questioned by many of the fans claiming rudeboy should be earning more, something which quite frankly should not be a topic of discussion.

Though they seem to be enjoying their solo career at the moment with each trying to prove who the best is.

This has been the debate between the fans of Mr P and Rudeboy since their split in 2017. Read about their break up hear if that helps.

Mr P Solo career has seen him released singles like Cool it Down, Ebaeno, Look into my Eyes among others.

His latest song to add to the list of his singles is the one more night. While fans argue that the brother is a lyrical genius. I am of the opinion that the two brothers are both great.

I admire what they do stand for back in the day.

So here’s a quick question for you guys!

Who is the best between Mr. P and Rudeboy? It’s always been a topic for debate.

Rudeboy Reason With Me Lyrics is also his latest and you may download and listen to it. But seriously do you think they are competing guys?

I asked because of the intervals on which they release their songs gets me wondering. Or are you not in awe too? I bet you are right!

Give me one more night x4
With you
Nini dey

I know you have been waiting for the Mr. P One More Night Lyrics but just relax, I will give it to you shortly. But first I want you to listen to the Mp3 below most especially because it is a good song.

So here it is:

Did you listen to it?

If you did then congrats, it’s another epic sound we brought your way. I also have here the video of the song. So check it out below.

It was actually released a few hours back so, I decided to embed it here for your pleasure. I told you I only think of serving you the best and I make good on my words.

Guess you have been waiting for it right? well, now you do not have to wait anymore.. below is Mr P one more night Video.

Mr P one more night video is filled with lots of moves. but I am thrilled because the more the world thinks he can’t sing, the more he wants to sing.

I personally think the comparison between the two brothers is not going to stop soon. my advice to the fans enjoy every bit of it while it lasts.

What do you think about this song is it dope? please leave a comment let me know what you think. I love you any time any day

Mr P cool it down lyrics made me be like why the hell did they say he can't sing, anyway…