Today you and I will be covering Mr P vs Rudeboy head to head statistical analysis. in this post, you will find out who among the two is succeeding better. but this will center more on their music videos, come on let’s find out, shall we?

A post comparing this twin brother feels totally awkward for me. but it won’t be the first time I have done that so, it’s probably not that awkward.

I would say I love peter and Paul a lot because of the kind of magic the twins brought. to Naija music in their two decades together as Psquare.

I am Mone Nuel founder of Shoutmeceleb Entertainment.

A home for everything celebrity net worth and biography, vacation, music, lyrics, and videos.

My dream has always been to help lot’s of people achieve a better life. and one of the ways you can do that is by owning your own business.

because frankly you really can’t be wealthy working for someone. which is why I created the SMC vacation contest.

A contest which can guarantee you start-up capital for small businesses. and will also take you on a free vacation if you are the winner.

You can read more about shoutmeceleb vacation challenge here. and make sure you subscribe so you can get all the updates how to be part of it.

this post will compare Mr P music videos and Rudeboy music videos. most especially from the moment of their popular split in 2017.

In other to actualize the purpose why I titled this post Mr P vs Rudeboy, I will consider the success of each individual video on Youtube.

After all, that’s one of the platforms on which users spend the most amount of time.

I am positive Facebook is the only platform that beats Youtube to this record. with Facebook having a massive 11 minutes of average time spent on the platform.

having said that, let’s look at the first song released by Mr P and Rudeboy.

Mind you I will take each single and pit them against one another. to achieve a simple yet clear explanation of my point.

come on let’s dive in!

Mr P Cool It Down Vs Rudeboy Nkenji Keke

During my research, while putting together this article, I made sure the numbers you will. see are legit and none was made up.

Thankfully Youtube is a platform open to all walks of life, so even if I try. to make up these numbers you still would find out correct?

I believe your answer should be correct!

Having said that, let us continue now, shall we?

Mr P cool it down video was released on October 20th, 2017 under Pclassic records.

This song was released immediately after Psquare breaks up in 2017 and up till now. precisely 2 years after, the song has garnered more than 4 million views on YT.

here is a screenshot:

Rudeboy nkenji keke video, on the other hand, was released on the 11 of January 2018. the video was directed by Moe Musa.

from 2018 till date Nkenji Keke has garnered over 10 million views on Youtube and counting.

In this regard cool it down by Mr P comes short of views when compared to Nkenji Keke by Rude boy.

Cool it down vs Nkenji keke head to head:

For My Head Vs Fire Fire

Okay thankfully the first one is out of the way and now I am moving to. Mr P for my head and Rudeboy fire fire.

For my head by Mr P was released on November 17th 2017 under the record label Pclassis.

I could remember when everyone wouldn’t stop listening to that song. damn it was that good and there is no taking that away from him.

The youtube views of For my head climbed 3 million views a couple of months back.

As for rudeboy fire fire, well the song dropped on December 2017 a month after. for my head dropped on Youtube, which first gave the feeling of competition.

Fire fire by rudeboy now has over 5 million views on Youtube.

Mr P for my head vs Rudeboy fire fire head to head:

One More Night Vs Reason With Me

when I published a post on shoutmeceleb top 50 wealthy Naija musicians, this two came up.

Imagine my surprise when I saw them on a top 10 list of the wealthy artist in the country.

I was like this is crazy, after the famous split you mean this guys still made the list?

I was amazed because it goes to show how wealthy they are together.

although Davido and Wizkid are currently topping this list, I am still confident anything can happen. in terms of any other of these musicians in the country overtaking them.

having said that Mr. P one more night was released on the 22nd of April 2019. under his own record label Pclassic.

The video of one more night is was fantastic but personally, I didn’t like pant part.

other than that, I think it’s a great video which has garnered more than 5 million views on YT.

Reason with me was released same April 2019 and both songs went head to head.

the song reason with me was released under Rudeboy Records. and till within 4 months, the song now has over 25 million views on Youtube.

Mr P one more vs Rudeboy reason with me head to head:

Rude boy reason with me – 25 million views and counting.

Look Into My Eyes Vs Double Double

I honestly have a thing for break dancing because it reminds me of my boyhood group. I mean we could literally dance our legs till it wears off you know.

It is this love for break dancing that fueled my love for the Nigeria duo. and one of the top rich singers in Africa Psquare.

both have gone their separate ways to with rudeboy amassing a net worth of $15,4 million.

I even recently made a post where I compared the net worth of Peter and Paul. you should check it out.

Look into my eyes video was released on March 20th, 2018 under Pclassic record.

A year later the song now has more than 2 million views on Youtube.

The song features vocals from Phyno who recently did the song Ride for you ft Davido.

Another notable vocals is Olamide who is the singer of Oil and Gas. till date, the song has garnered over 11 million views on Youtube.

Mr P Look into my eyes vs rudeboy double-double head to head:

Mr P Look into my eyes – 2 million views and counting.

Well, to be honest, a Rudeboy vs Mr P comparison looks interesting from my perspective. this is because I had to take every one of their trending songs since their split and combined them.

hence this statistic you just got now, while it doesn’t cover all their songs, it most definitely cover the main one.

Who do you think is leading the race between Mr P and Rudeboy?

Leave a comment below because I am dying to hear your thoughts on this.

Join our over 6000 subscribers to take part in SMC vacation contest now, you could be the winner. 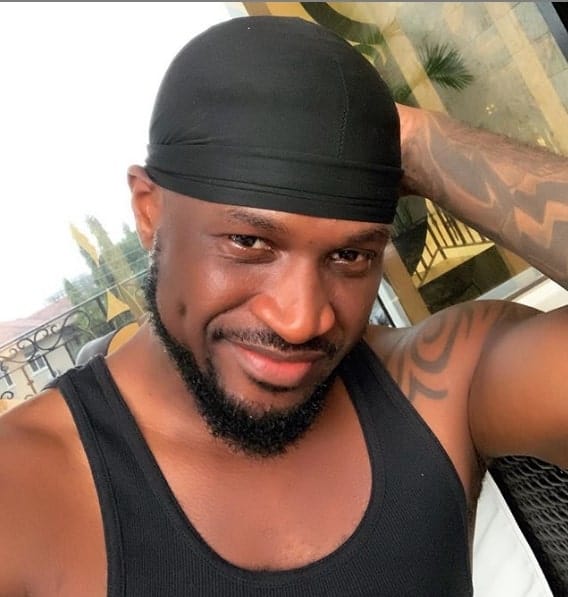 Davido proposal to Chioma: Everything Behind Scene