Naira Marley appeared in court a few days back and he pleaded not guilty of any crime. his proceeding has been forward to another 7 days.

What’s up my people it’s your Gee Mr. Classic Money here and today we will talk about NairaMarley. and his court appearance but before we go on make sure you subscribe to my notifications.

This way when I release more contents like this you will get notified.

so, what do we know about Naira already?

Well, before we start, this post about Naira Marley is going to take just 5 minutes to read. if you are a fast reader and 7 minutes if you love counting words like myself.

Either way, enjoy the rest of the article now, will you!

Why was Naira Marley Arrest

About a week back I made an update about the upcoming Naija Musician. who had a beef with ruggedman.

Ruggedman called Naira Marley a Fraudster to which the rapper received a worse reply. Marley words to him read:

You are old and your music career is over but I beg you do not come for me.

While this caused a huge ruckus online while some sided with Ruggedman, others sided with Marlyans. The rappers recently came out to claim he had nothing to do with Naira’s arrest.

A claim which the fans of the Am I a yahoo boy refused to consent to. Some of the fans have even threatened to deal with the Nigerian rapper Ruggedman.

It is important to tell you that one of the causes of Marley Naira’s arrest was regarded to his statement. A statement which said yahoo-yahoo is not a crime.

In what sounded like a vendetta, the singer held for something that dates as far back 50 years. His actual words were ” If you remember what happened during the slave trade then you will know Yahoo-yahoo is not a sin.

EFCC frowned his face on the comment and decided to carry out an investigation. on its investigation, it found a credit card belonging that did not belong to the singer.

In the Nigerian constitution amended 2015, it is a crime to be in possession of some else’s credit card. and it is an offense punishable by a 7 years imprisonment.

Not just that whatever may have been reported stolen from the credit card must be returned. to its owner whether in gains or in a loss.

But the straw that broke the camels back was Naira Marley Am I a Yahoo Boy ft Zlatan Ibile. In the song the singer said the Nigerian government wants to do to him what was done to Fela.

Fela is the King of Afrobeat in the world and solid inspiration for NairaMarley. I won’t go into Fela’s history but can read more about him here.

Am I a Yahoo Boy which is a rhetorical question if you understand the English Language.but  was perceived by the government as being a way of saying the songwriter is a Fraudster.

It was on these charges that he was arrested. moreover, Naira Marley management released a statement on it’s Twitter page last week.

The EFCC decision to arrest 9ja musician is totally unfair. because music is the only way a musician expresses himself. 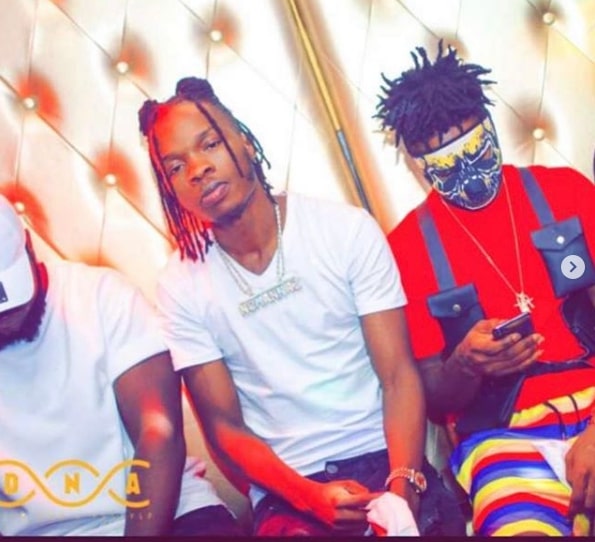 The management further said the young musician is a hard-working Nigerian. who is full of praise for his country both nationally and internationally.

So now that you know why he was arrested let’s discuss why he appeared in court.

Why Did Naira Marley Appear in Court

You and I both know what a court is but just in case you are not familiar with that term, here is a link to read about it.

His appearance in court could only mean that it is a hearing before the judge will take a verdict. Whatever verdict is reached in the court of law. will determine whether the UK based Naija artist is guilty or is free to walk again.

Here is what is interesting!

After the proceedings, the 25 years old was seen saying that he is guilty of nothing. and another date has been scheduled for the hearing.

May 30th which is 7 days from now, the court will array again to further look into the case.

Zlatan Ibile singer of Osanle ft Davido is one of the people arrested alongside the mid 20s Nigerian. but he was later released. thanks to some of the figures in the country.

Ibile is good friends with Marley and together they have done songs. but what became another center of focus is when Zlatan prepare to do a song 3 days in Ebeiffo.

He has been the center of focus since on the 10th of this month when he was arrested. But his undoing came from doing a song he titled Am I a Yahoo boy.

It was done in a bit to clarify that he is not a Fraudster but it turns that a different meaning was read. hence his arrest.

What do you think will happen to the singer now?

Thank you for reading!