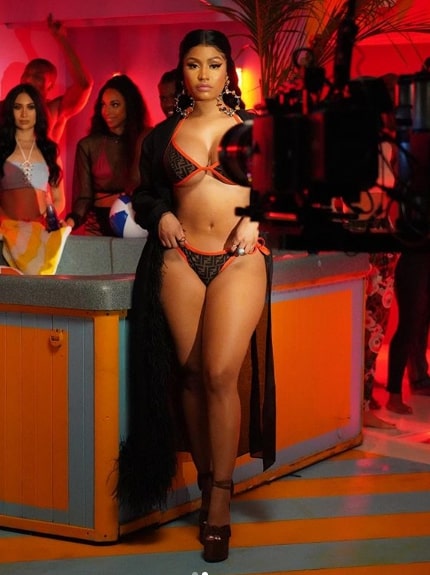 Nicki Minaj and Drake beef? this is the question that’s probably being in the mind of Nicki’s fans. after the 36 years old was snubbed by Drake.

It’s not exactly news flash that Cardi b and Nicki has been on the female supremacy battle.

Both trying to undo the other constantly with lots of throwing shades even social media.

Guess there’s a lot of question going on currently if you consider Diddy and Lori dating rumor.

Sometimes you can’t help but wonder what the fuzz is between celebs picking on each other.

Today, I will weigh in whether Nicki Minaj and Drake are beefing again.

What’s up guy’s, I am Mone Nuel founder of Shoutmeceleb Entertainment. The home of celebs net worth, music, lyrics, videos, and vacation.

Here is the best part!

I created something unique so you can be happy living the dream of your life. check it out I know you will benefit a lot from it.

Let’s dive in now shall!

Nicki Minaj and Drake beef(Why there is a possibility)

Drake just concluded his Drake OVO fest a couple of days back.

While the event booster stars like offset, Chris Brown, Rick Ross and Cardi b Nicki’s enemy.

Fans have been wondering why Minaj was left out of Drake’s fest considering brotherhood bond between them.

This has lead to my unconfirmed theory of a possible beef standing on the horizon.

But first, what do we know Drake and Nicki Minaj first beef?

Nicki and Drake have always lived like brothers and sisters after both were signed to Young Money.

A record label which has contributed immensely to the success story of both artist.

Can you remember when Drake featured Nicki Minaj?

Prior to that feature, there had been rumors that Drake and Nicki M might be dating.

Although both came out to clear the air saying it’s just brother and sister relationship.

But here the shocker!

Drake’s lyrics may have suggested otherwise when he said I really like you, Nicki. and you and will be getting married just for the sake that we say we did.

There is the line that got the fans of both stars wondering if this two might actually be dating.

Having said that, if there isn’t bad blood between this two then why wasn’t she called up?

His Drake clapping back because of this…

Meek Mills dated Nicki Minaj while Drake had a long-lasting beef with Mills.

Here is a brief story how that beef started, I bet you love little storytime yea?

Well me too, I love good storytime.

Once upon a time…

Meek had accused the Canadian born rapper of not writing his own lyrics and Drake didn’t take that light.

In response, Drake released a diss track that even got nominated for the Grammies.

After that, Mills also released his own track on what seemed like a never-ending war.

After years of dissing each other, both kissed and make-up when Drake had Meek Mills on stage.

After Meeks performance of his Hit song in 2012, both kissed and make-up according to US Today.

While this beef lasted for years, Nicki has been dating Meek all this time. 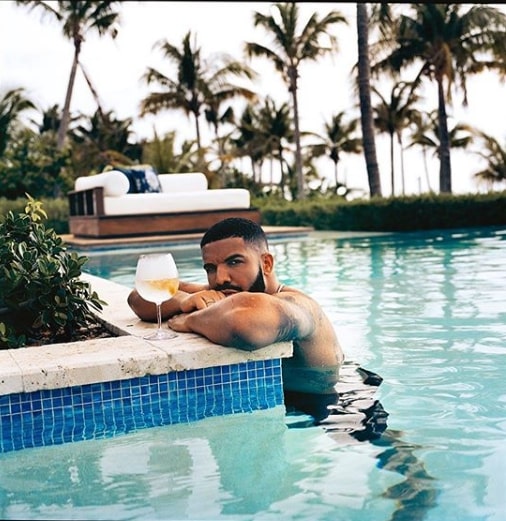 This also led to bad blood between the two megastars who defined their relationship as brother and sister.

It’s safe to say both put the bad blood to rest when Nicki Minaj relationship with Mills ended.

But here is the deal!

If you followed that story very well, you do see a trace of a possible payback by Drake.

It’s all a theory in my head but what if Nicki Minaj and Drake suppose beef is just Drake’s payback?

You know how fans love to stick with their mentors right?

Well, the fans of Trinidadian wasted no time to call out Drake for being a snake.

Fans know how to meddle on trivia issues and stir up fire where there isn’t any smoke.

Woowww …. I love cardi b but drake really must have beef with Nicki Minaj if he said all this a had cardi B on #OvoFest stage.

Drake should have had Nicki on stage and performed “Up All Night”. That would have been an iconic moment for #hiphop

Drake is such a misogynist and abuser – pitting women against each other. He gave Cardi a 5 songs set to spite Nicki bc she don’t want him. Just like he linked up with Chris because Rih embarrassed his ass. Let’s go spread some more pedo rumors. Ready, girls? Barbz ACTIVATE!

Nicki who has been consistent with his career dropped hit song Megatron about a month back.

While Its lyrics may be vulgar, it does well to express how much she’s in love with Kenneth Petty.

Although Petty is allegedly an ex-convict the 36 years old has stood by him all time.

One of the many people that may have refused the relationship between this two is Meek Mills.

Well, you can say that  Mills still misses her ex very much.

But to get Nicki back in your life you gonna have to purge her heart of anything Kenneth.

Which you and I both know ain’t happening any time soon right?

Music has always been a way for Musician to express their beef but we haven’t seen anything of that sort. between Nicki and Drake.

While this post is merely speculation of a looming beef on the Horizon. It does nothing to ascertain if there is actually a beef The two Stars.

I wrote this post because Drake just has been aware of there long-standing beef. between the two females who are always looking for an opportunity to go at each other.

This is the possible reason fans would refer to Drake as a snake. and you and I know what a snake does right?

Do you predict a possible Nicki Minaj and Drake beef?

Leave a comment below because I would love to hear your thoughts on this matter.

One of more thing!

Here is What Others are Reading Now:

Join our over 6000 subscribers to get everything latest on Shoutmeceleb below!

Nick Cannon shades P diddy in a recent interview where the 38 years old actor and TV personality. said I'd…