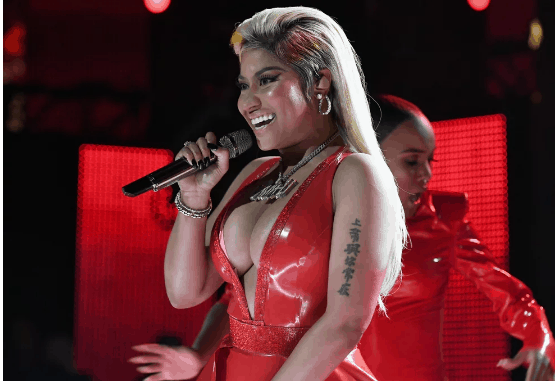 Kenneth Petty is the man to make headlines in Shoutmeceleb pick of the day. The convicted sex offender was seen posing with Nicki Minaj for a photo. A photo which saw the 40 years old ex-convict holding the female rappers leg. 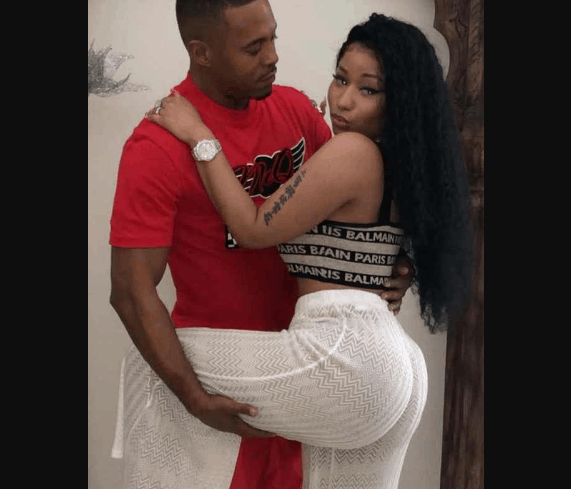 Nicki Minaj who have gone ahead to caption one of the photos ” Let’s give them something to whine about. ” thinks peoples previous life should not be the internet’s talk. Nicki who was thrown under the box after he publicly defended 6ix9ine has again come to defend Kenneth petty.

Nicki on Sunday posted a pics on her Instagram wall with sex offender Kenneth Petty. The popular rapper said in Shania’s voice ” They wanna talk? let’s give them something to talk about.” The rapper was seen in bed that same day with her new love interest.
Also Read:
According to the New York Police department. the 40 years old convicted attempted sex offender was 16 when he allegedly raped her. Nicki Minaj Instagram post, many seem to think Kenneth petty should not be blamed for what happened while he was a kid.

Although this only added fuel to an already enrage audience. who thinks Nicki Minaj may have made a mistake dating Kenneth Petty.

Nicki has not publicly made a claim that he is dating Kenneth Petty. Shoutmeceleb seems to think that this may be another way of making the female rapper famous. In the world of entertainment, anything good or bad is geared towards making celebs more famous.
Nicki is widely loved by many in the world for her role in the entertainment industry. While it is easy to rain thunder of abuse on people decision, it is fair to say that people can not be judged by their past. One thing constant is change and people change.

How Long Kenneth Petty Was in Jail?

Kenneth petty was jailed for a period of 18 months for attempted rape on 16 years old while he was 15. Nicki wrote on her Instagram that ” He was 15 and she was 16 in a relationship. No one is gonna control my life when Y’all can’t even control yours”
Petty who is from Queens have said nothing about most of the fuzz. He is doing well to stay away from the drama. Although standing alongside his new girlfriend would mean something. but Nicki can handle herself just fine in the storm that lies ahead.
Nicki Minaj is among the females who did not win any Grammy award this year. Fans think this is rubbish because she was quite involved in some bang from the beginning to this time of the year.

Nicki Minaj boyfriend may have the backing of his girlfriend but no one knows how long that will be. Considering the female rapper have had a bit of on and off relationships these few years.
Do you think Nicki Minaj and Kenneth Petty are dating? Use the comment box to drop your thoughts.?

Looking For What More to Read?