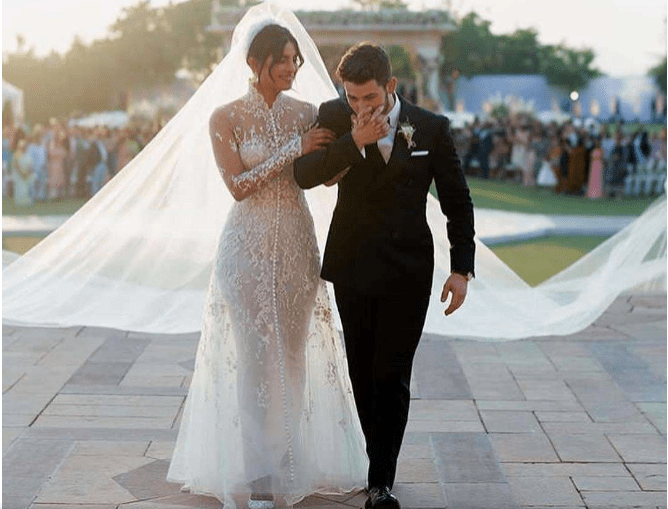 Priyanka Chopra’s wedding took place in New Delhi to finally leave the world of the single ladies. The Bollywood actress together with friends and family celebrate the union peacefully.
When asked about how she felt marrying Nick Jonas, She said: ” Every girl dreams of being a princess on her wedding day”. She added that for her, she did not have a plan what she wanted it to be.
Priyanka Chopra’s age is 36 but she looks even 20. and although she is 10 years older than her husband, the two quite have the chemistry of teenagers. Priyanka Chopra Nick Jonas who recently made Forbes list of most Powerful women. Would be looking to a happy married life after tying the knot on Tuesday.

It is always a thing of joy for the woman getting married. A wedding holding for four days is just out of this world. Nick Jonas wedding took place at Umaid Palace, Jodhpur. It was a two wedding consisting of a Mehndi and a Sangeet.
Also Read: 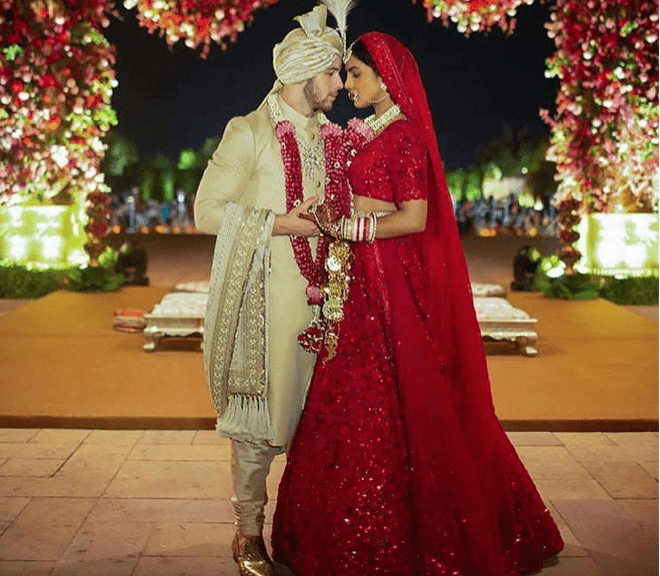 Source: [Timesofindia]
Indians is one of the country in the world that holds custom and tradition very dear. With their various rituals to make it a funfilled day and cocktail parties, I am sure the fun was never-ending.
Priyanka Chopra Nick Jonas had a post-wedding interview with The People Magazine. On that interview she said

It was all tears for me. I could not hold it in. I think i was nervous and scared. But immediately the curtain wound up and i saw his face, everything settled. And I just knew i was making the best decision of my life.

Nick Jonas who made a bold claim on his Twitter said ” It is magical to married to Priyanka Chopra Nick Jonas. The two are currently enjoying their newly tied knot in style.
Article Source: Dailypost

Priyanka Chopra Nick Jonas marriage came at the right time. She made Forbes list of Most Powerful Women in Entertainment. The 36 years Bollywood and Hollywood actress will star in a movie come 2019.
So, What do you think of the beautiful union between Nick Jonas and Priyanka Chopra? Use the comment box to drop your thoughts.

Dolly Parton reflects on writing the music for upcoming Netflix movie Dumplin’, and her personal connection to its powerful message, in a new behind-the-scenes…

Trevor Noah who is a South African comedian canceled all appointments for this year. This is due to having damaged…