Social media has been the mouthpiece of so many since its prominence in the mid-2010s with the rise of Facebook.

It has become a place where you and I drop our own pieces of opinion so it can be heard.

Today let’s look at how Reekado Banks and Wizkid beef started and see if it could all have been avoided. So is Wizkid and Reekado Banks beefing?

Well, with Reekado Banks Off The Record EP, it certainly looks like it.

But hey what really transpired between these two mega superstars in the industry.

Well, that’s is what you will find out while reading through the rest part of this post.

It All Started With Endsars Movement

A lot of us still remember the tragic day which is October 20th, 2020 right?

If you don’t, well I could help jog your memory a bit with just this one quote. 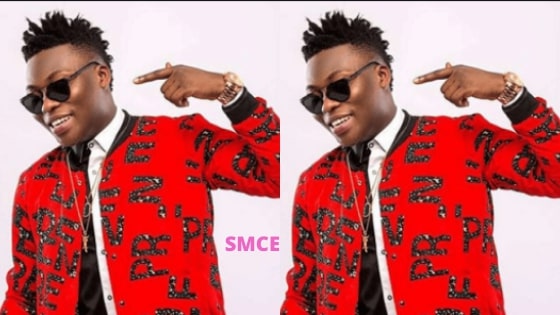 “It was the day the government murdered innocent Nigeria citizens at Lekki Toll Gate”.

A movement that started peacefully was hijacked and the government working with hoodlums and the military massacred innocent Nigerian citizens.

Even with all the evidence out there, these sick politicians were denying the allegation of not killing the citizens of the country.

Thankfully CNN did a little short story with its documentary highlighting what really happened.

So hopefully, with the truth out there I really hope the culprits are brought to justice.

Having said that, in the wake of this whole saga which Wizkid, Davido, Falz, and every other celeb was in on, something crazy happened.

but then why the beef right?

Well, it turns out that Wizkid was pretty upset that Ricky chose to release the single in a time when youths were being killed in the country.

You can say emotions were high and Wizkid said some pretty harsh things.

Personally, I felt that was just way off but then again Nigerians were being Slaughtered.

That is enough to rile anybody who is a true patriot of this beautiful country despite the fact that politicians keep looting us.

Wizkid took to his Twitter handle and dropped this tweet on which he called Reekado Banks a FOOL.

Here is Wizkid Reekado Banks tweet: Delete this dude! I can’t believe you are even doing this at a time like this. Od song #Endsars fool.

Before Wizkid tweet to Reekado Banks, here is Ricky’s initial tweet: Out of control gbedu must drop. This one with my brother @Wizkidayo OMO OLOMO midnight dropping. Still on the matter!!! #EndSwat #EndSars #EndPolicebrutality.

Finally here is the screenshot of the two tweets photoshop together. 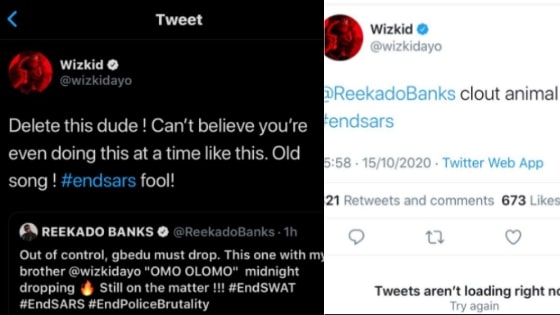 You know there is pride in every man and there is just that boundary you should never cross when dealing with sensitive issues.

Well, Reeky was pissed that Wizzy called him a fool publicly which for me is totally unacceptable.

If you know Banks he is known for minding his business in the music industry.

So what did he do?

Well, to preserve his pride, he made sure to something no one was actually expecting.

He decided to do this below…

First I hope Reekado Banks and Wizkid beef doesn’t end up like that of Davido and Burnaboy.

I said that because I really love both artists and I hope both can look for common ground in all of this. 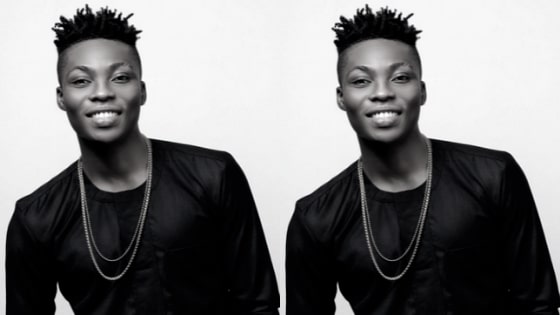 Now here is what Banks did…

When Off The Record EP dropped, a lot of us were expecting to see omo Olomo mp3 on the list.

But that did not happen because Hannuel removed it after his Twitter feud with Starboy.

Hence he named his EP Off The Record to send a warning shot the way of Wizkid.

Heck, even some of Wizkid FC which is the fan base of Wizkid said Wizzy went to far calling Banks a fool.

Well that’s something we all can agree on, isn’t it?

If you have not listened to Reekado Banks Off The Record EP then you just might be missing some really good jam.

Should Wizkid Apologise To Reekado Banks

Wizkid and Reekado Banks beef could have really been avoided in all looks.

All it would have taken was a little tweet saying sorry right?

But men are men and the pride is always big especially if you are a public figure. Before I continue, Wizkid is one of the biggest acts in the country.

Heck, he is also one of the richest in Africa music while also picking a top 10 spot in Naija.

So does this mean he can’t apologize? Well from what I have seen from history a man with that kind of wealth can really care less about apologizing.

but hey, I may be wrong because people learn from mistakes of the past wouldn’t you say.

Finally, I think Wizkid should apologize to Reekado Banks because his tweet was extreme.

I understand the situation he was in and emotions took the better part but hey a simple sorry would fix Reekado Banks and Wizkid beef.

I have been streaming the Made In Lagos album while writing this article on Wizkid and Reekado Banks beef.

Overall both guys have a quality body of work out, one you really need to check out.

Now it’s over to you!

Do you believe Reekado Banks and Wizkid beef will continue?

If YES should Starboy apologize to Banks for calling him a fool on public social media?

Burna boy platinum plaque award did come as a shock in my opinion. so in this post, you will find…