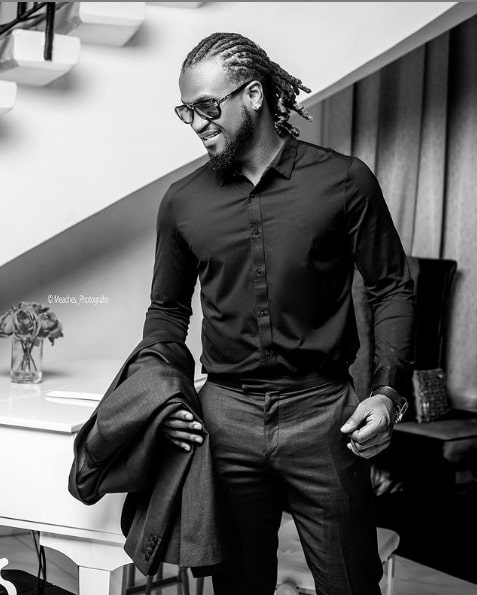 Rudeboy 2020 album has been confirmed and with it comes details about how it all started for the group Psquare and why fans have been wrong all along.

If there is anything you and I can agree on, it would be that music comes naturally for Rudeboy. who has seen topple his brother on a head to head music views.

As a matter of fact, this comes after Shoutmeceleb Entertainment did Mr. P Vs Rudeboy post.

The above link should take you directly to the post that outlines who is currently leading sincere the famous split.

In this post, you will find some details you and I never knew or talked about before because. Rudeboy chooses to keep quiet about the drama that’s been plaguing the family of the Okoye’s since their split.

For some of you that probably still can’t believe the group Psquare is no longer together, you can read this article.

Let’s get to the interesting part now, shall we?

Rudeboy 2020 album just got confirmed and guess what it’s supposed to drop this year. but unfortunately, that won’t happen since Jude Okoye wants Kingrudy to still be having fun.

This probably begs the question who is Jude asking Rudeboy to have on the right?

Is it Mr P the suppose brother who has been said can’t sing or its the Nigeria music industry at large?

Guess you and I would never have answers to these questions until Jude or Paul tells us who.

One of the saddest parts of these two brothers is you can’t speak about one and not talk about the other.

You and I have been condemned to a fate of picking sides between the two brothers who entertained us. for the longest possible before their split happened.

One to which you and I still have divided opinion about. but a couple of months ago I wrote about Mr P and Rudeboy’s net worth, you definitely should check it out.

When it’s music you and I have divided opinion about these two brothers on who is the better singer.

but today while Rudeboy spoke about his album coming out mid-2020, the 38 years old said…

I have always been a studio brat, I could even sleep in the studio for a whole day because music. just comes naturally for me as I don’t force it.

When I released Chizoba I wanted to express myself on how exactly I felt about our situation and that was it.

So what I do is I just record a song and give it to them and by them, I mean Jude and Peter.

They handle the rest because that’s how naive I was about the music business.

These days I listen to songs that this generation is putting out and I am like this is crazy.

I mean how can you record songs that in the next 3 months it’s no longer meaningful.

Which is why I try to take a different approach with all my songs by putting meaning into it.

Take for instance when I released Reason with me, I did that song because of the women of this generation. are no longer patient, all they want is your money.

and for some reasons that song alone seems to resonate with a lot of people more than I would have hoped.

The same thing with Audio money, I really do get the inspiration of my songs from dreams. I could just sleep and then I see the song am supposed to do.

From there I take out my phone and I start singing and recording the lyrics as I lost in thoughts.

When we first broke up it was hard for me going up on stage because I still felt it.

Now I am getting more and more comfortable because when I turn off the mic and hear the fans. chanting the chorus of your song, men it’s just awesome.

I was suppose to release an album this year but Jude told me not to be in a hurry. that I should take my time and have fun with music.

So for now, I think am taking it slow and having fun as much as possible.

I will definitely be releasing an album by mid-2020, by then everything should be set.

Contrary to what the world has been thinking, the issues between my brother and I aren’t about music.

It was more of a family issue which is why I really don’t talk about it. plus I am thankful for lots of people that asked me to be silent.

Because as it turns sometimes silence is good not because of maturity, but because it can keep people wondering.

Rudeboy has been phenomenal with every single dropped so far with the latest audio money. clocking more than 1 million views on YouTube within 24 hours.

Audio money record surpassed that of Reason with me which broke a million view record in 3 days.

Also, Rudeboy has been underrated on the award selection which will be holding a few days from now.

In my opinion, Rudeboy is supposed to be listed considering all his hit songs have done well back to back.

Plus I understand why he said you know that these awards can be biased sometimes. and I believe that he is right about that especially because every of his singles has done better than anyone expected.

I have also made a post detailing the top 10 trending Naija songs in 2019 and Rudeboy position will definitely surprise you.

You don’t want to miss that because it contains all the songs from even some artists you probably didn’t know exist.

Rudeboy 2020 album is scheduled to drop by mid-2020, and if you are like me, I know you can’t wait. to see what goodies the album holds considering his recent success with several hit singles.

Is Simi pregnant? well, you and I would need a very strong confirmation from Simi herself, right but let's find…