Steve Harvey Little Big Shots: Will He Be Fired?

Published by Shoutmeceleb Entertainment on 3:28 am3:28 am 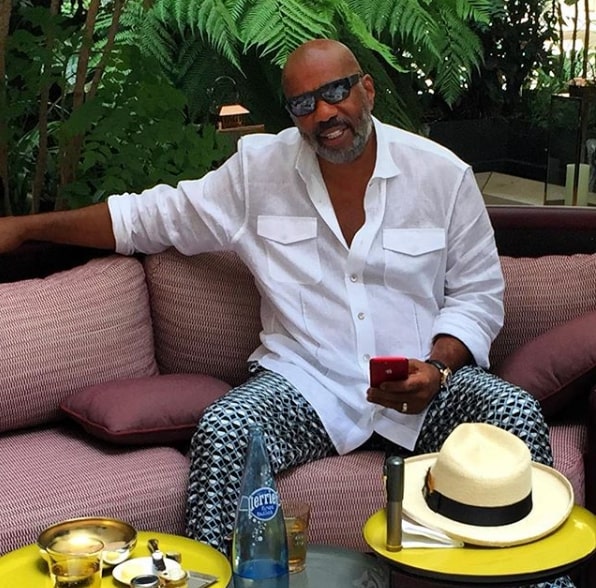 Steve Harvey Little big shots show host will be replaced by Mellissa McCarthy. Steve has been the show host for 3 seasons now.

Well, you and I are no strangers to being employed and getting fired tight!

Like I always say, a man is expendable if there is someone who can do his job perfectly. My advice be the director and CEO of a business otherwise you will suffer the fate of getting sacked and employed.

Fox may have been dreaming of replacing Harvey for a very long time now. However, his recent issues on air with Monica could have played a much larger role.

The show is about talented kids, and Steve Harvey’s Job as the showrunner is to interact with these kids in a comedic way. at least that is how I can explain it to you.

“Melissa’s an incredible performer and incredible comedian,” Paul Telegdy said. “She will bring a completely fresh perspective to it.”

“Melissa is a strong creative force with her own ideas. Changes will be apparent,” Telegdy added.

An exact date for the show’s return has not yet been announced.

It was the fifth-most-watched syndicated talk show after Dr. Phil, The Ellen DeGeneres Show, Live with Kelly and Ryan, and Maury. So if ratings weren’t the problem, why was the show canceled?

The show’s demise stems from the fact that it’s not owned by NBCUniversal.

While his previous talk show, The Steve Harvey Show, was co-produced by NBC, when its five-year run ended. Harvey opted to strike a deal with IMG Original Content. That gave him greater ownership of the program — and cut NBC out.

NBC continued to distribute Steve and kept airing it in the same time slot as its predecessor. But according to Variety, it’s “no surprise” that the media giant wanted to develop its own show.

After NBC announced it was planning The Kelly Clarkson Show, IMG started looking for new stations to air Steve. But apparently, they didn’t find any takers. However, Harvey reportedly is working on a digital platform.

News that Harvey will be replaced comes just days after the network officially announced that his daytime talk show “Steve” will end its run in June.

According to Variety, the writing was on the wall for “Steve” when NBC cut a deal with Kelly Clarkson for a one-hour talk-variety show.

“The Kelly Clarkson Show” is expected to launch in the fall and occupy the prime daytime spot that was once held by Harvey.

“Steve” reportedly taped its final episode last week and will air originals through June. Fortunately for fans, it will remain on the air in reruns through September.

Harvey will stay on as the host of ABC’s “Family Feud” and “Celebrity Family Feud.”

Although the 62-year-old host hasn’t directly addressed the change. he tweeted a motivational thought shortly after news of McCarthy’s takeover broke.

“God has already lined up all the people in your path to get you to your dreams and your visions; all you have to do is get rid of the wrong ones,” Harvey wrote Monday.

Melissa may be replacing become the host of Steve Harvey little big shots show, but she is no Harvey. So, I would leave it to you guys to do your thing.

So over to you guys!

Do you think the show will die without Steve? use the comment box to drop your thoughts.