Wizkid new endorsement deal with Storm Model Management isn’t quite newsflash because the Naija born singer has been super amazing and deserves the best.

He set the pace and breakthrough for every Nigerian and African artist that’s been here. and that is still upcoming in the years to come.

Hope you are smiling right about now because I love a really good smile from a beautiful face.

First thing is first so here is my advice for today for young people that have been struggling to make it.

“Success does not come overnight, but if you are focused on your goals, keep working and more. I guarantee you will succeed”

Having said that now let’s move on to our post of today which is about Wizkid new Endorsement Deal with storm model management.

So what are some of the things you and I know before now?

I really do not know about you but one of the things that really got me smiling about a year ago. was when I saw Wizkid modeled for Dolce and Gabbana.

I still remember the moment he came out to greet the crowd with his amazing presence. alongside Naomi Campbell.

I mean being a celebrity is one thing but when you show how versatile your talent could be. then I guess the world can’t love you any less.

Yesterday I wrote a 1000 word article about Wizkid Africa to the world. in an interview which was held and brought online by Pulse ng.

In the interview, Wizkid was asked what he meant by Africa to the world and he just spelled that out. so effortlessly shining a little light on why he uses it on his songs.

Wizkid songs such Fever which has made over 30 million views on YouTube in just 8 months. have been one of his latest songs that still keep Nigerians partying at the amazing and well sync sounds.

From his debut in 2009 with hit single Holla at your boy to hits Ojuelegba, it is safe to say Starboy. has been superbly amazing so far.

Adding to some of his popular appearances well-known brands like Nike and Cirox. Wizkid latest addition to this list is bagging a deal with storm model management.

Storm model has been here for over 3 decades and if there is anything I know, it is that. their taste is exceptionally good.

This is because Storm management spends years scouting talents and models that are productive. and increase commercial awareness.

Some of these models scouted by Storm Management are Kate Moss, Naomi Campbell and more.

with Starboy recent clothing line seeing the light of day. it totally makes sense to sign into such a company with charisma.

which will further open more doors of opportunity for his new brand.

Often times I have seen people making the mistake of having just one stream of income.

I mean no man becomes rich by having just one source of income. ask people like Dan Lok and Neil Patel, they do tell you to diversify your stream of incomes.

The management of Starboy knows this and is ensuring that he is got multiple streams of cash flow.

Before the deal with Storm management, Wizkid also made headline after a wedding performance in India.

One such reason is because of the amount involved in making the deal happen.

Which is like the highest any Nigerian celebrity has been paid on a single performance.

When I converted that cash to India rupee, I got 50 million rupees which is about 681,200 US dollars.

Wizkid and Davido who is the richest is one of the most popularly asked questions in Google. but individually both have been outstanding in making Nigerians proud.

Davido also landed an Endorsement Deal with travel beta a company that books hotel reservations. and travel document for people.

No wonder they endorsed David most especially because he is popular and one of Nigeria finest musician. alongside side the likes of Tiwa Savage and Wizkid.

Did you also know that Tiwa Savage bagged a new Endorsement Deal with universal music group?

A group that’s fully operational in more than 50 different countries all around the world.

2019 has been more than fruitful for Tiwa Savage whom her net worth has also seen a steady rise since her debut. in the Nigeria music industry after being signed by Mavin records.

In 2018 world Cup Nike also struck a deal with Wizkid which showcase the Starboy on the Nigeria Jersey. alongside the likes of Alex Ewobi of Arsenal FC.

Wizkid New Endorsement Deal with storm model management did not come as a shock. according to Jaguda who thinks the deal is rather one that will increase Starboy brand awareness.

In the last 2 decades, music and oil have been one of Nigeria most lucrative export. 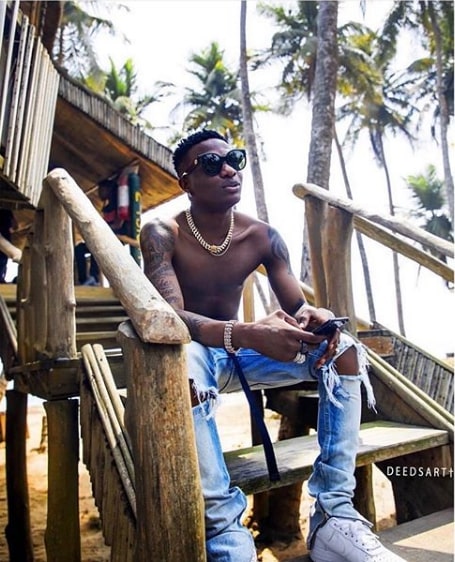 thanks to the young talent in the country and Africa who have strived to put Africa’s name on the international stage.

I see reasons why they say music is life, it is the sound that you embrace and makes you whole.

How would you predict Wizkid net worth in 2020?

Judging from some of his lucrative deals from 2017 to 2018 and now 2019, do you think his net worth will increase or decrease?

Thanks for reading and Cheers!