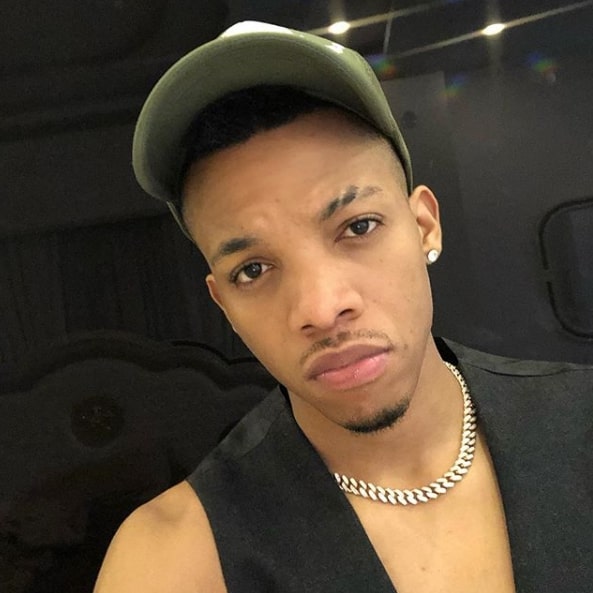 One of the Nigeria artists that has had is own fair share of struggle last year is Tekno Miles.

Tekno undoubtedly has seen his own fair share of comparison with other artists in Naija. but noteworthy for me was when I did the Patoranking and Tekno net worth comparison.

I was surprised to see that in less than an hour I had already gotten way more shares. than I can count but it was mostly because I gave value first.

Here is a secret!

People love valuable information, so when you give value human beings would pay for it.

Scroll down to watch the video!

Today I will be discussing the difficulties Tekno faced during his vocal cord struggles.

But before I do let me introduce myself, I am Mone Nuel the founder of Shoutmeceleb Entertainment.

A home for everything celebrities, music, video and lyrics of latest songs.

But that’s not all, I also created a way for you to have fun and get funds for any business you wish to start.

It’s called the Shoutmeceleb vacation challenge, check the link out. because it’s packed with lots of interesting things that will help change your life.

Having said that now let’s dive in proper, shall we!

Tekno damaged his vocal cord towards the end of 2018.

During his latest interview, he described the experience as one that’s been very depressing.

Most especially because when you are a musician, your asset is your voice.

If you lose that then you can be sure that your career is next to being over so you can imagine right?

Tekno who is one of the richest musicians in Nigeria kept his hope alive while seeking solutions.

Here are the details!

How Did Tekno Damage His Vocal Cord

Tekno stated having problems with his voice after his performance with Wizkid and Davido. The damage to his vocals is due to putting too much stress on his voice.

While this is not exactly anything strange or difficult, it can be a devastating condition.

Especially if there is no specialist in your country that can handle such surgical procedures.

This means you will need to go outside the country to seek medical assistant.

Which in turn cost lots of money but for the result of being able to talk again, I would say it’s worth it.

I can’t even begin to imagine what that felt like for the 26-year-old Naija musician.

It seems vocal surgery might be common with musician and comedians considering the strain on their voice.

Another African that recently had the same vocal cord problem is South African comedian Trevor Noah.

How did this affect him?

He literally had to cancel his stand-up comedy shows from 2018 right into 2019.

This is what his doctor advice in other to quickly regain his voice and start performing again.

You can read all about that story here, I am sure you do know of whom I speak.

One of the ordeals associated with damaging a vocal cord is the inability to speak in severe cases.

Tekno whose current net worth is 2.5 million US dollars made sure this wasn’t the case with him.

You and I both know that the voice of a man is important in communication.

While some of these conditions can be temporary, it, however, can take an unprecedented turn.

But only if not properly manage the right way.

One of the most common recommendations from doctors is to not do anything that’s can strain your voice.

In a worst-case scenario, you probably be asked not to speak for days which is totally crazy.

I mean no one should experience such fate because it can lead to the feeling of depression.

Here is what he had to say:

When I was looking for a solution to this problem I had, I visited many hospitals in Nigeria.

After months of therapeutic sessions, I still wàs not getting any better you know.

I tried more than 3 hospitals in the country but I didn’t get any better and on recommendation. I visited people who claimed I was being Bewitched.

Funny enough is he said I was being Bewitched by the same people that brought me to this level.

Which are Ubi Franklin and Iyanya, you can Imagine, it wasn’t easy for me at all.

One of these seers even asked me to bring a he-goat for some traditional rites.

Some of the hospitals I visited claimed this was no physical problem that it may be something spiritual.

In some cases, I was asked not to speak for a week which ultimately almost led me into depression.

Once I see that I wasn’t getting better, I had to sick medical assistant outside Naija.

My doctor told me that I shouldn’t worry that I was going to sing again which really gave me hope.

Thankfully everything went well and here I am talking about it’s with you.

Jogodo audio and video was the second to last song the singer did before he stopped singing.

I bet you are wondering which then is his last song then?

Well, Tekno Woman audio and video is the last song he did before finally taking a long hiatus.

The above songs were all widely receives in Naija and other fans in several African countries. made sure to show their love to the Ebonyi State-born singer.

Fast forward to July 2019 Beyonce did a tribute album to the Lion King movie. A movie which hit 1 billion dollars mark surpassing the original version of the movie.

As a tribute to the live-action remake, Beyonce featured several Naija and African Stars. like Wizkid, Tiwatope Savage, Tekno, Yemi Alade, Shatta Wale and many more.

Although East African was furious because Beyonce Love Letter to Africa album exclude them.

However, Beyonce words were that he needed the best in the Continent to feature in the album.

Here are the two songs from the album i am most fond of.

Wizkid ft Beyonce x Blue Ivy and Saint Jhn is one of my favorite and Tiwa Savage ft Beyonce Keys to the kingdom.

Tekno vocal cord problem may have threatened his career but it feels more than good. to have him back on sets, although I can’t say I was impressed with his lyrics in Beyonce album.

That’s just my opinion and one is not far from the truth.

Hopefully, for the remaining part of 2019, you and might be seeing good songs from him.

What’s do you think is the cause of Tekno damaging his voice?

Use the comment box below to drop your thoughts.

Join over 6000 subscribers to receive our latest new updates now.

Wizkid UBA endorsement deal is one that isn't surprising to me, he is deserving of it. In this post, you…