In the early hours of today, Tiwa tope savage replied to an Instagram follower who said. her boobs are flat when she uploaded an Instagram photo.

The latest news to hit us in the month of May was Tiwa savage new record label deal with UMG.

But what does this mean for Mavin

After a heartfelt exchange of goodbyes by Tiwa and Don Jazzy on Instagram with. the latter wishing her well in the next step of her career.

Mavin record label unleashes a monster new single All is in order.

A song Shoutmeceleb Entertainment said is for calming the nerve of fans who are worried. of the Mavin queen being gone.

The song has done over 1 million views on YouTube already also marking the intro of Crayon onto the label.

Although Tiwa savage and Reekardo banks may be gone. but Don Jazzy who is the 3rd richest musician in Nigeria isn’t afraid.

This is probably because he is got more aces up his sleeves in the form of his young talents.

While 2019 has been very quiet for Tiwa Savage without so much as a song under UMG. a musical brand fully operational in over 60 countries.

So far her only feature in 2019 comes in the form Young John ello baby. A song which features Tiwa Savage and Kizz Daniel.

Fans are still very supportive of the mother of Jamil Balogun. whom the ex Mavin queen has said isn’t complaining of suckling his teets. 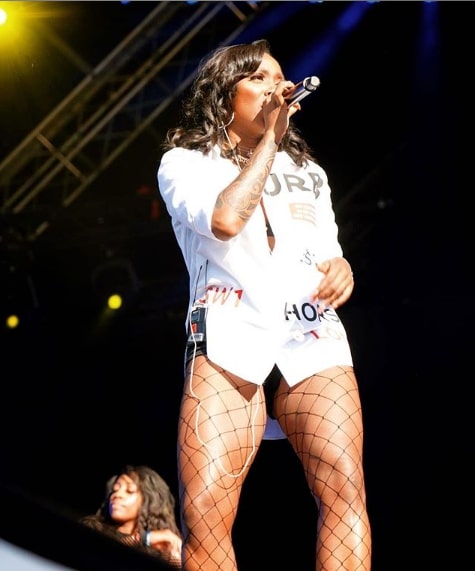 After the veteran singer-songwriter and actress who debuted her Once Upon a Time. album back in 2012 replied to the commenter’s comment in a savage manner.

Tiwa Savage reply:  All I need na small money maybe you fit give me so dat I go do breast implant.

Besides e don flat because naim I use suckle my beautiful boy. and the person that suckles it is not no complaining.

The Nigerian female singer who her net worth currently ranks her above the likes of Yemi Alade and Chidinma. In the 2019 list of richest musicians in Nigeria did not waste time in addressing the reason why her boobs are flat.

One spectacular thing about the whole scenery was the humor the singer used while addressing. A follower that body shamed her.

In all honesty, I felt like wow she really knows how to handle such people on social networks. You will find all her response below and guess what it sounded really savagely cool.

While most commenters were full of praise for the African beauty who was featured on Wizkid Fever video.

It was the negative comment that caught Tiwa’s eyes and her response goes to show that. despite being a star, she is also a human being that feels.

Tiwa Tope Savage was born in Ikeja Lagos but her family relocated to London where she got a degree. in business administration and worked with Royal City Bank of Scotland.

She also later applied to a music college where she developed her passion for music graduating at 27. before finally upping her game to enter Nigeria music industry.

Amidst discouragement from friends and family not to come to Nigeria because. she won’t succeed, she failed to listen because her motherland was calling her.

Today Tiwa Tope savage is a figure celebrated by every lover of music in Africa and around the world.

My advice do not listen to negative talks from people because that is their thoughts and not yours.

What do you think of Tiwa’s response to the commenter?

Leave a comment if you think it was Savage…

Thanks for reading and I love you guys

P.S: Join Our 15,000 Newsletter Subscribers below, this way you don’t get to miss anything.

Also, you get to be the first to get notified of every new post released by Shoutmeceleb Entertainment.

Wizkid Africa To The World (7 Things We Learnt)