Adam is an American singer-songwriter who took off with his band Maroon 5 and produced great numbers.

The band came to the limelight with their songs “This Love” and “over and over again” and they went on to win many awards in 2005.

“Moves like Jagger” was the song that made Maroon 5 and Adam Levine win a Grammy Award for best pop performance.

They are the best musicians in the US giving great melodies.

“Girls like you” by cardi B is not unknown to you as it is the most played song on Radio shows and Tv.  To add on “Memories” and “Payphone” are also being given attention for their catchy music.

Adam Levine’s classy voice has won many hearts, he has effortless vocals and this has helped him become a judge for the Voice, a reality show.

The star has 14.5 million followers on Instagram and a net worth$160 million.

Charlie Puth is a talented American singer and songwriter.

The single which brought this talented artist in limelight was “See You Again” in 2015, one of my favorites.

It earned him success and critical acclamation from every corner of the world.

After that Charlie continued to produce some great hits including “One call Away”, “Attention”, “How long” and “We don’t talk anymore”.

In 2022  this talented singer released his new album which features songs like “Left and Right” and “That’s Hilarious”.

The songs are hitting new records making him one of the most streamed artists on Spotify. Puth has leveled up his game and is now becoming popular in US music.

The song “Left and Right” which features Jungkook from BTS ( K- pop band) has touched new milestones and is ruling across America.

Charlie Puth has won Billboard Music Awards and also Critics Choice Awards. He has an amazing voice and is a super-talented producer.

His fan following on Instagram is 16.7 million and his net worth is about $25 million.

Lil Nas X is an American rapper and singer. His breakthrough single is “OldTown Road” in 2019 which earned him popularity and became his diamond-certified single.

Lil released his next singles which were also big hits including “Rodeo” and “Panini.” His album “Monterey” featured songs “Montero”, “Industry Baby” and “That’s what I want”; these are all Lil’s big hits.

This success in songs led him to get nominated for the Grammy awards. Lil has won several awards including the MTV music awards and American Music Award.

And that is why he is among America’s best musicians in 2022 list.

Nas has 12.4 million followers on Instagram and a net worth of $10 million.

No one can deny how talented this lady is.

Rihanna is a Barbadian singer who gained recognition when she was signed by an American producer Evan Rogers.

Rihanna worked with him and started getting attention for her different styles of vocals and music arrangements.

Later on, Jay Z collaborated with her, and then Rihanna’s single “Umbrella” brought her global stardom. Umbrella earned her first Grammy and she became an overnight successful singer.

Then comes a big list of hits that reflect how authentic her music is including “Talk That Talk”, “Love the way you lie”, “What’s my Name”, “We found love”, “Where have you been” and “Diamonds”.

Becoming the second best-selling female artist of all time. Rihanna is an amazing artist which makes her the best US musicians.

She is the wealthiest female artist with a net worth of $1.4 billion and an Instagram fan following of 120 million. If you want to know more then Do read my article about Beyoncé and Rihanna’s net worth.

Nicki is a Trinidadian-born singer-rapper who is now US based. She gained popularity due to her versatile performances and rapping style.

Minaj is considered the Queen of Rap and Hip hop. Her list of hit singles includes “Super bass”, “Bang Bang”, “Side to side”, “Starships” and “Hey Mama”.

This artist won the MTV Video Vanguard Award in 2022. Her new single “Super Freaky Girl” is on the top of the charts and breaking records.

Nicki Minaj has Instagram followers of about 202 million and a net worth of $100 million. For further info, you can check by clicking Nicki Minaj vs Cardi B’s net worth.

Jay Z is an American rapper and record producer. And many artists have been commercially successful after working with Jay Z.

Jay Z has become one of the best-selling music artists with about 140 million records being sold worldwide. His song list is huge as a solo artist and as a collaborative artist as well.

“Crazy in love with Beyoncé”, “Empire State of mind” with Alicia Keys, “Umbrella” with Rihanna, “Holy Grail” with Justin Timberlake, “Heartbreaker” with Mariah Carey, and his solo songs like “Izzy”, “Excuse me miss” and “ChangingClothes”.

All these songs have been at the top of the charts and ruled the hearts of Jay-Z’s fans.

His contribution is extraordinary to the music industry and that is why he is one of the best American musicians 2023.

Jay Z‘s new song is out, and a collaboration with DJ Khaled called “God Did” is out now to set new music records.

Jay Z has been the winner of 24 Grammy awards, he has the record for most number-one albums as a solo artist on Billboard. Time also named him one of the most influential people in the world in 2013.

Jay Z has Instagram followers of more than 2 million and his net worth is $1.3 Billion. He is one of the richest rappers and businessmen according to Forbes.

Cardi B is an American rapper and songwriter. Forbes has titled her one of the most influential rappers of all time. Her candid lyrical style makes Cardi B different and attracts many of her fans.

So she is on our list of the 50 best top musicians in America today.

Cardi B has produced masterpieces from the moment she stepped into the Music Industry. Her blockbuster hits are “Bodak Yellow”, and “I like it”, and a collaborative song with Maroon 5 named “Girls Like You” has made her a Female Rapper who has Diamond Certified songs.

Cardi B has been recognized as the Female rapper with the most number-one singles on the Billboard Hot 100.

She has been a singer with most songs being streamed on Spotify.

She has 141 million Instagram followers, a net worth of $40 million, and is also one of the best musicians in America.

Kelly Clarkson is an American singer and songwriter. She first appeared on American Tv Show American idol in 2002.

After winning the show she went on to grab the attention of listeners and became a household name.

Kelly’s effortless vocals and stage presence have caught the hearts of many and till now she is making excellent musical pieces.

This artist has given us songs like,” Miss Independent,” “Breakaway,” “Since you been Gone,” “Behind These Hazel eyes”, “Because of You”, “Stronger” and “Piece by Piece.”

Each song is a lyrical content masterpiece and musically soothing to listen to. She has won 2 Grammy awards and many Billboard and American Music Awards.

At present Kelly is on the reality Tv show “The Voice” as a judge and also the host of her Tv Show “The Kelly Clarkson show”.

Her Instagram fans have reached 6.1 million followers and her net worth is $45 million.

Miles Cyrus is an American singer and songwriter, with a distinct raspy voice and cute looks she made her way to become a teen sensation in late 2000.

Wrecking ball (2013) was Miley’s greatest hit so far which has made many records and was considered in parallel to Celine Dijon’s My heart will go on.

It has won many awards for Miley including MTV music awards and Billboard Music Award.

Miley’s Instagram fan number is about 183 million and she has a net worth of $160 million.

and the list would have been incomplete without this singer because she is certainly one of the best musicians in America. 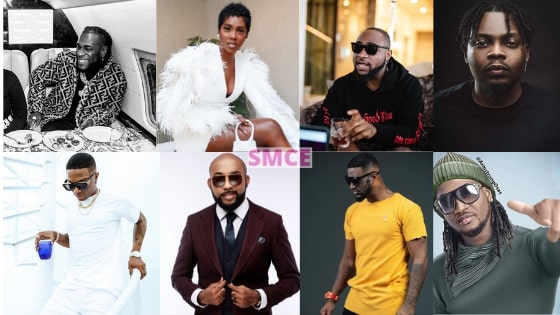