How Much is Abdulsamad Rabiu Worth ($1.6 Billion Nigeria)

The number 3 billionaire from Nigeria on the list of richest people in Africa is Rabiu.

To be quite frank I was not surprised to see more Nigerians on this list with only Egypt being ahead.

but who is Rabiu should be ringing in your precious head right now right?

Well, I will tell you all about him in a summary in a bit.

So brace yourself yet again….

What is his real name?

The real name of Rabiu

The real name of the 3rd Nigerian billionaire is Abdulsamad Rabiu.

He was born on the 4th of August 1960 in the Northern state of Kano.

This means the state of Kano has two billionaires in the person of Dangote and Rabiu.

Now here is the crazy part you weren’t expecting…

Both have been on each other necks for quite some years now.

but Nairametrics reported that both parties decided to call off their long-lasting feud in a meeting that looks like both has kissed and makeup.

Well as you have already known before now, Rabiu is a Nigerian businessman and a billionaire.

He is also the founder and chairman of BUA Groups.

BUA Group is a conglomerate that focuses on Agriculture and infrastructure manufacturing.

With a larger part being cement just like Dangote.

Rabiu’s story to success can be likened to the proverbial rat with 9 lives.

but then how does he make his money?

Well, Rabiu makes a larger part of his money from Agriculture and cement.

Both have helped to boost the net worth of the Nigerian billionaire.

and I believe this brings you and me to the question of how much is he worth right?

Are you ready for the answer?

What is the net worth of Abdulsamad Rabiu? He is currently worth more than a billion dollars in 2022. according to Forbes he is worth 1.6 billion US dollars ($1.6 billion) only just behind Aliko Dangote, Michael Adenuga, Oppenheimer, Nassef Sawiris, Johann Rupert, Issad Rebrab, Naguib Sawiris as one of the richest men in Africa 2022.

How Much is Yasseen Mansour Worth ($1.5 Billion Egypt)

Oh Yasseen Mansour would be the 4th billionaire from Egypt on this list.

and it looks South Africa, Egypt and Nigeria lead the way in this regard.

but hey you may be wondering who is Yasseen right?

Well, in a nutshell, he is one of the 3 Yasseen brothers from Egypt.

So what is his real name?

Yasseen is an Egyptian billionaire and businessman.

He owns part of the popular Mansour Group in Egypt.

Palm Hills is one of the largest real estate businesses in Egypt.

The one thing that really got to me as I read each of their stories is how these 3 brothers have been together through everything.

Yes, the fight, quarrel may be unable to be avoided but through all of that, they remember that it’s FAMILY ABOVE ALL…

and for they have my honest respect…

So how does Yasseen make his money?

and also from the family company which is the Mansour group.

both these companies have helped increase his net worth to where it is today.

So how much is he worth to have earned him a spot on this list.

Ready for your answer?

What is the net worth of Yasseen Mansour? He is currently worth more than a billion dollars in 2022. according to Forbes he is worth 1.5 billion US dollars ($1.5 billion) only just behind Aliko Dangote, Michael Adenuga, Oppenheimer, Nassef Sawiris, Johann Rupert, Issad Rebrab, Naguib Sawiris as one of the richest men in Africa.

How Much is Youssef Mansour Worth ($1.2 Billion Egypt)

Youssef Mansour is the 18th richest billionaire in Africa 2022.

and sits just behind his brother as one of the richest men in Egypt.

but who is he right?

Youssef has 4 brothers and 2 of them much like himself are billionaires.

Youssef is an Egyptian businessman and billionaire and part-owner of the Mansour Group just like his other two brothers.

He was born in the year 1945 and his source of wealth stems from being part owner of the Mansour Group.

Mansour Group is a conglomerate that is part of his father’s legacy.

Mansour gained a degree from Auburn University and a bachelor of science in engineering through North Caroline State University.

So how much is he worth?

What is the net worth of Youssef Mansour? He is currently worth more than a billion dollars in 2020. according to Forbes, he is worth 1.2 billion US dollars ($1.2 billion) only just behind Aliko Dangote, Michael Adenuga, Oppenheimer, Nassef Sawiris, Johann Rupert, Issad Rebrab, Naguib Sawiris as one of the richest men in Africa.

How Much is Folorunsho Alakija Worth ($1.1 Billion Nigeria)

Folorunsho Alakija is the 4th Nigerian billionaire who made this African richest men list 2022.

and in the list of richest men in Nigeria and their net worth she takes the number 4th position. 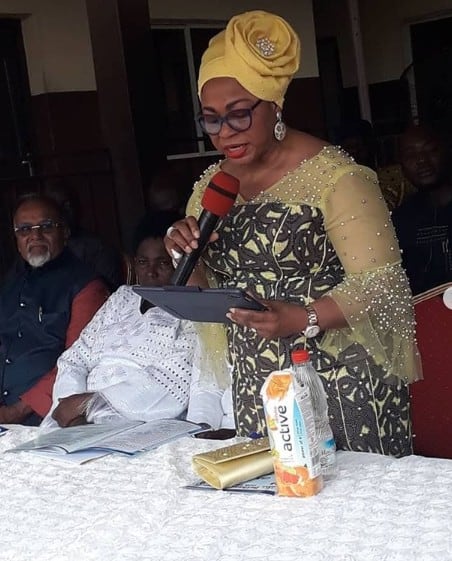 but who is this woman?

What is her real name?

How did she make or create her wealth?

Well let’s look into that now shall we?

Nigeria has been famous for its oil export activities.

but did every billionaire who made the richest people in Africa 2020 from Nigeria all involved in the oil business?

That will not hold true considering the likes of Dangote made his mark via his cement industry.

Folorunsho’s real name is Folorunsho Alakija and she was born in 1951 precisely on the 15th of July.

She is currently the richest woman in Nigeria according to Forbes.

Folorunsho Alakija is a Nigerian female billionaire and the 4th of the top 10 richest persons in Nigeria.

She is the managing director of the Rose of Sharon Group.

Alakija is also the vice-chairman of Famfa Oil Limited.

So how does she make her money?

Well, Folorunsho Alakija made her money by diving into different business sectors in Nigeria.

but a larger part of her money comes from her Rose of Sharon Group.

If I answered that correctly then it’s time to know how much she is worth right?

What is the net worth of Folorunsho Alakija? He is currently worth more than a billion dollars in 2020. according to Forbes, he is worth 1.1 billion US dollars ($1.1 billion) only just behind Aliko Dangote, Michael Adenuga, Oppenheimer, Nassef Sawiris, Johann Rupert, Issad Rebrab, Naguib Sawiris as one of the richest men in Africa.

Yeah before you say anything, I know this is one hell of a list right?

I was also trying to put this together but hey I love how I did come through for you.

Although this list is not yet complete, I am doing more research to make sure it is up to date.

Meanwhile, if there is anyone that you think should be on this list but you couldn’t find them here then please leave a comment with your thoughts.

Thanks for reading and happy quarantine to you…

Prev3 of 3Next
Summary

Article Name
Top 50 Richest Men in Africa 2020 (Insane $223,591,740,032)
Description
Who are the top 50 richest men in Africa? the truth is Mike Adenuga made this list of wealthiest African men but let's find out the others, shall we?
Author
Mone Nuel
Publisher Name
Shoutmeceleb Entertainment
Publisher Logo