Making a name for yourself in an industry that’s full of talented young stars can be very challenging right?

Well, that is exactly true but the irony is life is about pushing the limits and not pushing papers.

I remember these were the exact words said by my father who happened to be a strong believer. of doing your best for the universe will help you in the end.

Having said all of these let’s look at some of the richest musicians in Nigeria.

Some of the net worths on this list are under review but be rest assured once it’s been confirmed, we do update this post.

Lil Kesh is a Nigerian musician singer and songwriter of the genre Afrobeat. He was born on the 14th of March 1995.

Keshinro Ololade was signed to YBNL on his debut in the music industry. but had brief stints and found his popular single shoki.

Shoki became a hit song garnering multiple streams on different channels. before it was remixed.

The remix of Shoki also did better than its predecessor.

Although Lil Kesh has since taken his own path and formed his own record label Yagi and he is making some really good money.

Lil Kesh’s latest song is all the way, a song he released after a very long hiatus.

Net Worth: Under review

The Mavin superstar was born on the 29th of February 1996 which is a leap year of course.

Koredo Bello is one of the old Mavin Crew left after Tiwa Savage and Reekado Banks exited the label this year.

In 2014 Koredo Bello was among the singers of Mavin Dorobucci, a single track that featured. all-stars of the label including Korede Bello.

Just in case you haven’t listened to the latest version of Mavin all is in order, then you should, it’s a monstrous track.

The song features Koredo Bello and other Mavin new superstars which have also earned me quite a lot of money too.

Ayoleyi Hanniel Solomon is a Nigerian singer and songwriter who started his career at  Mavin Records.

Spicy was signed to Mavin Records in 2014 and has since released some good albums and singles.

In 2018, Reekado Banks bid Mavin Records farewell to follow his own path.

Reekado Bank, who before signing to Mavin Records was known as spicy, has released a new song in 2019 titled Rora which is currently making waves on YouTube.

Banks have been known for several hit songs like Katapot and Easy(Jeje).

Kosoko Adekunle is a Nigerian musician, songwriter, and singer who was born on January 28th, 1987.

Sade brought Adekunle Gold the fame he is known for today.

and in 2019 the 32 years walked his girlfriend down the Isle where they both tied the knot as husband and wife.

Adekunle Kosoko is one of the few Nigerians that’s been known for releasing songs that are lyrically fantastic.

Imagine during my research prior to updating this article when I found out that Sean made this list.

Morihanfen Oluwaseun Oluwabamidele is a Nigerian singer, songwriter, and actor.

Sean Tizzle was born December 15th, 1989 to a Ghanaian mother and a Nigerian father.

After being born in Ghana, in his soon to be 30 years old, he relocated to his roots which is Nigeria.

Mr. Eazi has had a fine career ever since he debuted in the music industry of Nigeria. releasing several hit songs and adding a couple of awards to his name.

His several hit songs in 2018 saw him as one of the only Nigerians picked to headline the 2019 Coachella.

Another noble recognition was being handpicked by Beyonce to be part of her Lion King-inspired album.

Mr. Eazi today has won several awards in Nigeria though yet to break into the international market such as the UK and USA.

I guess this list won’t be half complete if there isn’t the name Burnaboy considering his mega success.

Burna Boy is a Nigerian singer, songwriter of genre Afro-beat, Afro-fusion who draws inspiration from the likes of Fela and Bob Marley.

Burna Boy has been tremendous since his debut in the Naija music industry. with self-titled Giant Africa.

The net worth of Burna Boy has also seen a fair rise since being one of the only two Nigerians to Headline Coachella 2019.

Burna has been the subject of news all year long and his recent album broke a record in the UK.

Dakolo is a Nigerian musician, songwriter, and singer who was born in the year 1981.

Dakolo gained prominence in the Naija music market after emerging as a winner of the 2007 West African Idol.

You could say fortune smile on Timi Dakolo because after winning the much-coveted prize. he landed a deal with Sony BMG.

Though he has been quiet in the music industry after his marriage to Busola Dakolo.

Simi worth Net Worth

Simi is a Nigerian musician, songwriter, singer of the afro-pop genre who was born in the year 1988.

Simi’s early career began as a gospel singer in 2007 before switching to pop in 2004 when released Tiff.

Tiff quickly garnered lots of positive reviews from music lovers around the continent.

Her growth saw her release Joromi another hit song in 2017 with which she picked several awards at the headies award for 2018.

In 2019 Simi and her husband Adekunke Gold walked the Aisle as both tied the knot to become husband and wife.

Simi has simply been a massive success since 2014 and is also worth a shot at being listed in Shoutmeceleb’s list of richest musicians in Nigeria.

I wrote this article a couple of days back and I think you definitely want to check it out. and before you ask it literally compares Simi’s net worth to Yemi Alade’s net worth.

Hopefully, I did not take all your time writing about the top 20 richest musician in Nigeria and net worth

This list of the top richest musician in Nigeria is now ended but here is a nice short conclusion for you.

So there you have it my friend, detailed information on some of the wealthiest musicians in Nigeria right now.

Also, you must check regularly for my updates because I will make sure I update it to even the top 100 richest musicians in Nigeria 2022.

Anyways when next someone asks you who are the 50 richest musicians in Nigeria, please be sure to do a Google search and give them the answer or better still refer them to this article.

I love Google because it has lots of information. and as a matter of fact, it’s one of the most wildly used search engines.

Who do you think should be on this list of richest musicians in Nigeria 2022?

Prev4 of 4Next
Summary 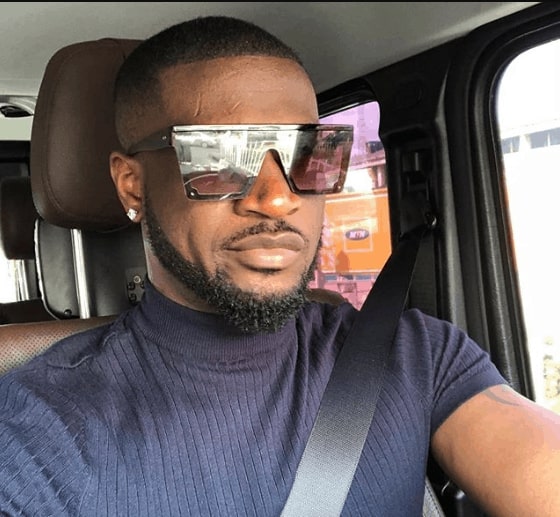 Article Name
Controversial List: Top 50 Richest musician in Nigeria
Description
Who amongst this Naija music celebrities made the list of Top 50 Richest musician in Nigeria? Davido made the list but let's find out the rest. today I will show you a top 30 list, a top 20 and, of course, a top 10 list.
Author
Mone Nuel
Publisher Name
Shoutmeceleb Entertainment
Publisher Logo