V unbeatable Final AGT performance audition is nothing short of thrilling, amazing and breathe taking. you aren’t a dance group but a GAME. 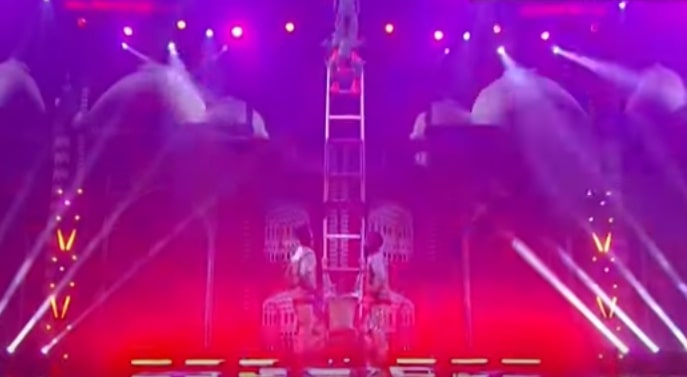 Mighty mighty choice of words coming from one of AGT season 14 judges Julianne Hough. and one that strikes the point spot on.

So today what you will get from this blog post is a brief story of how V unbeatable final performance. was born of the dream of a dead child.

Trackback for a minute where all the love and dream started for these AGT season 14 finalist V unbeatable.

It all started in Mumbai India and here is a short clip of their V unbeatable AGT first audition.

The entire season of V unbeatable America got talent audition has been sleek and super fun-filled.

So just enjoy the video in this Shoutmeceleb TV category.

Somewhere in India, there is this amazing dance group called the V unbeatable. well, I know they are more than just a dance group honestly.

The dream to be at AGT season 14 started with a kid and he died during rehearsal section.

The V in the name stands for Vikas, after a crew member Vikas Gupta who died performing stunts during a performance. They competed on the Indian dance competition Dance Plus in 2018 where they finished in 4th place. Prior to this, they had taken part in a reality show called India Banega Manch.

Here is how V unbeatable lead act put it:

During a rehearsal section we had in Mumbai India, an incidence happened. and he became paralyzed.

A couple of days after he was rushed to the hospital, he died.

His dream was to be here at AGT and when he passed on, that left a void that could not be filled.

As such, we needed to do something to honor his name hence we are here at AGT doing all this for him.

Just so you know V unbeatable semi-final AGT performance was spot on.

Here is a video of V unbeatable semi final performance.

relax I will bring you the video of the finals shortly but be ready to get your mind blown away.

because I really think the way the crowd cheers when they are up there. just goes to say it all.

I mean V unbeatable audition hasn’t been anything short of specular if you ask me.

It is hard to give that golden buzzer especially after that throw offstage to onstage. It was crazy and it got Gabrielle Union screaming out loud.

That is how crazy these guys make you feel and in the end that standing ovation was very deserving.

Season 14 of AGT has been mind-blowing honestly because everyone that’s in the finals. actually deserve the spot they have got and possibly worked their asses out.

Yes, America is gonna be having a tight choice but for once I feel really proud of these guys.

Nothing can be as hard as starting something and then finishing it. I mean the joy it brings is next to none.

Especially for the V unbeatable group, it’s going to be a proud moment for every Indian out there.

But not just that I mean these guys got this far because honestly, they are good like very good.

As I was watching V unbeatable final AGT season 14 performance I was like these guys. are the master of their craft.

If you have time enough to watch this 4 minutes clip below, then you would probably get what I am trying to say.

Everyone in the group syncs so well, from the dancing to the acts and to the flying in the air.

I mean the risk is something else but that’s the thriller needed to get to AGT season 14 finals.

I hope you enjoy it now!

So far AGT season 14 has been thrilling and every act this year. brought in their A-game which is vehemently going to give America a tough choice.

The story of the V unbeatable group could make for an inspiring movie but so is Tyler Figueroa. a cancer patient who is currently in remission.

If you have ever thought of a kid with a heart of gold and is kind. then Tyler should cross your mind.

He literally got Beyonce Knowles to agree to him performing his song. that’s like a dream come through for Tyler Figueroa.

and there is also Kodi Lee, I mean his audition was sleek, one that’s notably a Finale audition.

America is got a big choice to make but most importantly, I hope whoever wins this is deserving of it.

Who do you think will win America got talent season 14?

Do me a favor now, please!