Don Jazzy: Why are Nigerians suffering 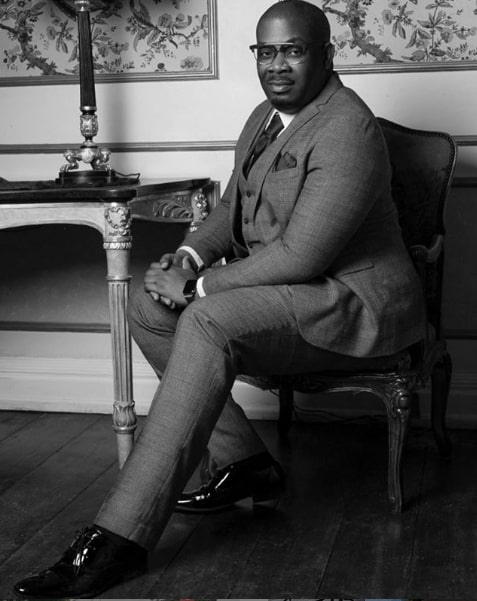 Why are Nigerians suffering in her own country has become the cry of popular celebrities like Don Jazzy. but let’s face the reality why things are the way it is.

Don Jazzy has been very outspoken when it comes to the economic situation in the country being in shambles.

and today it’s funny how Nigerians are suffering in her own country and the government doesn’t care.

Why musicians in recent times have been constantly accused of not lending their voice in such a situation.

Don Jazzy might go down in history as the one celebrity besides Fela Kuti who has the balls to speak up.

and some Twitter users are asking the musician and producer to lend his voice on the fight against corruption. that has rocked our beloved nation for a very very long time now. 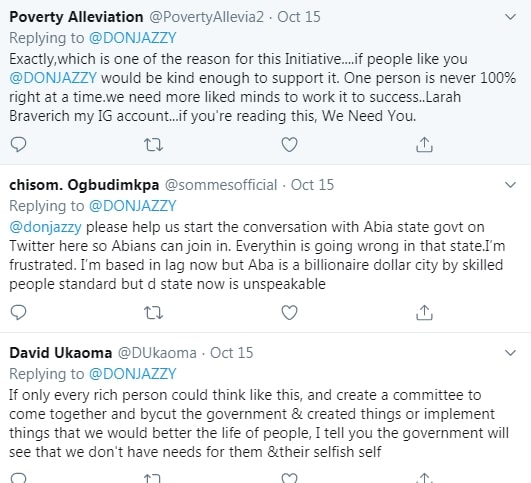 Nigeria citizens are the ones paying the price for such egocentric leaders who have no vision for the country.

What’s up guys I am Mone Nuel the founder of Shoutmeceleb Entertainment. a media company focused on keeping you entertained with music, videos, celebrity net worth and more.

Today you and I will be discussing some of the issues rocking Nigeria and why the voice of celebs can help.

When I read Don Jazzy Twitter tweet it reminded of me of the Journey of Fela Anikulapo Kuti.

Though such a journey obviously led to an abrupt end which wasn’t totally. surprising considering how people can’t stand simple truth.

Nigeria as a country is a blessed nation but her citizens are infants without the proper knowledge and voice to heal her suffering.

While it seems the government will continue to take the blame for how the country has been perceived. in the world today, many of her problems could be because her citizen let it happen.

I keep citing an example with untied states of America, how despite the political system being. one of the strongest ever seen, citizens have the right to speak.

The last time I have ever witness Nigerians come out to protest about reform or law. that was not supportive of the citizen was the Aba Women Riot.

Correct me if I am wrong has there ever been others that history can record was meaningful and not. politically driven to just get a few bucks and let it slide when there’s some form of bribing.

You and I complain every day about how the country has been in disarray. but have we ever thought about what we can do?

I was privileged to interview 7 Nigerian youth who are all in the higher Institutions. and what I found was shocking, to say the least.

I won’t go into that in this post but I will be sure to do a new blog post about that in the coming days.

With the kind of frustration, I have seen within youths of this generation and suicidal attempts. it’s obvious that this correlates largely with social media.

it becomes very obvious with the lots that spend their life looking at people on social media.

Why it’s been said spending too much time on platforms such as Facebook could be detrimental. the real effects take the form of depression.

So my very first thought on why are Nigerians suffering would be social media. You probably think right about now that I am crazy right?

Well, it’s because you probably didn’t get the message in Rudeboy audio money song. the song basically cites social media as fake life.

Don’t get me wrong there are people who really have wealth and flaunt it. but when I look at the likes of Bill Gates, Mark Zuckerberg, Warren Buffet. these guys are super rich and they don’t even flaunt it.

but everywhere you turn today, you see kids flaunting cars and a fake life on social media.

This is the other of the day and as human what we see is hard to forget and a lifestyle that’s repeated. on social media becomes the truth when in actuality it’s a fake life.

My advice is to stop looking at the lives of people on social media because you will get yourself killed.

all it takes is for that thought in your head to start feeling dissatisfied with your current self. then it begins to compare your life with that you see on social media.

The chances are if you ain’t strong enough to resist that voice in your head then you are going down.

Write these down somewhere so you can remember it.

The voice in my head will always try to stop me which is what it was program to do but if I let it then I am doomed.

Did you say that out loud? the key to beating that voice is downing a positive thought always.

If you keep thoughts that are supportive of your growth, chances are it will help you in the long run.

but in all honesty, you really need to stop believing every damn lifestyle on social media. it’s one of the reasons why Nigerians are suffering today.

Why are Nigerians suffering is perhaps the best question to ask yourself because. the truth becomes glaring and very open for you to see.

This leads me to my second reason why the suffering of Nigeria isn’t just governmental.

During my interview, I found out that all these years you and I have been lied to for thousands of years.

The biggest lie our parents told us was going to school and you will become rich. here is a quick question for you.

If such bogus claim where true then why did you spend all those money on that certificate and you are still broke?

I won’t dive into that because I believe the link above would give you a better understanding.

but know passive income despite the fancy words used is simply a form of making money without actively putting an effort.

One of the reasons the citizens of our country are suffering is because we were lied to. as such our mind became conditioned to believe going to school is the answer.

Truth be told those were just lies, I have lots of friends who are master’s degree owners but they are broke.

It’s because schools don’t teach you about how to make money. what they do is make you feel like they are teaching stuff but it actually is garbage upon garbage.

If you don’t get your mind off that mentality that if you go to school, you will be rich then you are destined to. stay broke forever and you will only have yourself to blame.

Finally, my 3rd reason to answer the question of why are Nigerians suffering would be Government.

If you take a look at this article you would realize that my third reason came as the government.

The government wasn’t the first reason or the second reason and you know why?

It is because you and I are part of the puzzles and if you go on a self-discovery journey. then you will see that it’s been past programming all along.

The government has largely failed in providing a stable environment for her citizen. due to a lack of insight, proper education, and poor choices and decision.

This will be discussed further when I write a new article the government keeps failing us. so you should watch out for it.

Having said that why hope for the country dwindles, mine has always been strong.

I believe a time would come when Nigeria would be better when people would look back and smile.

Reminiscing the good old days would become a story of how you and I transition into this better Nigeria.

The good question becomes how can Naija celebrities help the situation of the country?

The answer is simple yet not simple. hear me for a moment, Fela Anikulapo Kuti’s voice was heard. through music and he was just one man.

Today there are 100s of musicians in the country who can stand to voice the pain and suffering of the people. like Don Jazzy has been doing in recent times.

Together that voice could echo in history if celebs stop being self-centered and use their. voice for teaching what is actually happening in real life.

Don’t get me wrong music is good and honestly, I love music but all I see being put out today. is garbage music like Rudeboy said in his recent interview.

Nigeria is a blessed nation that can be taken from this situation that engulfs her. only if leaders, celebrities, you and I can sound one voice.

This voice will echo through time and like the Aba women riot of 1929, it will be remembered how we got better.

Our future generations should be able to look back and see that you and I came through for them.

Ever Imagined what it would have been like living in old times? what if I can give you a glimpse…

Ronaldo and Messi are undoubtedly the greatest player of all time having shared 5 ballon D'or a piece. withness how…