Wizkid Grammy award nomination may be en route to playing out as one of the first African musicians to ever land a Grammy award. but then you probably would question how true this is so let’s dive into that now, please. 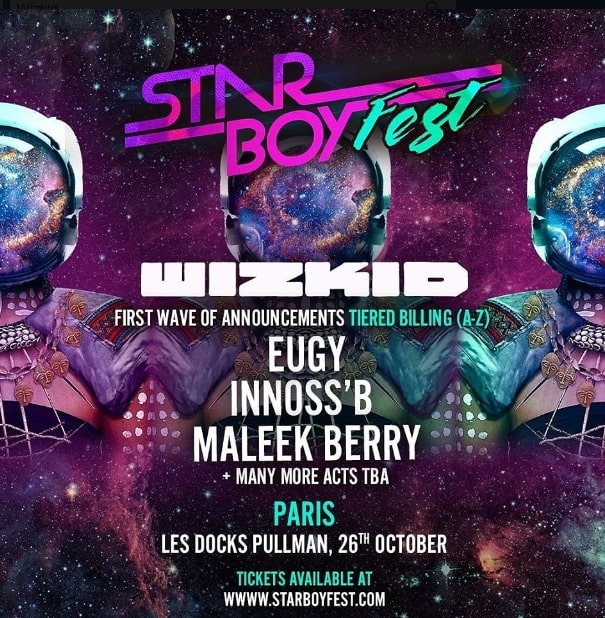 I could still remember when Wizkid Holla at your boy short above the roof to become one. of Nigeria most sort after and most talented musician of all time.

Thanks to Banky W for discovering him at such an early age and help nurture his talent. to brighten his stars for the rest of the world to see.

From Wizkid Ayo album to Sounds from the other side, you could say the 1990 born. has done a lot to deserve a lot of accolades and award over the past decade.

Today when you mention Wizkid, every African country and a few parts of the world knows that name.

But it took a lot of work and time to build this career into what it is today. and Starboy pushing the narrative Africa to the world shows the singer’s love for the continent.

Brown skin girl made waves for the Nigerian singer. no doubt one that’s deserving of every accolades it’s gotten so far.

When it’s music in Naija, we have just one person competing with Wizkid for the big stages.

Looking at Wizkid net worth stirs a corresponding look at Davido net worth. it most certainly is a fact that these two are the biggest stars in the country.

If there is anything I love about Beyonce Lion King album, it would be that brown skin girl and Keys to the kingdom stood out.

Don’t get me wrong but this might be just my opinion but really I do not think it has anything to do with being African.

When Lion king album was released I could remember East Africans crying because of their exclusion. but I would call it a choice that deliberated to feature the best acts from the continent.

These, however, do not say little about the East Africans, because I think if anything Africa is one.

Wizkid most recent song is Ghetto Love a song that really did not look anything like his prowess on Brown skin girl.

This isn’t being biased but if you played Wizkid Ft Beyonce brown skin girl as I did then you know the 29 years brought on his A-game. One which was lacking in his most recent song of 2019.

If this is the first-ever Wizkid Grammy award, I am positive this would do better in increasing his net worth.

Fever mp3 literally broke YouTube record for the video with the most views in 24 hours.

This is before Davido blow my mind featuring Chris Brown took to a whole new level.

According to Legit.ng, Beyonce submitted the lion king inspired album for the categories of a best pop duo.

And if everything goes as planned, Nigerian singer and brand ambassador to storm management. could be the first Nigerian to add a Grammy award to his collection.

This is because Wizkid is named a Co-Lead singer on the song brown skin girl.

Also, Tiwa Savage was recently asked about her thoughts on the exclusion of East Africa. from the Beyonce, lion king inspired album.

Here is what she had to say about it:

Afrobeat originated from Nigeria by Fela Anikulapo Kuti and it’s only deserving the country. got more acts featured on the album as opposed to what everyone thinks.

Although other African acts are doing great in Afrobeat at the moment it’s founding father is a Nigerian.

The lion king inspired album according to Tiwa Savage happened at the right time for us.

most especially because I think it’s not easy for anyone to put out such an album.

and the fact that its queen bey Jay the billionaire wife gets to say a lot about it.

especially after there has been speculation that the singer ancestors hail from Africa.

Music in Africa is fast developing and with the likes of Davido and Wizkid doing their best. to reconstruct how Afrobeat is perceived all over the world.

Today such recognition has been made possible with Wizkid being the pacesetter after. his collaboration with Drake gave him an international audience.

Davido international audience came about in 2019 after the feature with Chris Brown. which was a massive success off his soon to drop Good Times album in October.

Brown skin girl was definitely a hit song off the lion king album and Wizkid receiving a Grammy award. would put him on a pedestal which differentiates him from other artists in the country.

and yes Wizkid Grammy would make him the first Nigerian with Grammy award. but this would be on the hope that this goes well.

Do you believe that Wizkid could win a Grammy award?

Do me a Favour, please!

Thanks for reading and I love you always!

Here is More To Read On

Article Name
Wizkid Grammy Award: Beyonce Submit New Song
Description
Wizkid Grammy award nomination may be en route to playing out as one of the first African musicians to ever land a Grammy award. but then you probably would question how true this is so let's dive into that now, please.
Author
Mone Nuel
Publisher Name
Shoutmeceleb Entertainment
Publisher Logo

Flavour and Phyno Net Worth 2021: Who Is The Richest