Wizkid UBA endorsement deal is one that isn’t surprising to me, he is deserving of it. In this post, you will find out about other Starboy endorsements. 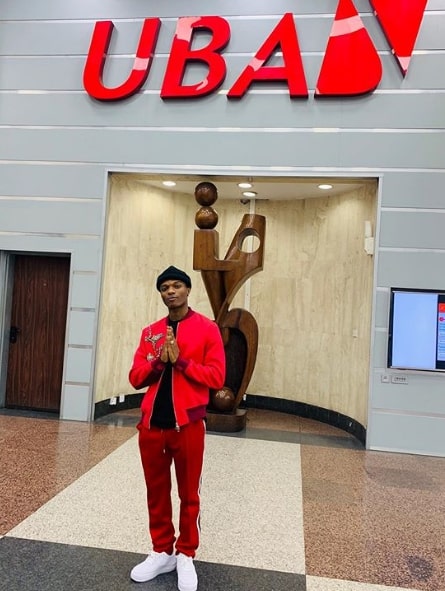 UBA is Nigeria bank that is operational in more than 17 African countries.

Here is a link to the history of UBA which has been operational in the country since 1949.

While his comparison with Davido with regards to net worth has constantly been a topic.

One that fans are always looking to throw in their energy to make one undo the other.

But I think it’s okay to compare considering this two is one of Africa’s richest musician.

Wizkid and Davido feature at number 4 and 5 respectively in the list of Africa Richest singers.

A couple of days back Beyonce Lion King inspired album was released and on it featured some talents from Africa.

You should listen to the track I mean I had it on a steady repeat because it was awesome.

Also, the noninclusion of East Africa artist cost an unease in the region.

But I won’t dive into that here since I want to focus this on Wizkid UBA endorsement deal.

Since his debut in the Nigeria music industry back in 2010 with Holla at your boy: Wizkid has been phenomenal with several songs.

Who is Wizkid Ayodeji Ibrahim Balogun

Do you that Wizkid was born to a Muslim father and a Christian mother?

It’s strange because it’s one of the marriages that doesn’t seem to happen quite often.

Probably because of the practice of religious diversity and code of operations and belief.

I wrote about his net worth and biography extensively in this article so check it out.

in 2015 he got his first international presence on the feature of Drake one dance with made history.

In 2018 Wizkid Fever was released and again, the song resonated with fans.

Although there was this strong debate between fans as to whether if Wizkid and Tiwa were dating.

One to which Tiwa a claim may have hinted and answer the question during an interview.

Although Tiwa Savage hinted at no romantic coziness between her and the star.

But that is a discussion for another day because I won’t be surprised if eyebrows are raised as usual.

Being the number one best in Nigeria and even the world can mean endless opportunities.

One such opportunity is getting recognized by several big brands like Coca-cola.

That’s just an example above after all coke is one of the biggest brands in the world.

Okay having said that, other than Wizkid UBA endorsement deal here are some the singer has landed previously.

Wizkid new brand ambassadorship deal with UBA could see him rank higher in the list of the richest musician in Africa.

But I will keep my eye out for it and make sure to update that post if that is the case.

As long as music is concerned in Naija Davido and Wizkid will be the front showmen.

and this has constantly lead to comparison on who is the best between the two.

While their individual achievement has been amazing, it still remains a debate.

Who is the best between Wizkid and Davido?

Here is What others are reading: