Rema has been a phenomenal artist since his debut a couple of years back and is very deserving of the title of the hottest young artist in the industry.

The Nigerian music industry has bred lots of beautiful talents with the likes of Don Jazzy having played a huge role in it happening.

Don Baba J is an example of a man with a vision for the upcoming generation and this has shown through how he promotes artists.

but saying artists would just be limiting his influence to music alone, right?

Well, that’s very correct because his influence and social media following has been a tool used to propel afrobeats, content creators to an even greater.

So a big shout out to Don Jazzy who is one of the richest musicians in Nigeria today as well as the whole of Africa.

Rema recently performed in Miami when Mr Eazi brought him on stage during the Mr Eazi and Friends performance in Miami.

Heck, Mr. Eazi took to Twitter to applaud the Bounce crooner for holding it down all through the performance.

I mean, you have got to love Rema and the energy he brings on stage, he is like an athlete on steroids which is insane.

For a young talent to be this confident when performing is crazy and he makes it seems so effortless.

So what did Rema tell his fans on Twitter?

Well, in the Nigerian music industry, beef has been the go-to manual for getting the eyeballs on social media today.

Burna Boy used it, Davido used it and what all this had in common is that fans are the ones that fan the flame.

but how did I discover that fans are usually the problem?

Well, on the Shoutmeceleb Entertainment Twitter handle, we decided to poll our fans on who is the cause of the Davido and Wizkid rivalry? 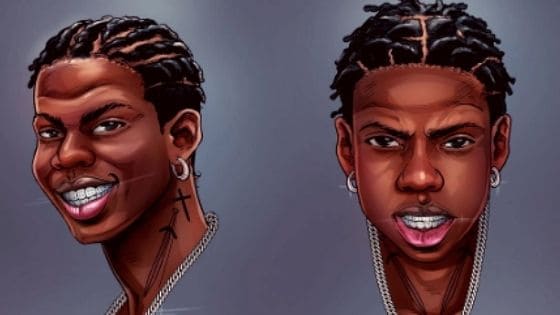 We left the poll to run for a week to gather as much data as we could and once it ended the result was shocking.

Since I don’t want to stray too much from the theme of this post, here is an article I wrote about it, you will find what our poll revealed there.

Since beef makes artists big, Rema does not want any of the toxicity that comes with beefing his fellow brothers or OGs in the music space.

Ravers, I’ll love to address something real quick, pls guys NEVER start an agenda that has to do with bringing my brothers or the OGs down. You are allowed to have my back in any ploy curated to put dirt on my name and hard work but NEVER start an agenda, it’s disrespectful.

It doesn’t didn’t take much time for fans to gather around the tweet to express their take on it.

And here are some reactions by fans and foes alike.

Awelewa Of Canada Said: This is what wizkid is supposed to do to caution his FC especially on the disrespect on Baba Fela.

Zimm Zimma Said: Exactly. A lot of ravers are so fond of that on Twitter. Any small thing they insult Burna, Wizkid, and others just to hype Rema. I mean you can support @heisreema without bringing any artist down. I knew @heisreema wouldn’t like that.

Clinton Said: Make una nor start gbege on top my name come they disrespect my brothers or those egbon them wen done dey for the game tey tey, but if any body wan rob poto poto for my name and achievement, make una carry the matter for head like person when they sell gala.

Despite being a young lad that has found fame, Rema’s sense of maturity is one beyond his years and I believe this will help him go far.

Too many times I see pride take center stage once an artist hit stardom but not this young lad.

This is something that the OGs in the industry could emulate to address fans social media warfare because in all senses it’s despicable and toxic at best.

Each fan base can show their support for their superstars without all the negative energy in trying to bring their hard work down.

Hopefully, Rema becomes the example that love can take us all far together than hate.

It helps me reach a lot of people and increase this site’s popularity, thank you for your help.

Finally, do you support Rema’s views?

Also, follow us on Instagram Here to stay up to date with every one of our latest posts.

I love you guys…