It’s another latest entertainment news in Nigeria episode 11 and today Davido, Burnaboy, and Poco Lee all made the headlines.

Now before you and I get into all the details, here are the highlights that will be the talking point for Shoutmeceleb LENN Podcast episode 11.

Having said that, come let’s dive into SMCE LENN EP 11, shall we?

You and I complain that bad government is the problem of this beautiful country.

but what happens when the same individuals complaining about bad government become the ones ripping off fellow upcoming musicians? 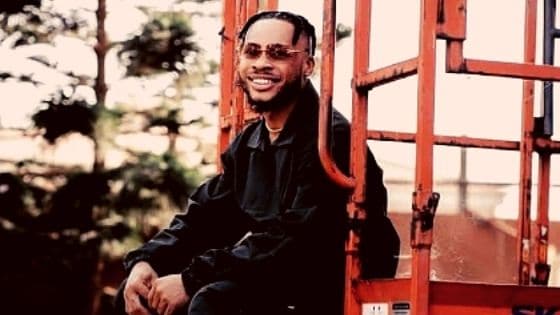 Well, let’s get into all the details of Poco Lee ripping off the Zazu Zeh singer and still got him to apologize.

Poco Lee introduced Portable to Olamide which shot the singer to the spotlight within weeks.

Recommended For You: Davido Escapes Stage Smackdown As Wizkid Gets Wrestled Down In Abuja 2021

Olamide was pivotal in Portable’s story to spotlight for which fans commended Baddo for easily rendering help to upcoming.

but who knew Poco Lee was going to rip all the benefit of an artist who Olamide just put on the spotlight?

After the release of Zazu Zeh which began trending online Portable was invited to perform on a show with Wizzy and Wizkid sprayed the singer $3000.

Poco Lee picked the money while the singer was performing and at the end of the show, it turns out that Portable was only given $600. 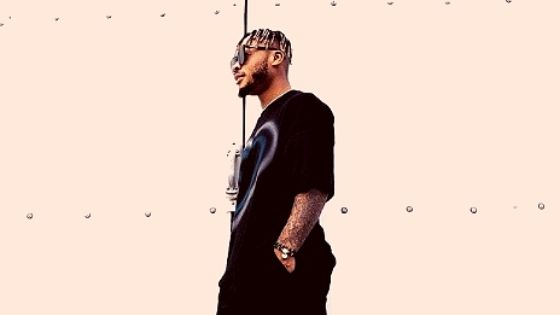 This did not sit well with the upcoming musician and as such decided to air his opinion on the issue on Instagram.

Nigerians became really upset and called out Poco Lee while others supported the dancer.

However, the shocking news was that Poco Lee had also gone behind the singer to register the song on Apple Music and Spotify as the original owner of the song.

Portable came out to claim that the song was his but by then he had already lost his song to Poco Lee.

This means that Poco Lee did not only pocket Portable’s money that he was sprayed but also allegedly stole what belong to the upcoming artist which in this case is the copyright owner of Zazu Zeh.

What a shameful thing to do by someone as famous as Poco Lee, right?

I actually had to unfollow him after ripping off an upcoming artist not that my unfollow means anything.

Recommended For You: Burna Boy & Wizkid Team Up As Simi Takes on Federal Court

While still on the latest entertainment news in Nigeria episode 11 come let’s quickly get into the Burna Boy and Stefflon Don alleged breakup rumors.

Prior to this rumor, I wrote about how Burna Boy and Wizkid teamed up to shade Davido, you definitely need to check out that post. 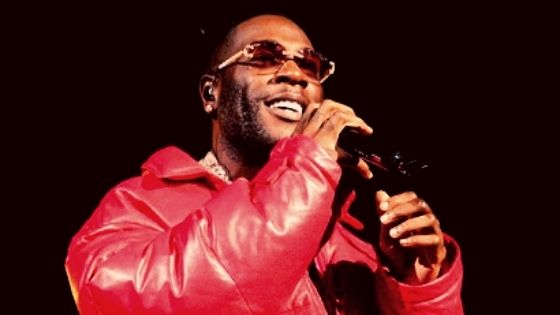 The singer featured Wizkid on his latest song Ballon D’or which currently sits at number one on Apple Music.

Since debuting in the Nigerian music industry, Burna Boy has made quite the wealth for himself, right?

So is that why Stefflon Don said fame messes up some people and shows how fake they really are?

Well, there have been rumors that the Afrofusion superstar has ended his long-term relationship with the British rapper and singer for months now. 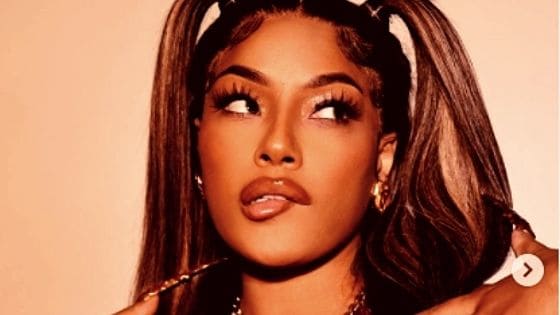 but it was just what it was then which is rumors until the cryptic message Burna Boy posted on his Instagram story.

Here is a screenshot of what Burna Boy posted. 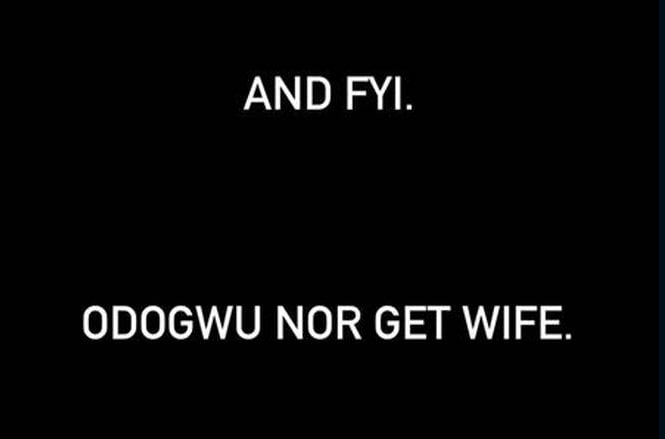 According to fans’ interpretation, the message means that Damini Ogulu does not know the British rapper and singer.

Stefflon Don on the other hand also took to Instagram to post this cryptic message seen on the screenshot below. 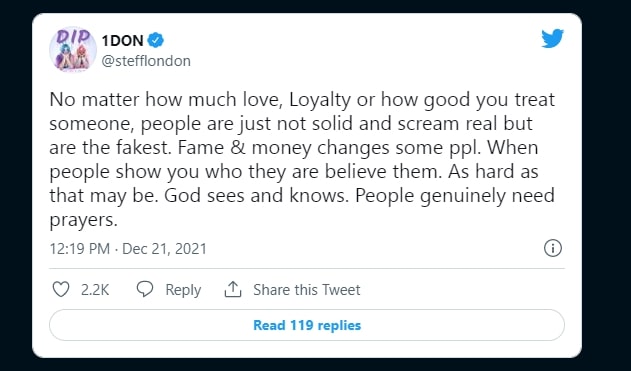 Fans were also quick to interpret the message as a shot to Burna Boy who she called fake and not real.

Quickly let’s transition to Davido’s newly bought mansion in Banana Island, shall we?

Banana Island is one of the places in Lagos for the super-wealthy and Davido owns a house in this luxurious estate/neighborhood.

David Adeleke Adedeji has had a pretty tremendous year. 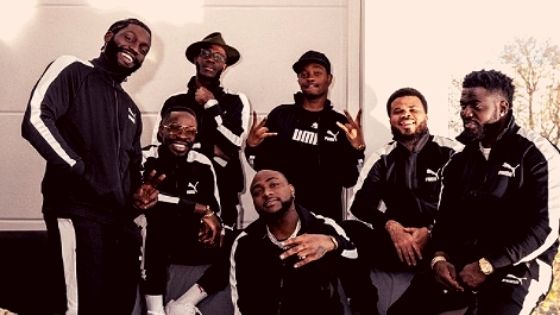 If you have time, you should certainly read that article because it will make for an interesting read.

Having said that, Davido during his podcast episode with Tea With Tay, announced that he would be moving to a new house.

The news came after the singer had reportedly bought two cars Lamborghini Aventador and Rolls Royce Cullinan for the total sum of $600,000.

On the podcast, Davido also shared plans for his upcoming album in 2022 and his performance at the 02 Arena.

OBO is one of the richest musicians in Africa and the top richest artist in the Nigerian music industry. 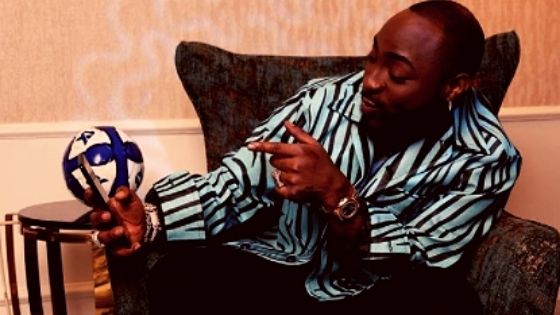 So it’s no surprise to see that the singer could afford a new home in Banana Island.

When I wrote about Davido’s net worth, Imagine my surprise knowing that he is worth over 8 billion Naira.

Naira Marley recently released the hit song Kojosese alongside one of the top trending dances on Instagram.

Once the song dropped, the singer bought himself a new ride which he posted on his Instagram handle as well. 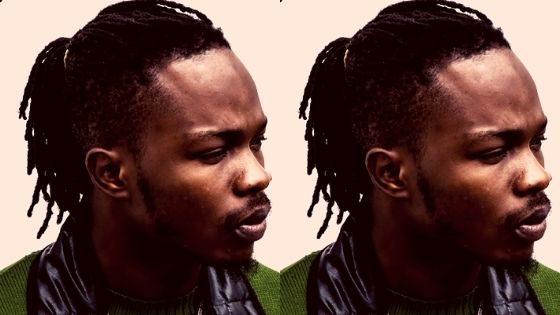 The video started with the singer standing outside his luxurious car before going inside the car to sit down.

Once on his sit, he pressed a button that slide out a mini car drawer holding a wine on the inside which the singer popped open.

As he was drinking, the camera zoomed to Naira Marley Africa map diamond pendant which the singer claims are the most expensive in the industry.

This claim simply means that his chain is more expensive than the Davido 30BG frog pendant which I wrote about here.

Naira Marley has released lots of hit songs which has dramatically increased the singer’s net worth since his debut in the industry.

but could he be the artist with the most expensive pendant in the Nigerian music world considering we have rich stars like Davido, Wizkid, Psquare, Burna Boy, and more?

As more begins to unfold on Naira Marley’s claim, I will be sure to update this article to reflect that.

Having said that, that will be all for the latest entertainment news in Nigeria episode 11…

Do you stand by Poco Lee ripping off a poor upcoming artist?

Was Burna Boy right to break the news of his break up with Stefflon Don the way he did?

Is Naira Marley the musician with the most expensive pendant in Nigeria?