Diamond Platnumz Worth 7 Million US Dollars

One of the songs I love that’s done by Diamond Platnumz is Kidigodo featuring then African richest musician Psquare.

Though the group was disbanded in 2017 with both now performing under the name Mr. P and Rudeboy respectively.

Diamond Platnumz is a Tanzanian singer, songwriter dancer, and performer.

You can definitely say he has been on fire this 2019 featuring Fally Ipupa.

Born in the year 1989, the singer is 30 years old now and one of the first African to hit 2 million subscribers on YouTube.

The song was widely accepted in 2018. and so Diamond is one of the most idolized. and almost the most loved in Easy Africa and Central Africa.

How much is Diamond worth and what is his source of income?

As of 2018, Diamond Platnumz is estimated to have a net worth of 7 Million US dollars.

His source of income includes music and lots of endorsement deals…

Here is a quick takeaway…

Sources of Income: Music and Endorsement

M.I Abaga Worth 3 Million US Dollars

One of the best rappers in Nigeria with several awards and nominations is M.I Abaga. For some reason, I am glad he made the list of Richest musician in Africa.

Jude is a hip-hop artist, record producer, songwriter, and singer.

After the singer failed in the comedic industry. he decided to stick with rapping which was what Calvin College knew him for.

M.I was born in plateau but a native of Taraba State. which is a state in the Northern part of Nigeria. 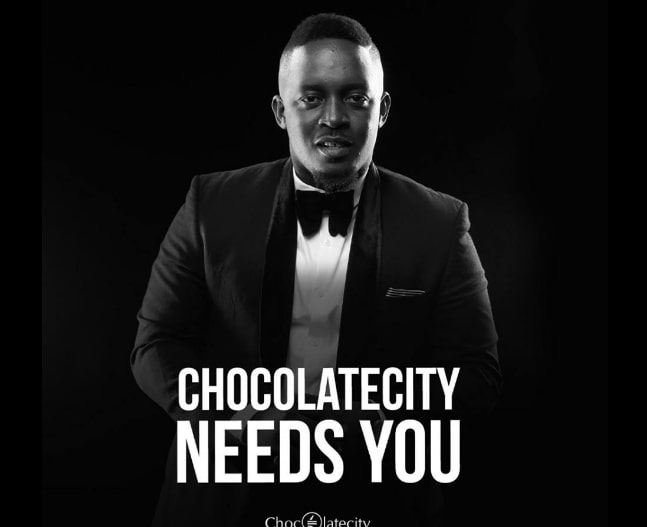 Before coming back to Nigeria, M.I schooled at Calvin College. where he came 3rd place at the school’s Hiphopera contest.

Abaga currently has four studio albums with his debut album Talk About It. being widely accepted in the country.

Talk About It quickly earned a nomination for the BET award 2010.

So how much is M.I worth then?

In 2019 M.I is ranked the 13th richest in the Nigerian music industry.

and he is worth 3 Million US dollars with his source of income coming. from music, endorsement, and his personal record label.

Here is a recap!

Tekno Miles Worth 2.5 million US Dollars

The turning point of Tekno came with Hit Single Holiday. which feature vocals from Davido.

Augustine Miles is a Nigerian musician, songwriter, performer, and dancer.

He was born in Bauchi State but a native of Ebonyi State.

Duro is the song that solidifies him as an upcoming artist. after Dance and Anything which was released under Made Men Music won him. nomination for Best New Act at Nigeria Entertainment Award.

In 2018 the singer had a little problem with his vocal cord. 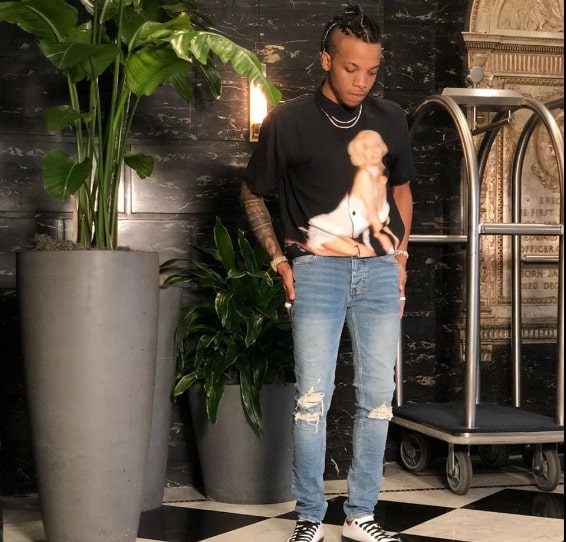 Which saw Him rest and go for treatment for the major part of 2018.

Although 2019 has also been very quiet, the 27 years old. but he feature in Beyonce’s Lion King-inspired album, which excluded East African musicians.

Tekno was born in the year 1992 and is currently estimated. to have a net worth of 2.5 Million US dollars.

His source of income includes music and endorsement deals running into millions of Naira.

If you haven’t listened to Tekno Pana then you should. I swear you will be thrilled by his style and uniqueness.

Take home from this subheading!

Source of Income: Music and Endorsement

Kcee Worth 2 million US Dollars

KCee is a Nigerian singer and songwriter who was known for his songs like Limpopo.

After KCee’s success, he convinced his older brother to sign Warri-born Harrysong.

The two went along for a couple of years before the conflict broke out which saw the latter exit the label. 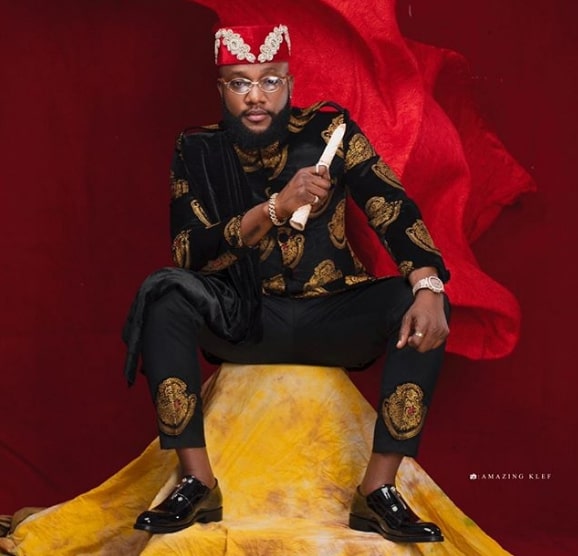 KCee had previously belonged to a hip-hop group with a long-time friend. the name of the group is called KCee Presh.

His real name is Kingsley Chinweike Okonkwo born in the late 70s.

In 2019 KCee made the list of most richest Nigeria musicians.

Taking a comfortable back seat behind Tekno.

He is estimated to have a net worth of 2 million US dollars. and made a major part of his wealth from music.

A quick recap for you:

Source of Income: Music and business

Phyno Worth 1.6 million US Dollars

Chibuzor Nelson Azubuike was born on the 9th of October 1986.

He is a Nigerian rapper, singer, songwriter, and record producer.

If there is any Nigeria adored in the East of Nigeria, that will be Phyno Fino.

He started his music career as a producer in 2003 before. he did join others to sing and write songs.

His current single that’s still making waves on YouTube is Phyno the bag. You should check it out because it’s a cool song.

Also, Phyno debuted his first studio album No Guts No Glory in 2014.

Most noteworthy is the fact that the single won him. award for best collaboration in 2012 NEA with Olamide. 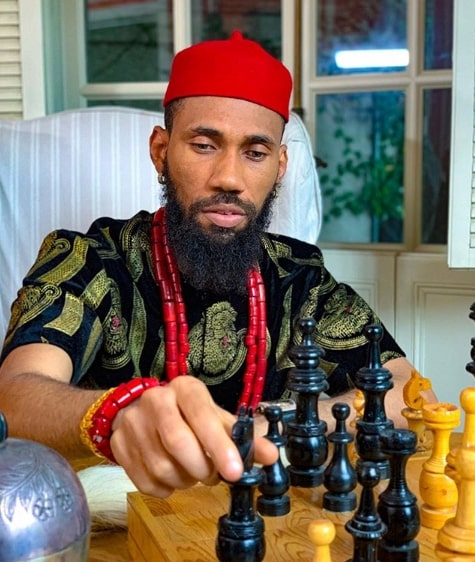 He is known all over the country for rapping in his native tongue Igbo. mixing it up with the Nigeria Pidgin English.

Phyno also got the chance to make the top 50 list of richest musicians in Africa. after making the first 20-man list in Nigeria.

The Igbo singer has a net worth of 1.6 Million US dollars. with his source of income coming from production and music.

To be frank, I was surprised that Phyno made the list of top 50 richest musician in Africa.

Yemi Alade Worth 1.4 million US Dollars

His mother is Abia state leading to the name Eberechi. she is an Afropop singer, songwriter, and dancer.

Often times Yemi has been rated to be on an equal level with Tiwatope Savage. but the singer came to say that she believes everyone is doing good as a musician.

Johnny is the song I that brought Yemi Alade to fame. after winning the Peak Milk competition in 2009.

Her debut album King of Queens received a positive review from music critics.

The Nigeria singer and songwriter has 3 studio albums to her name.

She recently featured Rick Ross in Oh my Gosh remix.

Her estimated net worth is 1.4 Million with a larger chunk of that. coming from music and endorsement deals.

Here is a quick take-home!

Duncan mighty Worth 1.3 Million US Dollars

Duncan Mighty was born in the year 1983 and he is a singer, songwriter. who is versatile in various genres of music.

Also, the singer sings in his native tongue much like Phyno and Olamide.

The producer’s rise to fame came with the release of his debut studio. album Koliwater which is a 22 track album.

The album featured tracks like Ijeoma which was widely received by Nigerians.

The beauty of his work as a producer revolved around his studying audio sound engineering. in a tertiary institution before lending his services to several companies.

Duncan Ahamefuna’s album which was his second had hit songs like Obianuju and Port Harcourt son.

With the release of his second studio album came international recognition.

Duncan Co owns the record Label Airemighty and in 2018. he earned several features from artists like Wzkid on Fake Love and Tiwa Savage Lova Lova. 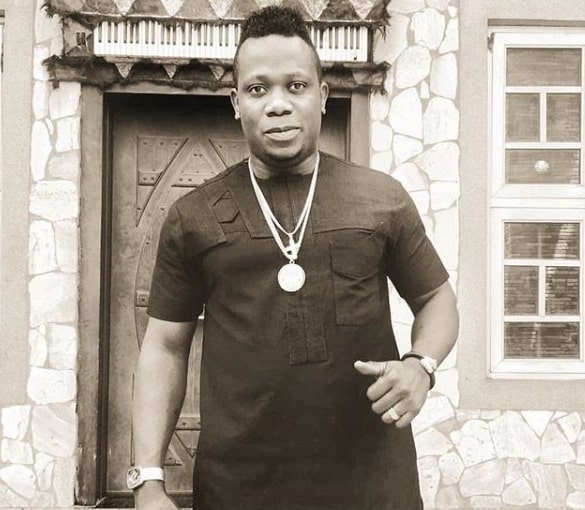 As at when writing this post, Duncan has over two studio albums. and with an estimated net worth of 1.3 Million US dollars. His source of income includes music, business, and his Co-own record label.

Here is a quick takeaway:

Patoranking Worth 1.11 Million US Dollars

Patrick Nnaemeka Okorie was born 27 May 1990. He is a reggae-dancehall singer and songwriter.

Nnaemeka was born in Lagos State but he is a native of the people of Onitsha in Ebonyi State.

Patoranking started music as an underground performer doing collaborations. With the like of Konga before becoming one of Timaya prodigy in Dem mama records.

His spotlight came after signing with Foston music under which he released “Girlie O”.

The song was widely received in the country and put the Ebonyi state born in instant stardom.

One of his most noteworthy career breakthroughs was his appointment as Judge. At 2016 The Voice of Nigeria talent Hunt show.

Patrick is the 28th richest musician in Africa with a net worth of 1.11 million US dollars & his source of incoming steaming majorly from music.

Salif Keita Worth 1.100 million US Dollars

Keita was born on 1949 August 25th in Mali and he is an Afropop singer.

He was born as royalty but was cast out due to being an albino. 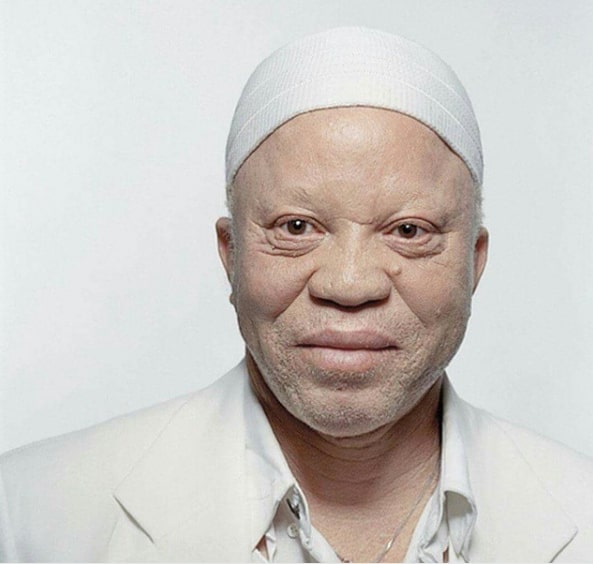 Salif Keita is known in Africa as the “Golden Voice of Africa”. In I984 the Afro-pop singer moved to Paris to reach a bigger audience.

His expectation paid off gaining recognition in Europe and the whole of West Africa.

His success in Europe earned him recognition as one of Africa’s stars of world music. During which he decided to return home after his exile.

Months after reaching home from his exile he decided to open a recording studio. Which led to the release of his Mouffou album.

The album marked his first-ever release since his exile. And the beginning of a blistering career in his hometown Mali.

Read this article to know more about his biography. And how he was a prince that became an outcast.

Salif currently has a net worth of $1.1 Million with his major source of income being music. Business and endorsement deals.

Quick Recap for you!

Awilo Longomba Worth 1 Million US Dollars

Longomba is one of the musicians that reigned in the early 2000s with songs like Makosa.

Awilo Longomba is a Congolese musician who started his music career as a drummer.

Superman was released in 2008 and received a positive review in Africa and the rest part of the world.

The album Superman won the award for best Soukous entertainer. International reggae and world music award with 120 countries voting in. He is the 30th Forbes richest musician in Africa with a net worth of $1 million US dollars. with his source of income stemming from music, endorsement, and his record label.

Awilo Longomba was born in Kinshasa (formally, Léopoldville). His father was from the Mongo region of Ecuador and his mother was also from Ecuador. The Congolese singer was born in the year 1962 May 6th

Music in Africa is fast-changing and evolving rapidly with the likes of Fally Ipupa, Wizkid, Davido. At its hem piloting the ship to a new direction of recognition.

People like Youssou Ndour is still well recognized because of their contribution. To Africa and its music as a continent.

Well, I have got to say it, this list of the top 50 richest musician in African 2021 is gigantic. But I hope you got all you needed?

Who do you think should make this list but is not in it?

I and my team strive to bring you a recent update as the years go by. This content will be updated frequently to include the most recent list of people.

Leave a comment below and tell us what you think.

Sarkodie and Shatta Wale Net Worth 2022 (A Must Read)

Who is the Richest Musician in Africa 2019

The richest musician in Africa in the most part of 2019 is Youssou Ndour however, the end of 2019 saw Akon top this list with a net worth of $200 million.

Who is the Richest Musician in East Africa

Who is the Most Popular Musician in Africa

The most popular musician in Africa currently is Wizkid and Davido who are also two of the richest in Nigeria currently. The 3rd on this list is Tanzania Diamond Platnumbz.

Who is the Richest Musician in Africa in 2020

The richest musician in Africa in 2020 is Aliaune Damala Badara Akon Thiam. The next person on this list is Youssou Ndour and the 3rd person is DJ Black Coffe.

Prev3 of 3Next
Summary 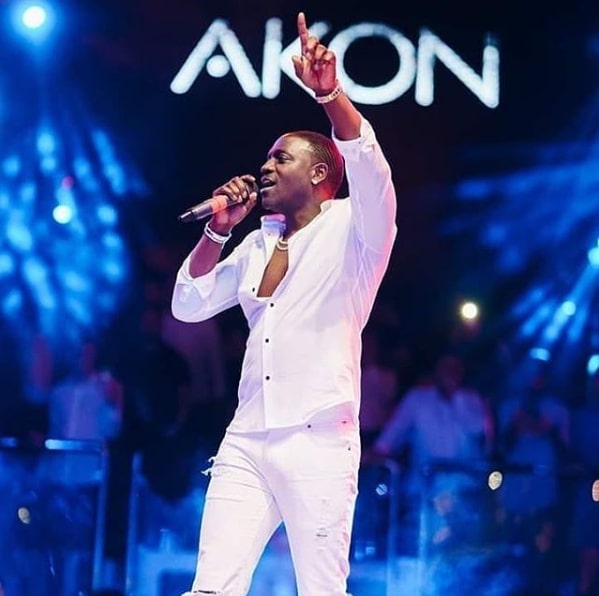 New Controversy: Mayorkun Gets Dragged For Picking Wizkid Over Davido
Scroll to Top